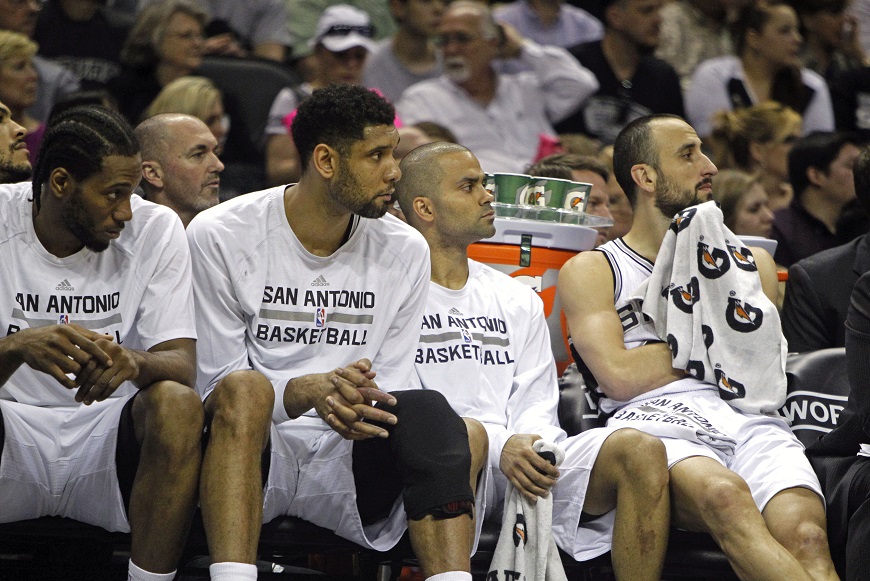 Welcome to the daily updates and injury news article. We'll try and update it right up to line-up locks with as much information as comes across our desks. Let's get to it!

Last night's picks can be found here, so you can wrap your mind around what you need to be looking at before lineups lock tonight.

By the way - we keep our projection system updated with all of the changes as they occur throughout the day right up until lineup lock. Every day. If you want access to that system so you can cut out a lot of the research element, click the button below!

Jimmy Butler is out
This one is a big boost to E'Twaun Moore who played 36 minutes last game and put up a 16/7 line. His price is still very much in the "reserve player" role even though he's looking down the barrel at healthy run. The only concern I have is Hoiberg isn't necessarily married to Moore (literally or figuratively) and there've been games without Rose and/or Butler when we've expected E'Twaun to run for days and he hasn't. This is also a tough matchup against the Spurs, but on a short slate I think you can take the risk.

Tony Parker will play
He sat out last game with a toe issue. Signs point to him going tonight and we probably could have included him in the daily picks article. Parker is very cheap on both sites and even with a modest 28 projected minutes, stands to hit or exceed value in this matchup. He's especially a bargain on DraftKings.

What We're Waiting to Know

Will Kobe Bryant play?
This news does effect things in a not insignificant way for tonight's slate. And it kind of goes both ways. If Bryant were a full go then he is a fantastic pay on DraftKings where he's only $4900. If you thought he was going to play just a little less than 30 minutes then he's almost a must start. On the flip side, if he sits then De'Angelo Russell and Jordan Clarkson see a decent boost in projected shot volume and floor time. It's a pain that this is the last game on the slate and there's a decent chance we simply don't know the answer going into early lineup lock.

Will Timofey Mozgov play?
This is less about Timofey and more about Tristan Thompson. Last night with Mozgove out of the lineup Thompson played 37 minutes with a nutso 18/15. I wouldn't necessarily pencil him in for the same projection, but he'd be in near "must play" territory were he locked in for most of the starting center minutes for the Cavs tonight. Again, much like the Kobe news, there's a chance we don't know prior to lineup lock. Though in this case I'd almost be willing to take the risk as Thompson isn't a bad play even when projected to come off the bench.

The "Every Lineup" Guys

LeBron James - FD 10100 DK 9800
Opponent - LAL
FD Proj. Pts - 46.86 DK Proj. Pts - 48.82
As of this writing there was no line on the Cavs-Lakers presumably because Vegas is waiting for Kobe news (and maybe a few other odds and ends). I suppose there's blowout risk here, but the Lakers have been feisty of late and on such a short slate I'm not sure I want to fade the top overall guy when fitting his salary is no big thing anyway. I'll have Lebron in every cash lineup and I suspect he's the highest percentage start on the slate among the upper tier salary guys.

Update: There is some speculation Lebron could sit tonight. It might be risky to play him.

For such a short slate there are actually quite a few differences between the DraftKings and FanDuel lineups. I'm obviously not going to go into the subtleties, but here are two examples.

Kyrie Irving - FD 7200 DK 7700
Opponent - LAL
FD Proj. Pts - 34.34 DK Proj. Pts - 36.61
He's a little more expensive on DraftKings which is why you aren't seeing him on that site. But the discount you get on FanDuel is a good case for why playing multiple sites makes for a solid natural industry hedge. Not that he's out of play on DK, but you are getting a great deal on FD.

Tony Parker - FD 4700 DK 4500
Opponent - CHI
FD Proj. Pts - 23.04 DK Proj. Pts - 23.65
The aforementioned Parker makes a solid value on both sites though I'm more inclined to play him on DraftKings because he's a little cheaper and the other point guards' pricing has outstripped their expectation just a tad. Parker's been used differently this season and Pop (and company) aren't shy about just running Patty Mills for longer stretches if they think they can exploit the three ball. But Parker doesn't need a ton of run at these prices.

Here are the players that wind up in each of the top 10 lineups produced by our lineup optimizer.

CHECK OUT OUR TOOLS NOW!