What a finish to last week's WGC-Mexico Championship. Phil Mickelson ended a long drought with his first win since 2013. It didn't come easy as Justin Thomas holed out from the fairway on the 72nd hole to take a one-shot lead but Phil made birdies on the 15th and then a long 19-footer on the 16th hole followed by back to back pars to take it to extra holes where he finished it off on the first playoff hole. Missed the action? Check out the highlights for yourself before we jump into this week.

This week the Tour heads back to Florida for the Valspar Championship from the Copperhead course at Innisbrook Resort. Year in and year out, this course ranks as one of the hardest on Tour and with its tight, tree-lined fairways, double doglegs, bunkers and water. With the challenges off the tee, we will most definitely see a lot of "Less than Driver" strategies from a ton of the players. Just check out some of the quotes from players(via Future of Fantasy).

The other interesting part about this course is that has five Par 3's and what all of them are 195 yards or longer. This challenge definitely helps keep the winning scores down as survival on these holes is key as we have seen just 16% and 15% of all birdies come from these five holes. The Par 5 holes are where most of the players will make it up as at least 45% of total birdies have come on these four holes over the last couple years.  Now let's take a look at the course dimensions and stats, previous winners, ket stats, and then dig into some picks for this week. 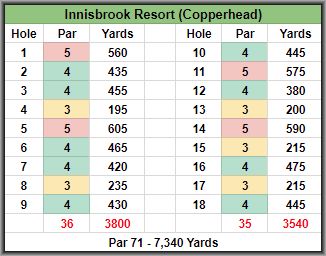 **Click HERE or the pic above to see a course breakdown from PGATour.com**

Spieth is still in heavy prep mode for the Masters and would love nothing more than to grab a win beforehand. He didn't play here at Innisbrook last year but comes back with some nice course history with a Top 20 in all four trips from 2013 to 2016 including a win in 2015. One thing that seems to correlate closely for his success is the scrambling/ Strokes Gained: Around the Green. Looking at the rolling report for SG: ATG here at Innisbrook(via FNGC), Spieth ranks 4th, 1st, 2nd over the last 4, 8, and 12 rounds. The one thing he will be looking to improve the most is the putting and if he gets that going, and I think he will, he will be atop the leaderboard late Sunday afternoon.

If you are looking for a cash game play on DraftKings, it will be hard to avoid Jason Dufner. He comes back with some excellent course history(for the price) as he has a Top 25 finish in five straight trips and a Top 30 finish in nine straight trips to Innisbrook Resort. Looking at the same rolling report for Strokes Gained: Around the Green, Dufner ranks 19th, 34th, 15th, and 9th over his last 4, 8, 12, and 24 rounds here. Also using Fantasy National Golf Club, we notice that Dufner is an excellent wind player and with this week's forecast, that will be key. 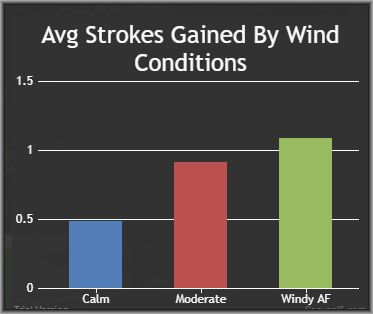 In the form section, I will be highlighting multiple players who bounced back in a big way after back to back missed cuts earlier in the season. First up is Byeong Hun An who missed cuts at the OHL Classic and RSM Classic in November but took a break over the holiday season and bounced back with a T23 at the Waste Management Phoneix Open and a T5 at the Honda Classic two weeks ago. If not for a 70/72 in the first two rounds of the Honda, he may have picked up a win as he finished very strong with a 69 on Saturday and a final round 65. In those two tournaments, he has gained a whopping 13.1 Strokes Gained: tee to Green highlighted by 9.2 Strokes Gained on the Approach shots and 5.2 Putting. Considering his price on both sites, I will be considering him in all formats this week.

After back to back cuts at the CareerBuilder Challenge and Farmers Insurance Open, Party Marty has been trending up in a big way. He has posted back to back Top 10 finishes at the Waste Management Phoenix Open and Genesis Open. He has gained positive strokes Tee to Green(8.8), Approach(3.7), Around the Green(3.7) and Putting(10.6) in those tournaments combined. He hasn't had much success here in the last two years missing both cuts(could help with own % this week) but did have a T33 in 2015 and what stands out more than anything is that he is good in Windy AF conditions.

Casey comes in #17 in my overall model this week thanks to missing the cut here in his one trip in the last five years but stands out statistically ranking #3 in that model. On the sheet, he ranks 4th in Strokes Gained: Tee to Green, 5th in Strokes Gained: Approach, and 5th in Strokes Gained: Ball Striking. The other stat that stands out for me is that he is #1 in Par 3 Scoring and Proximity from 200+ yards which correlates very high this week considering there are five Par 3's all coming in over 195 yards. Then to put the cherry on top, Casey is one of the most consistent cut makers on Tour making all six cuts this season and 26 straight overall going back to the Sony Open last year. He is safe in all formats.

Not far behind Casey in my stats model is Tony Finau this week at #5. While some see him as a bomber, he is so much more and the stats ranks prove it. Looking on my sheet(which is now 80% this season stats/20% last season), he is 3rd in Strokes Gained: Tee to Green, 7th in Strokes Gained: Approach, 6th in Strokes Gained: Ball Striking, and also stands out ranking 21st in Strokes Gained: Around the Green. That isn't all either as he ranks 16th in Par 3 Scoring, and 10th in both Par 4 and 5 Scoring and 12th in Birdie or Better %. He has been consistent this season making eight of nine cuts with two runner-ups and three Top 10's and after missing back to back cuts at Innisbrook, he broke through with a 5th place finish last season. All things considered, I will be using Finau in all formats this week.