Welcome back to another week of daily fantasy golf. I was off last week where we saw Bubba Watson take down the WGC Del Technologies Match Play and Brice Garnett get his first career victory at the fresh new event, the Corales Puntacana Resort & Club Championship.

With just one week until the Masters, the PGA Tour travels to Texas for the Houston Open. For those who are already in the field for the Masters, it is a terrific tune-up event as the Golf Club of Houston staff does everything they can to replicate some of the features at Augusta such as shaved banks, fast greens, and thin rough. It isn't exactly like Augusta as the scores here are about double that of the Masters so don't put the blinders on and just use that correlation. Here are a couple quotes from players that can really help in narrowing down what is important here at GC of Houston. For more quotes, be sure to head over to Future of Fantasy and check out the Golfanac.

This weeks field is a strong one with three of the Top 10(Spieth, Rose, Fowler) and seven of the Top 25 golfers in the world in action. The defending champion is Russell Henley who took down the tournament last year with a winning score of -20 and over the last five years at this event, we have seen an average winning score of -16. Let's dig in and take a look at the course trends, top stats in the model, and then some of my top picks when looking at course history, current form and stats. 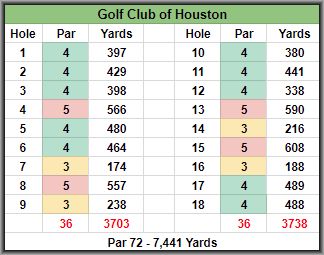 **Click HERE or the pic above to see a hole by hole breakdown of the course over at PGATour.com** 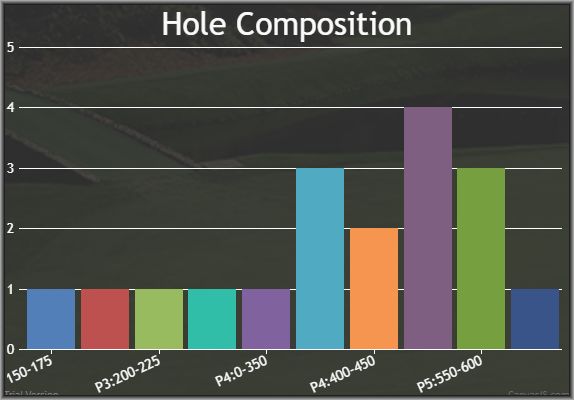 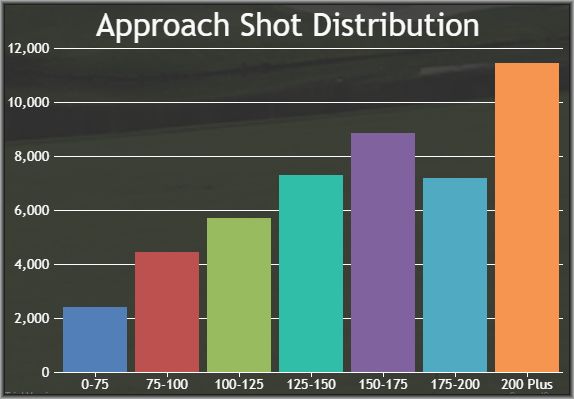 As the ninth most expensive golfer on DraftKings this week, Henley is going to be Top 3 in ownership and for good reason. He returns to the Houston Open with some amazing course history as he won the event last year and has finished Top 5 in three straight and Top 10 in four straight years. As you can see on the image below where I looked at top DraftKings scorers over the last 24 rounds(via FNGC) here, Henley leads the way not only in that department but also in Strokes Gained: Off the Tee, Strokes Gained: Short Game, and is 3rd in Strokes Gained: Ball Striking and 2nd in Strokes Gained: Putting. He doesn't come in with elite form but looking back he only had two Top 10's in 10 events last year and in 2016 he missed five straight cuts before finishing T5 here. Lock and load in all formats.

It is a bit of a home game for Vegas this week as he attended the University of Texas just two hours down the road. Looking over a quote from last year(via Future of Fantasy Golfanac), Vegas is clearly comfortable playing here and it shows with the results recently as he has T15 and T19 in his last two trips to the Houston Open. He made an early exit from the WGC Match Play last week but did have a T20 at the WGC Mexico at the start of March and has made nine of 11 cuts so far this year so there is even some nice form coming in this time around. At his value price on both sites, he is another golfer I will be targeting in all formats.

After finishing with a Top 10 at last years Tour Championship, Justin Rose sat at #13 in the world coming into this season. Since then he has picked up three wins on three different tours(HSBC Champions, Turkish Airlines Open, Indonesian Masters) and six other Top 10 finishes including back to back Top 5's coming into this week. He now returns to the Houston Open where he finished T15 last year, T37 in 2015, and T14 in 2010. He also fits the stats model this week ranking #4 on my sheet in Strokes Gained: Off the Tee, 2nd in Par 4 Scoring, 8th in Par 5 Birdie or Better %, and 2nd in overall Birdie ir Better %. He is #1 in my model and the only player in the field to rank Top 10 in all four categories. I don't think we need to pay up this high in cash games but he is my top GPP play of the week.

Hahn has been extremely consistent this season making all 10 cuts in stroke play events with a season-best runner-up at the Sony Open and three total Top 10 finishes. This week he stands out for a couple other reasons as well including the fact he is 30th in odds but 59th in DraftKings pricing and he is averaging more DraftKings points per tournament over his last five events(73.1) than all but one player(Keith Mitchell) in the sub $8K range. He hasn't flashed upside here at the Houston Open but has made three of four cuts over the last five years and he definitely fits the stats model. He ranks Top 25 in Strokes Gained: Ball Striking, Par 3, 4, and 5 scoring as well as Bogey Avoidance and Birdie or Better %. Hahn makes an excellent salary relief cash game play this week.

For my first stats pick this week I wanted to not only find a player who stands out on my sheet(mix of this year and last year stats ranks) but also a player who has been trending recently. Enter Keegan Bradley who is #11 in my stats model as he ranks 2nd overall in Strokes Gained: Ball Striking(7th in OTT, 5th in APP), 16th in Good Drive %, 16th in Proximity, and 15th in Par 4 Scoring. His only knock with my key stats are Par 5 Scoring and Birdie or Better %(can be attributed to his brutal putting). Digging deeper and looking at current stat form(via Fantasy National Golf Club), Keegan ranks 2nd in Strokes Gained: Tee to Green and 1st in Strokes Gained: Ball Striking(6th OTT, 4th APP) over his last 24 rounds. The story is the same with Keegan every week. If he can make some putts, he will likely find himself near the front page of the leaderboard. He has also been good here at the Houston Open with made cuts in four of his last five events including a T15 last year, T5 in 2015, and T10 in 2013.

Grillo is coming off a disappointing T50 last in Puntacana when he was priced as a Top 3 player and expected to be on the final page of the leaderboard on Sunday.  That alone will help with the ownership this week in GPP formats but I also trust him in cash games as well. This will be his first trip to the Houston Open but he fits the stats model in a big way as he ranks 8th in Strokes Gained: Off the Tee, 11th in Strokes Gained: Ball Striking, 20th in Proximity from 200+ yards, 15th in Par 4 Scoring, 15th in Bogey Avoidance, and 28th in Birdie or Better %. Looking at more current stats(Last 24 rounds) only confirms he fits the model. See below and get Grillo into your lineups in all formats.

**Weather Update(click pic to get update from Windfinder)**