This week the PGA Tour heads back to Texas to TPC San Antonio for the Valero Texas Open. It's another weak field event as just one of the World's Top 10(Sergio Garcia) and eight of the Top 50 golfers will be teeing it up this week. This makes pricing a bit inflated, especially for the high-end golfers which can ultimately push us to a more balanced roster construction, at least from a cash game standpoint.

The course is a Greg Norman design from 2010 with Sergio as the PGA Tour consultant. It has narrow Oak Tree-lined fairways with a ton native areas and while there is very little water, there are a ton of deep, challenging bunkers. The Oaks course is also a lengthy 7,435 yards so focusing on long hitters is a good strategy as well. There have been some shorter players off the tee who have done well here and if you are looking at some of them this week just make sure they are on point with their long irons and sand game. The average winning score here over the last five years has been -11 so it definitely won't be a birdie fest although I am always weighing Birdie or Better % as it correlates very highly with DraftKings scoring.

The other big factor here at TPC San Antonio is the wind so using the multiple sources available(Fantasy National, Future of Fantasy Golfanac) to pick out some strong wind players is definitely a good idea. The forecast is, by no surprise, calling for 12-16 mph winds for Thursday and Friday with guts in the 20 mph range. As of Tuesday, it appears the Thursday afternoon wave may be the one to target if doing a wind stack in GPP formats but be sure to check back on that forecast as lineup lock approaches.

Let's now jump in and look at some course information, trends, top stats, and break down some top picks when looking at course history, form, and stats.

**Click HERE or the pic above to see a hole by hole breakdown from PGATour.com** 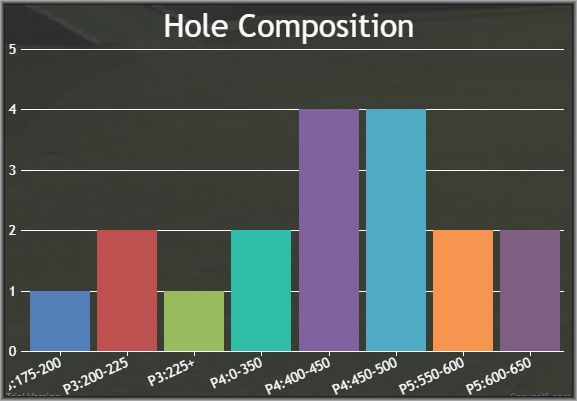 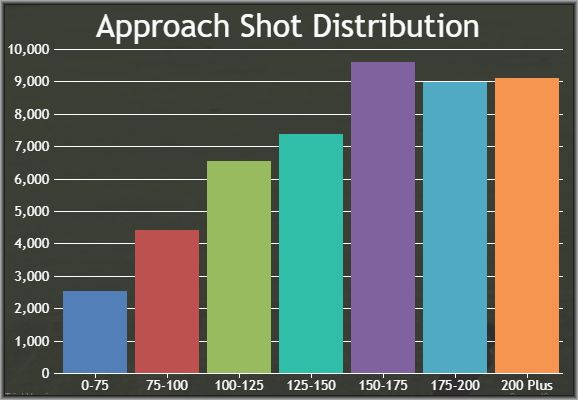 Strokes Gained Per Round by Cut Makers

Hoffman ranks #2inn my Course History model this week and cementing him in the top spot in this section is the history he has shown here over the course of his career. He has made all 12 cuts dating back to 2006 including his win two years ago and he has also finished 13th or better in 10 of those 12 events. Looking at the last 24 rounds data(via Fantasy National Golf Club), he is second to only Ryan Palmer in DraftKings scoring and he also ranks second in Strokes Gained: Ball Striking(5th OTT & 3rd APP). He is also just one of two players to rank Top 20 in all four categories on my sheet as he comes in with some nice form as well finishing Top 25 in three straight and four of his last five events. With a weak field, Hoffman's salary has reached a season-high on DraftKings($7,670 season average since ToC) which makes it hard to roster him in cash games but you better get some exposure in GPP as he comes with a high ceiling.

As it stands right now, Pat Perez is #1 in my overall model and is the only golfer in the field who ranks Top 10 in all four categories on my sheet. For me, it start with the course history and while he hasn't played here consistently(twice last five years) he has made the cut in seven of his nine trips with one withdraw. Among those seven cuts he has made, he has finished inside the Top 25 in each of them with three Top 10's and over his last 24 rounds here he ranks third in DraftKings scoring behind Hoffman and Palmer. He is coming off a missed cut at the Masters but has been have a good season with a win at the CIMB in the fall and has made nine of 10 cuts with three Top 10's and five Top 25 finishes. I won't be using him on FanDuel at his price but on DraftKings I think he makes an excellent target in all formats.

Since missing three straight earlier in the season, Luke List has been playing some terrific golf and tops the form list week both from an average finish and DraftKings scoring standpoint. He has made eight straight cuts with no finish worse than a T26 with three Top 10's and over his last five events, leads all players in the field with an average of 85.8 DraftKings points per event. He also fits the stats model this week in a big way(#2 on my sheet) ranking 3rd in Strokes Gained: Ball Striking, 10th in Strokes Gained: Around the Green, 2nd in Driving Distance, 13th in Par 4 SCoring, 13th in Bogey Avoidance, and 4th in Birdie or Better %. Looking at more current stats form(via FNGC), he leads all players in DraftKings scoring, Strokes Gained Tee to Green and Ball Striking, and is 8th in Strokes Gained: Around the Green over his last 24 rounds. While I don't think we need to pay up for List in cash games, I do think we need exposure in GPP formats and we should probably be overweight to the field.

Lovemark's form has trended very similarily to List's in that he has bounced back in a big way after some early season struggles where he missed four straight cuts from November to January. Since then, he has made six straight cuts with a Top 10 at the Honda Classic and over his last five events is averaging 68 DraftKings points(5th in the field). He ranks a little lower in the stats model than List(19th) but stands out in a few areas. He is ranked Top 21st in Strokes Gained: Approach, 12th in Strokes Gained: Around the Green, 18th in Driving Distance, 21st in Par 4 Scoring, and 20th in Bogey Avoidance. He is a GPP only play on FanDuel over $10K but in the mid $7K range on DraftKings, I will have exposure in all formats.

I ran two models this week(current stats from FNGC & my own long-term stats from sheet) and Ollie ranked Top 15 in both. On my sheet, he ranks Top 20 in Strokes Gained: Approach, Strokes Gained: Around the Green, Par 4 Scoring, and Birdie or Better % and over the last 24 rounds when looking at current stats form, he ranks Top 30 in each category as well(see below). The poor driving accuracy is what hurts his Off the Tee stats but I like is the lower ball flight which definitely helps in windy conditions. He also comes back to TPC San Antonio for the second time following his T18 last year and could be lower owned as his current form has not been great lately(T42, T41, T49, T64, Cut last 5 events). I don't think we have to use him in cash games but he makes a terrific GPP play on both sites.

It's been a long road back to the PGA Tour for Chesson Hadley and he is most definitely making the most of it. So far in the 2017-18 season, he has made 12 of 14 cuts including three straight Top 5's to open the season and now has five Top 10 finishes. His stats have been very impressive and looking at the sheet this week he ranks 1st in Strokes Gained: Approach, 5th in Strokes Gained: Ball Striking, 5th in Proximity, 3rd in Par 4 Scoring, 14th in Bogey Avoidance, and 2nd in Birdie or Better %. He has had up and down history here at TPC San Antonio missing the cut in his last trip in 201 but has shown upside as he finished T4 in 2015. He ranks as a good wind player and has also been positive on Bermuda greens. All things considered, he is a safe play in all formats.