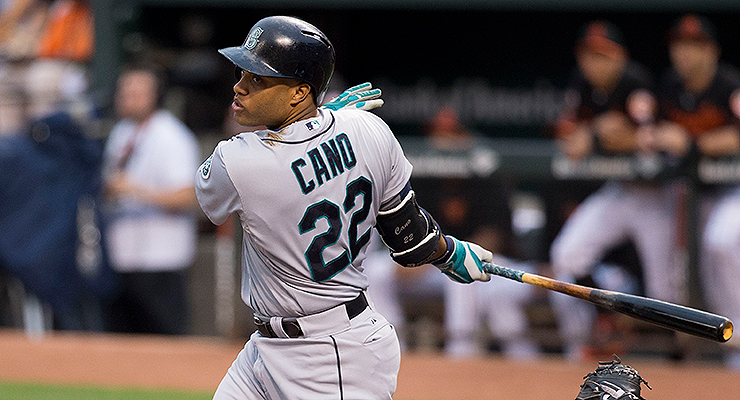 Cole has not been as dominant as he was early in the season but he has still been pretty darn good posting a 3.42 ERA and even better 3.10 xFIP in the month of September with eight or more strikeouts in each of those four starts. The Astros have locked up the division but that hasn't led them to limit one of their best pitchers as he hit 102 pitches in his last start. Overall, Cole is having one of his best seasons in the big leagues with a 2.92 ERA/2.98 xFIP with a career-high 12.6 K/9 and 14.1% swinging strike rate. He does get a terrific matchup against an Orioles team that has scored just 43 runs over the last 14 days and struck out 22% of the time and even if he is limited to something like 90 pitches, he is still clearly the best option given the other options on this small six-game slate. Fire him up in all formats.

**Update: There are weather concerns in Baltimore tonight with a chance of rain so make sure to stay tuned to the radar and forecast prior to locking in your lineups.**

The secondary options are very limited tonight so I will turn to the Mariners and Marco Gonzales who are huge -175 favorites at home tonight. He has been prone to some blowup games this season as illustrated by his 4.12 ERA but the good news is that he has operated with an xFIP (3.60) that is a half run lower. He also gets a plus matchup vs. a Rangers team that has struggled lately scoring just 37 runs over the last 14 days and has been slightly worse against left-handed pitching with a .310 wOBA and 87  wRC+. Gonzales has faced the Rangers three times already this season giving up seven home runs in one start but he has shut them down in the other two starts allowing zero earned runs in both. He doesn't provide a ton of upside but comes cheap on both sites putting im in play in all formats.

At the time of writing this, there are conflicting reports on who is starting for the Orioles but whether it's David Hess or Yefry Ramirez the Astros are still a top offense to target tonight. First up for me is Yuli Gurriel who has been scorching hot down the stretch as he enters tonight with hits in 12 straight and 19 of his last 20 games with nine multi-hit efforts, four doubles, five home runs, and 21 RBI. Ramirez has spent most of the season coming out of the bullpen but struggled in his last start allowing six earned runs and sits with a 6.07 ERA/5.13 xFIP on the season. Hess hasn't been much better as he sits with a 5.14 ERA/5.550 xFIP on the season and after giving up five home runs over his last two starts, he has now given up 21 over 18 starts(14.5% HR/FB). He is in play on both sites tonight but his best value comes on FanDuel where is the fourth most expensive option at the position.

The options are pretty limited at all positions, but if you are looking to save some salary at first base consider Tyler Austin. He is in no way a safe option as he sits with a .230 average and sky-high 35% K rate on the season but he does offer some upside with as he has blasted 16 home runs on the season with a 36% hard contact rate. Helping that upside tonight is the matchup against Francisco Liriano who is striking out just 18% of batters and has given up a .358 wOBA and 35% hard contact to right-handed batters.

The Mariners are well out of a playoff position but that hasn't stopped their bats lately as they have been red-hot scoring 69 runs over the last 14 days. One of the leaders down the stretch has been Robinson Cano who had a rough season dealing with a suspension for a banned substance. Since his return in mid-August, he has been very consistent with a .313/.364/.507 slash line and has hit six home runs with 24 RBI. He and the Mariners get a terrific matchup tonight against the Rangers and Ariel Jurado who has posted a 6.66 ERA and 5.22 xFIP on the season with a 44.6% hard contact rate. Cano is in play in all formats.

Rookie Jeff McNeil isn't going to provide us with much upside but is having a very solid season since being called up after the All-Star break hitting .337 with 33 runs scored. He is a very patient hitter that is only striking out 9.3% of the time which has led to an elite .390 on-base percentage. While the Mets have been a disappointing offense overall, McNeil does get a boost hitting out of the two-hole and gets a decent matchup tonight vs. Julio Teheran who is walking over four batters per nine and has struggled much more against lefty bats with a .326 wOBA against(.268 to righties) and a 39% hard contact right. With his consistency and lack of value options at the position, McNeil is a top target in all formats.

In 2017, the Astros players all put it together at the same time and were rewarded with the franchises first World Series title. While they have already clinched another playoff spot, some of their hitters have regressed this season and Marwin Gonzalez is one of them. After hitting over. 300 for the first time in his career he enters tonight with a .249 average but the good news is that he has been much better down the stretch hitting .273 with a .355 on-base percentage since the start of September. On top of that, he gets a boost if he is back in the 4/5 hole where he has spent most of the last two weeks.

If the weather forecast holds up in Baltimore and you are unable to fire up Gerrit Cole or any of their bats, salary won't be an issue and I love the pivot to Mondesi at shortstop. He was called up in June and has been solid all season with a .285 average but he has been even better down the stretch where he has posted a .305/.330/.568 slash line in September with six home runs, 17 runs scored, and 10 stolen bases. His strikeout rate(27%) is a bit concerning but the upside makes up for it and he also gets a plus matchup against Josh Tomlin who isn't striking anyone out(5.62 K/9) and sits with a 6.44 ERA on the season. Fire up Mondesi in all formats.

The Braves are another team I will be heavily targeting tonight on this small slate. They are road favorites in a matchup against Jason Vargas and while he has been better lately he is still giving up a ton of power with four home runs in his last three starts and 18 over 19 starts this season(17.8% HR/FB). As you would expect he has also struggled more against righties with a .376 wOBA against(.331 to righties) and Johan Camargo is a switch hitter that has also been better against lefties with a .358 wOBA, 123 wRC+, .224 ISO. He also comes in with a five-game hit streak and has been one of the more consistent bats in the Braves lineup all year with a .272 average, .351 OBP with 18 home runs and 75 RBI. At these prices, he is in play in all formats.

If you are looking for even more value at the third base position, consider Ehire Adrianza. He has spent parts of six season between the minors and majors and doesn't provide a ton of upside but has been good down the stretch as he enters tonight with an eight-game hit streak including three multi-hit efforts, seven doubles, and six RBI. He hits down in the order which is a hit to his overall raw points projections but at these prices, the PTS/$ value is definitely there on a small slate in a matchup against Liriano.

Ronald Acuna Jr. is having a tremendous season for the Braves who are headed back to the playoffs for the first time since 2013. It is a close one that will go down to the wire but it appears Acuna will be the NL Rookie of the Year as he has posted a .288/.364/.555 slash line with 26 home runs, 60 RBI, and 77 runs scored. He hasn't been as good down the stretch but gets a good opportunity to shine tonight as he has absolutely crushed left-handed pitching to the tune of a .411 wOBA, 159 wRC+, .300 ISO, and .983 OPS. He is my top outfielder from a raw points perspective.

The Mariners currently sit slightly behind the Indians in implied runs(5.1) tonight and despite them missing the playoffs once again, have been red-hot and are excellent targets on this small slate. They have scored 69 runs(4th most) over the last 14 days and one of the top bats has been leadoff hitter Mitch Haniger who has a .400/.436/.660 slash line in that time with 13 runs scored. Overall, Haniger is having a terrific first full season in the big leagues hitting .285 with a .366 on-base percentage with 88 runs scored. While hitting mostly out of the leadoff spot, he has also provided power upside with 26 home runs and 91 RBI. Fire up Haniger in all formats in this excellent matchup.