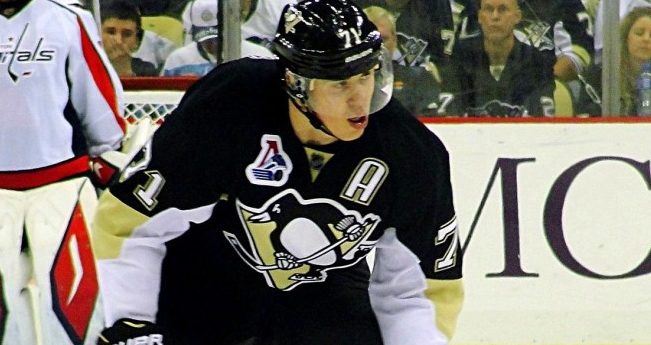 Welcome back hockey fans. After a slow Halloween in the NHL, we have a jam-packed Thursday with 12 games on the main slate including every team that is currently ranked inside the Top 10 in offense. Let's jump in and take a look at some of the top plays at each position and then don't forget to grab a copy of my cheatsheet in the comments section highlighting all my top plays and stacks.

After a red-hot start to the season, Gibson has stumbled a bit lately losing four straight and has given up nine goals in his two starts. Normally I would probably only consider Gibson a GPP option with his form but considering the other options are either good goalies in bad matchups or average goalies in good matchups I will be rolling with Gibson who is very talented and gets a plus matchup. He will face a Rangers team who did burn us the other night if you used Martin Jones but still rank 27th in offense overall. The other thing I like about Gibson is the upside as he is currently facing 38 shots a game. The Ducks are -155 favorites at this point and I will be using Gibson in all formats.

The matchup for the Lightning and Vasilevskiy isn't great tonight facing the Predators 6th ranked offense(3.5 goals per game) but he is still too cheap on DraftKings under $8K. He is also one of the top 3 goalies in the league in terms of talent and after three straight wins, he enters tonight with a 6-1-1 record with an elite .935 save % and will be at home as a -130 favorite. Not only is the win expectation there for the Lightning tonight but the Preds take over 30 shots per game while the Bolts allow over 30 shots per game which helps the upside for Vasilevskiy and it only helps that he has an elite offense in front of him. He will be a GPP only option for me on FanDuel but at his price, on DraftKings I will consider him in cash games as well.

If you have the room to pay all the way up, Connor McDavid is our top projected play tonight as he has a point on 56% of his team's goals so far this season(18 total points). From a PTS/$ standpoint, I will be going back to Evgeni Malkin tonight who is $400 cheaper on DraftKings and $600 cheaper on FanDuel. For cash games, he has seen an uptick lately with 18 shots in his last six games but the upside is where he has thrived with 19 points in 10 games this season with the help of six multi-point efforts. This will be the second of the home at home series vs. the Islanders and the first game with a 6.5 Vegas Total never disappointed with nine total goals and I think this time the Penguins will get the upper hand. Fire up Malkin in all formats.

The Red Wings offense overall has been a disappointment ranking 27th(2.5 goals per game) but one player that has stood out is Dylan Larkin. He leads all forwards on the team in ice-time(20:45) while leading the entire team in goals(6), points(12), and shots(41). Averaging over three shots per game puts him squarely in the cash game conversation and like I mentioned with the Tampa guys the other night the Devils have started to regress defensively allowing 24 goals in their last five games. Larkin is an excellent target in all formats.

Also Consider: Jack Eichel(BUF) in all formats averaging four shots per game and in a smash spot against the Senators 30th ranked defense or Logan Couture(SJ) in GPP's as he doesn't have the shot volume but does have a ton of upside with 14 points in 12 games and faces the struggling Blue Jackets defense

On DraftKings, it makes a ton of sense to pay up for Patrick Kane who is only $300 more but what stands out with Palmieri is his price on FanDuel in the mid $6K range. Despite an average 14.7 iCorsi/60 rating he has produced an average of 3.3 shots on goal per game(accurate) giving him a high floor for cash games. The upside is what I like the most with Palmieri as he skates on the top line with Taylor Hall and has already recorded 14 points through nine games with seven coming on the powerplay. The Red Wings defense has been better lately but still ranks 27th overall allowing 3.8 goals per game. All things considered, I will be using Palmieri in all formats on FanDuel and as a GPP pivot on DraftKings.

Targeting against the Blue Jackets has surprisingly become a thing this season as they have allowed four or more goals in seven of their last eight games and now rank 29th in defense. With Joe Thornton back in the fold, the Sharks have moved red-hot Timo Meier up to the top line and for good reason as he has scored a goal in five straight and six of his last seven games and has tallied four or more DraftKings and 13 or more FanDuel points in 10 of his 12 games this season. This is also another case of mispricing as he is the same price as Evander Kane on DraftKings but sits in the low $5K range on FanDuel making him an excellent target in all formats.

Also Consider: Nikita Kucherov(TB) in GPP formats on DraftKings under $6K and Alex Tuch(VGK) in all formats, especially on FanDuel in the mid $4K range

Vatanen may not have the upside of some of the other options near the top of the salary at the position but he does come at a slight discount and offers a very high floor. He is one of just two D-men on this slate who are a currently averaging three shots and two blocks per game and the other is Seth Jones who has just four games played. He skates over 23 minutes per game on the top pairing and powerplay unit and is a terrific mid-range choice in all formats tonight against a Red Wings team that ranks 27th in defense adn is allowing just under 35 shots per game.

Ian Cole isn't the upside option we are looking for to get us a ton of points and win a GPP but he makes a ton of sense in cash games. First of all, he gives us a ton of salary relief so that we can build around a couple superstar players, especially on a giant slate like tonight. While the shot volume is nothing to write home about(seven in the last four games) he hits value almost every night with shot blocks and with 18 over the last four games he is now averaging 3.3 per game.