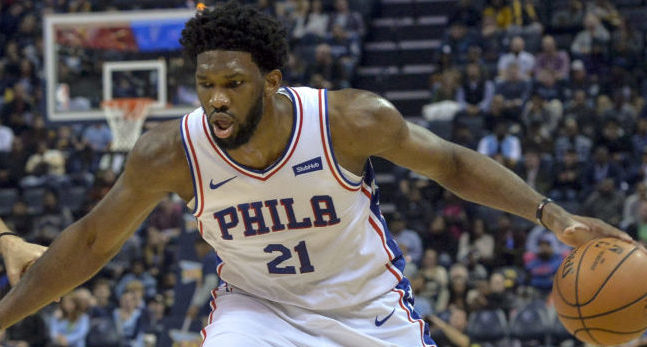 De'Aaron Fox FD - $8200 DK - $7200
Opponent - PHO
Proj Pts FD - 41.44 DK - 41.23
It only took Fox 23 minutes against the Magic on Monday to rack up 20 points and five steals with the Kings blowing the doors off of Orlando. You don’t have to worry about Sacramento getting full run here on the back-to-back considering they didn’t have to overexert on Monday. It puts Fox in a great spot again against a Phoenix team ranked third-to-last in defensive efficiency this season. They don’t play at the trademark Suns’ pace of the past, but the lack of wherewithal on D more than makes up for it. I really like Fox’s DraftKings’ price and he should be able to put work in against the Melton/ Okobo point guard pairing of Phoenix.

After Fox, the point guard pool is a bit murky as of this writing. You can strongly, of course, consider Russell Westbrook, though our system isn’t seeing him as the clear big money payoff on this slate. He’s put up triple-doubles in three of his last four games. But the Timberwolves have, in general, been good against the position this season. Who knows what the future holds with the new coach though.

De'Anthony Melton would be in play if Devin Booker were to sit. Much of the slate could hinge on that injury news.

And then there are the Pacers. As of the is writing Darren Collison and Cory Joseph are both questionable. If either or both sat we’d be looking at an interesting situation. Keep an ear out for this news.

Bogdan Bogdanovic FD - $6500 DK - $5900
Opponent - PHO
Proj Pts FD - 33.5 DK - 34.73
Bogdan was uber chalk on DraftKings on Monday and didn’t disappoint, putting up 15 points, eight rebounds and seven assists against the Magic in the start. The Kings blew out the Magic, but Bogdan got, by far, the most minutes of any starter (32, the next closest was Hield at 25). He’ll get a chance for a repeat performance against the Suns on Tuesday. I’m a bit concerned that the Kings manage his minutes on the b2b because they’ve done this before. But he’s a tough fade on DraftKings especially if he’s still in the starting lineup.

Alec Burks FD - $4500 DK - $4700
Opponent - IND
Proj Pts FD - 26.95 DK - 27.39
With Rodney Hood still out and the Cavaliers releasing Patrick McCaw, Cleveland is still short on wing/ guard types in their rotations. Burks has played 30 or more minutes in four of his last five games and should be in line for similar run here against the Pacers as long as he remains in the starting unit (and there’s no reason to suspect he won’t). He put up double-digit shot attempts in three of those games and has averaged 14 points, four rebounds and four assists in that stretch. You can do worse on FanDuel at his price point and if they are without Matthew Dellavedova again then the minutes really look secure. You can also consider Jalen Jones off the bench if the Cavs are looking thin in the backcourt.

The Timberwolves fired Thibs so their team is a little up in the air. But keep an eye on Josh Okogie if he sticks in the starting lineup.

T.J. Warren FD - $6200 DK - $7100
Opponent - SAC
Proj Pts FD - 31.32 DK - 31.3
Devin Booker is currently questionable for the Suns after leaving Sunday’s game early with back spasms and sitting out Monday’s practice. I like Warren as a cash game play almost independent of Booker’s status, but the former would vault to the top of the cash game considerations if the latter sat. Warren has a 23.1 usage rate this season, but that number bumps up to over 25% with Booker off the court. It’s not a tremendous boost, but considering the guy is already taking high-teens shots per game, he’d be a great cash play at these prices. Of course, as we’ve said before, the big change for Warren this season has been taking the three-ball. He shot 1.4 attempts per game last season and has basically tripled those triples up to 4.4 per game. He’s also knocking them down at an elite 44%.

Paul George FD - $10000 DK - $10300
Opponent - MIN
Proj Pts FD - 51.41 DK - 52.28
There could be a decent amount of value on this slate and not all that many ways to spend up on salary. George went for 32 points and 12 rebounds two weeks ago against these same Timberwolves and is in a good spot to take advantage of a team in flux after their head coach was unceremoniously fired on Sunday. They don't guard the wings all that well when Robert Covington is out of the lineup and George should see an underwhelming combination of Andrew Wiggins and Josh Okogie in this matchup. I like PG's chances. The usage remains solid even when sharing the court with Westbrook and the Thunder are definitely finding a way for both to coexist in terms of scoring.

Thaddeus Young FD - $6000 DK - $5900
Opponent - CLE
Proj Pts FD - 30.82 DK - 29.94
Myles Turner is currently questionable after sitting out Sunday and not practicing on Monday. It very much looks like he’d sit again on Tuesday. If that were the case, look for Sabonis to be a chalk play once again at the power forward position. Over the last two games, Sabonis has run 31 minutes in each and averaged 20 points, 11.5 rebounds and 4.5 assists. The price hasn’t corrected enough if he’s going to be in the starting lineup against this Cavaliers’ team.

Young would be in play as well. He’s run 33 or more in minutes in four of the last five with double-digit shot attempts in three of those games. The Cavs offer just such a great matchup considering how weak they are on defense in general and especially on the interior with very little size (even with Tristan Thompson back in the mix).

Marvin Williams FD - $5500 DK - $5300
Opponent - LAC
Proj Pts FD - 27.98 DK - 27.84
With Jeremy Lamb out of the lineup for the last couple of games and the Hornets also a little thin in the front court because of the Cody Zeller injury, Williams has had a couple of nice games. He's put up 12 and 15 shots respectively in the last two and scored 16 points in both. He's also chipped in on the boards and added some defensive stats here and there. I don't mind the mid-tier price points for a guy who can hit the three-ball and he does fit a need on FanDuel where rostering two power forwards can be dicey on the best of nights.

If Devin Booker sat, expect a big bump out of Josh Jackson.

Joel Embiid FD - $11500 DK - $11000
Opponent - WAS
Proj Pts FD - 57.47 DK - 59.76
Embiid continues to put up eye-popping numbers on the season, averaging 27 points, 13.5 rebounds and two blocks per game. The minutes remain steady and he’s drawing an excellent matchup against a Wizards’ team fielding a lot of Thomas Bryant at center. There’s a possibility they go with a little more Ian Mahinmi to counteract Embiid’s offensive game, but those two guys should act as little more than speed bumps. On a bigger Tuesday slate of games, Embiid is looking like the big money pay up option to consider. He’s getting expensive for sure, but few other players in the game have his kind of fantasy floor. And only one other of them is playing tonight (Westbrook).

Guillermo Hernangomez FD - $5100 DK - $4400
Opponent - LAC
Proj Pts FD - 27.1 DK - 27.55
Here’s your battle of the cheap, value centers on this slate. And amazingly, there are three of them in one game. Gortat has, somewhat out of nowhere, come on and played a lot of quality minutes over the last three games. In that stretch he’s averaging 24 minutes, 11 points and 10 rebounds. The points are buoyed by one 18 points game, but the rebounds have been steady and he’s coming so cheap on FanDuel that I like him as a cheap option.

On the other side of the ball, the Hornets are mixing and matching their centers with Cody Zeller out because of the injury. Biyombo and Hernangomez split time last game and for what it’s worth, both basically came out paying their salaries. If Biyombo gets the start again I’d still be bullish on his minutes’ floor but Hernangomez is the better, per-minute fantasy scorer.