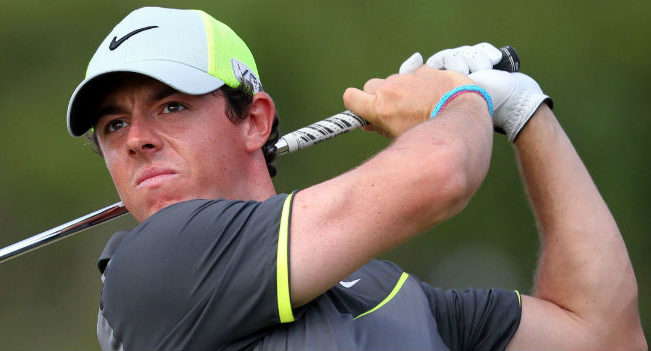 After a week off from the regular stroke-play events, we are back to break down the 2019 Wells Fargo Championship. The field is strong at the top once again, led by three of the World's Top 10 golfers in Justin Rose(#2), Rory McIlroy(#4), and Rickie Fowler(#10).

When analyzing course history this week, there are some things to keep in mind. First of all, you will see on my sheet that I have five years history but left out 2017. That is because Quail Hollow hosted the PGA Championship while Eagle Point was the one year host of this event. I have included the 2017 PGA leaderboard on my sheet for reference as well. The other big thing to note is that the course was reconstructed and went from a Par 72(pre-2017) to a Par 71. With the changes, the course played as one of the hardest courses on Tour a year ago, the first Wells Fargo Championship since the reconstruction. Check out the changes in the video below.

As you will see in the course breakdown below, nine of the 11 Par 4 holes are listed at 449 yards or longer with five of them exceeding 475 yards in length. This puts a ton of emphasis on bombers this week and/or players who are on point with their long irons. I will also be weighing Par 4 scoring over Par 5 scoring this week and looking at the results from last year help paint the picture. All but one player who finished Top 10 in Strokes Gained: Par 4 finished the tournament Top 10 including the winner Jason Day. While the Top 3 players in Par 5 scoring all finished Top 10 including Jason Day, there were only four overall with four finishing outside the Top 20 and one missing the cut. The trends can be found going back to 2016 and prior as well.

With all that info, let's take a look at the course, previous winners, and then jump into the picks. 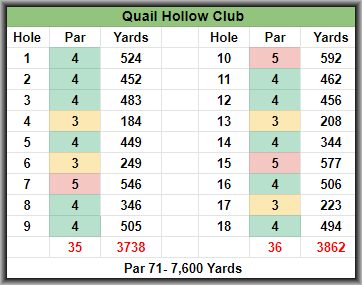 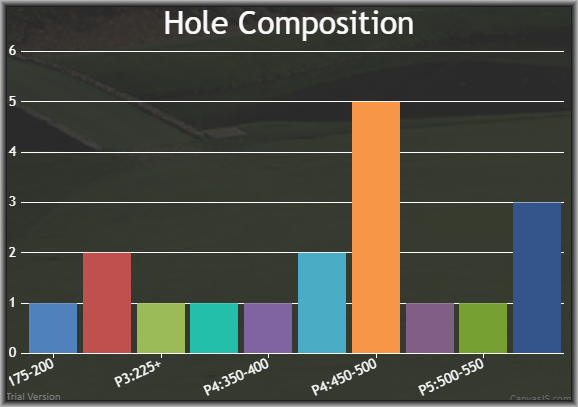 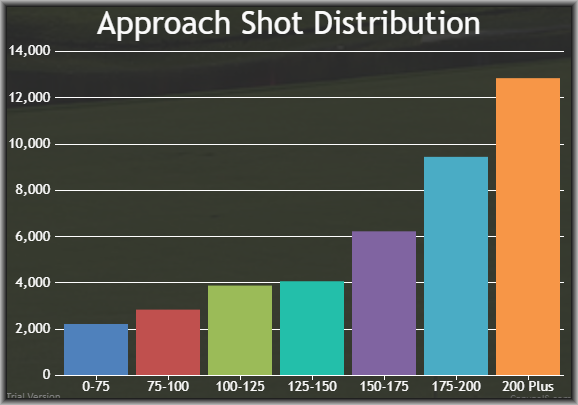 McIlroy is ranked #1 in my model this week by a wide margin as he checks every single box. He has won this event twice(2015, 2010) and finished 16th or better in seven of eight trips with just one missed cut(2011). He disappointed at the Masters with a T21 but did finish strong on Sunday with a 68 and has finished 6th or better in each of his other six events this season including a win at the PLAYERS. He is #1 in my stats model on my sheet and looking at more recent model using Fantasy National Golf Club, Rory also ranks #1. It will be very tough to fit him in cash games at this price but is most definitely a part of my GPP core.

From a cash game perspective, I will be focusing on Tony Finau in the top tier this week. He has played here three times finishing Top 30 in all three and while he didn't stand out at the 2017 PGA Championship(T44) he did make the cut in an elite field of players. Looking at his form, he has been very consistent overall making 11 of 12 cuts at stroke-play events with two Top 10's and seven Top 25 finishes. He also stands out statistically rankings 12th in SG: Off the Tee, 6th in Driving Distance, 30th in SG: Approach, 2nd and 17t in Proximity from 175-200 and 200+ yards, and 16th in Par 4 Scoring. I will have exposure to Finau in all formats this week.

Some might get turned off when looking at his recent history at this event as he has missed the last three cuts here but I will be deferring to current form in this spot as he has not entered this event playing any better than now. He has started the season making 14 straight cuts and, in fact, hasn't missed a cut since the OPEN Championship last July(20 straight). Looking at the last 24 rounds stats(via FNGC) Kokrak ranks 1st in this field in SG: Approach, 7th in Par 4 Scoring, and 17th in SG: Off the Tee(26th in Distance). Kokrak is in play in all formats.

Since missing four straight cuts earlier in the year, Dahmen has been in a nice groove making five straight cuts(six if you count Zurich) including three finishes of 16th or better. He now returns to the Quail Hollow where he impressed with a T16 in his first trip last year. While he doesn't really stand out in any one area when looking at the stats, he is solid across the board and only two players under $8K on DraftKings have averaged more DK points per event over the last five events. The price has slowly started to go up but I will still have exposure in all formats.

Thompson stands out this week for me as he is the only player in the sub $7.5K range on DraftKings to rank Top 25 in both my model on my sheet and my custom model on FNGC. The 34-year-old veteran is having his best season since he picked up his lone win back in 2013 but has been much more consistent in 2019. He has made nine of 12 cuts(75%) and more notable is that he has already posted four Top 10's and seven Top 25 finishes. Looking at the last 24 rounds data(via FNGC), he ranks Top 30 in  SG: Approach, Par 4 Scoring, and both Proximity from 175-200 and 200+ yards. He will be a core play for me in all formats.

Burns made the cut(T55) here a year ago in his rookie season and comes into this year's event with much better form. he can be streaky at times missing seven of 17 cuts overall but comes in having made seven straight(stroke play events) with a Top 10 and three straight Top 25 finishes. He doesn't pop completely when looking at the stats but is long off the tee and ranks 34th in this field in SG: Off the Tee and is Top 30 in Scrambling and Bogey Avoidance. All things considered, I think we can use him in all formats this week.