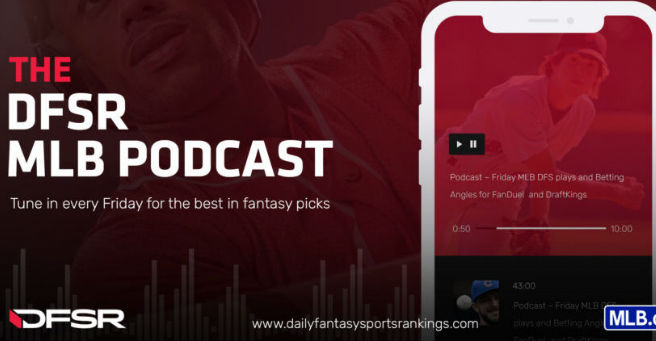 DFSR’s Doug Norrie and James Davis take to the podcast to offer a double episode of sports’ talk with a MLB plays for FanDuel and DraftKings, plus a look at the NBA Finals as the Warriors-Raptors series heads into Game 6.

For pitchers, they look at Justin Verlander against the Brewers, but also Brandon Woodruff taking the mound opposite for Milwaukee. The latter has been excellent this season after being converted from a reliever. They also discuss Jose Berrios, Joey Lucchesi and try to make sense of Mike Soroka’s season.

On the stacks side, there’s the Blue Jays - Orioles game featuring two gas cans in Edwin Jackson and David Hess. The Twins face off against Tommy Milone and Minnesota righty bats could be chalk once again. And the guys talk about Mitch Keller and why the Braves’ run line might be a little high.

And finally, the guys get into some NBA talk, looking back at a crazy Game 5 between the Warriors and Raptors as well as a look ahead to Game 6. They talk about the gross actions by the Toronto crowd, the ill-fated Raptors’ timeout, and Doug makes some strong calls about his feelings on the Game 6 outcome. It’s a packed MLB and NBA podcast.