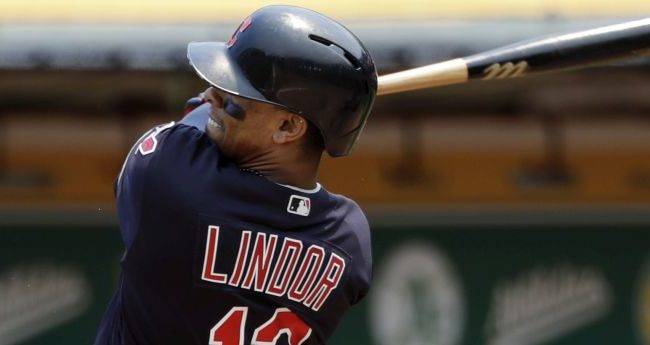 Tuesday's MLB action has some mid-tier arms in plus spots and some stacks against weaker arms.

Monday night was actually one of my best nights of the season and we're hoping to keep the momentum rolling here. The good news is that we have no Coors Field game to throw everything out of the loop and that makes it a little easier on us DFS players. With that in mind, let's get to some of our plays.

Woodruff has quietly developed into one of the best pitchers in the league and it's a wonder why he hasn't cracked five-figures on both sites. What's really impressive about Woodruff is his floor; he's scored at least 20 FD points in all but one start this season. That has led to him posting a 3.87 ERA and 1.16 WHIP while striking out 96 batters across 81.1 innings of action. He's done a lot of that damage in Miller Park and the move to Petco should only help here. Facing San Diego is simply the icing on the cake, with the Padres ranking 28th in xwOBA and 27th in K rate.

Flaherty is way too good of a pitcher to be priced this cheap, especially in a premium matchup. Since joining the rotation last season, Flaherty is pitching to a 3.65 ERA and 1.14 WHIP while striking out 264 batters across 224.2 innings. That's backed up by the fact that he has a wOBA and an xwOBA both below .300 in that same span. Getting to face the Marlins only adds to his intrigue, with Miami sitting 30th in both wOBA and runs scored while ranking 29th in xwOBA and OPS. Not to mention, Flaherty is likely to enter this game as a -200 favorite, if not higher.

Cole Hamels has been stellar recently and gets a superb matchup against a White Sox team that has one of the worst K rates in the Majors.

It's strange that Adams price hasn't risen more considering he's quietly taken over as the primary first baseman for the Nationals. We're talking about a guy with an .805 OPS since the beginning of 2015 and he's been even better against righties. In fact, Adams has an .860 OPS in that same span against right-handed pitching and is typically batting fourth or fifth in these circumstances. He comes into this matchup hot too, providing three homers and eight RBI over his last two games.

Olson has truly developed into one of the best power hitters in the game and we have to love him against this nightmarish Orioles pitching staff. This Baltimore club ranks dead-last in both runs allowed and homers surrendered, as a home run-hitting team like the A's should feast on this staff in this series. Gabriel Ynoa is definitely a part of that, pitching to a 5.02 ERA, 1.43 WHIP and .484 oSLG.  The reason we love Olson here is because he gets the platoon advantage in his favor, posting a .531 SLG and .868 OPS against righties since 2017.

If you're in need of a catcher, Danny Jansen has the platoon advantage in his favor and remains near a minimum price.

Kipnis is not a guy you're going to get excited about but it's hard to argue with his situation. What makes him an enticing option here is that he's been hitting cleanup recently. That's bizarre considering his struggles but it definitely adds to his value. What further bumps him up the ladder is the fact that he gets to hit in Globe Life Park, which is easily one of the three-best hitting parks in the Majors. The final piece to the puzzle is that he gets to face a righty, with Kipnis posting a .787 career OPS with the platoon advantage in his favor.

Alright, second base is an absolute dumpster fire, so we're going to punt the position. Castro is definitely a guy to do just that, as he's one of the cheapest players at the position. The matchup against Mitch Keller is what puts him in play, with the Pittsburgh righty pitching to a 15.43 ERA and 3.00 WHIP. Those are laughable numbers in a small sample size but it needs to be taken into consideration. Castro was actually moved up to fifth in the order recently and that prime spot paired with this matchup puts him in play at this price.

We definitely want to get Indians into our build because hitting at Globe Life is huge for anyone. Getting that ballpark boost is obviously big but Lindor is quietly one of the best hitters in the game right now. Over his last 26 games, Lindor is providing a .396 OBP while collecting nine doubles, six homers, 20 runs scored, 12 RBI and five steals. That has led to him scoring double-digit fantasy points 19 times in that span, which is simply impossible production to overlook. Lindor is traditionally better against lefties but his .926 OPS against righties is more than 100 points higher than his tally against lefties so far this season.

Semien has been batting leadoff for the A's almost all season and it's done wonders for his fantasy value. While he got off to a slow start, recent results show that he's really adjusting to this new role. Over his last 12 games, Semien is hitting .404 while providing three doubles, three homers, 10 runs scored and 11 RBI in that span. Those ridiculous numbers are not indicative of this price and we have to love the leadoff hitter in a game where his offense is projected for more than five runs.

Carpenter has been very disappointing for season-long owners but he's simply too good of a player to be below $4,000 on both sites. We're talking about a perennial all-star who has a career .385 OBP and .865 OPS against right-handed pitching. Despite the struggles this year, Carpenter still has an .864 OPS and .488 SLG against righties since 2017. That shows that he's really found his power stroke the last three seasons and it's just a matter of time before he gets hot.

Guerrero has also been a disappointment this season but it's hard to argue with this guy's hitting profile. We're talking about arguably the biggest prospect of the last decade and it's just a matter of time before he hits .300 and provides 30 homers and 100 RBI. That's the potential he possesses, as he was one of the greatest minor league hitters ever. What we love about him here is that he gets the platoon advantage in his favor, with Vlad posting an OPS north of 1.100 against southpaws for his minor league career. Guerrero is inevitably going to get to $5,000 on DK and $4,000 on FD, so keep buying on him 'til he gets there.

Many people counted Schwarber out after a couple of down seasons but the move to the leadoff spot this season has done wonders for his confidence. While his .233 AVG is nothing to write home about, Schwarber is posting an .890 OPS over his last 31 games. He has 11 homers, 24 runs scored and 21 RBI in that span too, as his .302 average over the last 13 games shows that he's really starting to become comfortable. What we love here is that he gets the platoon advantage against Ivan Nova, who's pitching to a 6.28 ERA, 1.60 WHIP and .387 wOBA so far this season.

Pederson and Schwarber are actually very similar players, as they both thrive in the leadoff spot with the platoon advantage in their favor. Pederson's splits are much more pronounced than Schwarber's though, with Pederson hitting all 18 of his homer against righties this season. That has led to him posting a .976 OPS against right-handers so far this season, which is truly scary atop one of the best lineups in baseball. Facing Shaun Alexander can only help, with the Giants righty generating a .338 xwOBA and 4.39 FIP.

Davis is probably my best bet on the board to homer and he's a must-use in an A's stack. We're talking about a guy who leads the league in home runs since 2016, posting an ISO near .300 in that span. That's simply elite power and it definitely puts Davis in play here against the worst pitching staff in baseball. The slugging DH is starting to find his power stroke too, homering in three of his last six games.