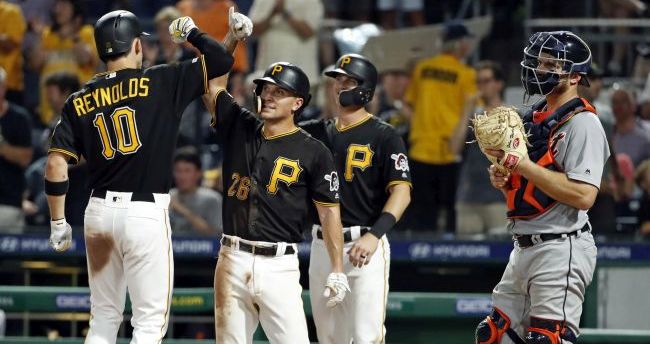 Hello baseball fans and welcome to my new article series covering season-long baseball. To start, I will be looking at players who are widely available across fantasy leagues(60% or less owned). While the draft process is very important at the start of the season, being active on the waiver wire is the key to the six-month grind that is fantasy baseball.

Let's start with an option who is a better fit in keeper leagues but can also be used as a streamer if you are in a redraft league. Since being drafted in the 3rd round in 2016, he made his way all the way up to AAA in 2017 and has posted a 2.88 ERA, 17-10 record with a 27% K rate in AAA since the start of last year. He was called up and impressed in his major league debut going five innings allowing just five hits and one earned run against the Cards and also flashed upside with six strikeouts. He isn't overpowering but comes with excellent command and very well could be a top of the rotation arm for the Marlins moving forward.

Heaney is coming off an excellent 2018 season(4.15 ERA/3.68 xFIP, 24% K & 6% BB rate) following Tommy John surgery in 2017. Unfortunately, he was shut down this spring with inflammation and didn't make his debut until May 26. He has been very up and down over his first five starts giving up five earned runs twice and walking seven in his last two starts but he has also flashed big upside with 28 K's in his first three starts compared to just three walks.

I like him as a long-term add and as a streamer this week as he gets two starts against the Reds and A's. If you need pitching help and willing to take a risk on re-injury, Heaney is back trending up and could provide a ton of value this week and in the second half.

With Alvarado still working his way back from missing extended time and Diego Castillo being placed on the IL, Pagan is the next man up for the Rays. He picked up the most recent save on Friday vs. the A's and has been excellent on the season posting a 1.23 ERA with elite 32.4% K rate and 17% swinging strike rate. He may only be a fill-in but saves are hard to come by so jump on it while you can.

Another reliever who is getting his shot at saves as the A's regular closer, Blake Treinen has been placed on the IL with a right shoulder strain. Like Pagan, Hendriks went out and easily picked up his first save striking out two of the three batters he faced. For the season, he has posted an impressive 1.49 ERA with 29.8% K rate and 12.9% swinging strike rate. He makes a nice fill-in while Treinen is out and if you are in a holds league, you can hang on as he picked up a hold in each of his previous three appearances before that save on Saturday.

Catcher is a tough position to fill in 2019 so when I see the red-hot Roberto Perez at 19% owned my eyes light up. He has been one of the top fantasy catchers in baseball lately with a .273/.372/.621 slash line over the last 30 days with an elite 153 wRC+ and trails only Gary Sanchez(8) in home runs with seven in that time. He is definitely best utilized against lefties(.453 wOBA, 186 wRC+, 1.104 OPS) but is improving against righties as well and is getting rewarded with playing time because of it. You likely don't need to dig this deep in 8-10 man leagues but if you have a struggling catcher, he is worth the add if you have a roster spot. In deep leagues(12+ teams) his ownership is going to be much higher but if he is out there, got on it now as the advanced stats(xwOBA, xSLG, hard contact rate, exit velo) tell me he is here to stay.

Santana's versatility being able to play three of the four infield and two of the three outfield spots makes him an asset in both fantasy and real life. It has helped keep in him in the lineup on a regular basis and he has come through with a .309/.344/.522 slash line and has not only helped in the power department(7 HR) but the speed department as well(9 SB). The only knock on him sustaining this pace is the 28% K rate which is troubling but he is routinely hitting near the top of the lineup on a team that is 3rd in runs scored in one of the best hitters parks in the league. Sign me up in all formats!

Brock Holt
(2B, SS, OF-BOS)
4% owned
Since returning to the lineup at the end of May, Holt has been very consistent with hits in 15 of 19 games posting a .364/.413/.485 slash line. He isn't a player you are going to likely need in smaller leagues but in deeper leagues, he can provide some consistent stats and also has three position eligibility.

Also Consider: Eric Sogard(2B, SS-TOR) - 8% owned who leads off in Toronto and has been red-hot or Brendan Rodgers(2B, SS-COL) - 16% owned who is getting a shot at shortstop while Trevor Story is out.

Bryan Reynolds
(OF-PIT)
36% owned
After hitting over .300 at every stop since being drafted in 2016, Reynolds is getting an opportunity at the big-league level and making the most of it. He was called up at the end of April and in 54 games(198 at-bats), he has posted a very impressive .359/.414/.564 slash line and has been a staple at the two-spot in the lineup since the start of June. With Gregory Polanco being placed on the IL this week it appears the opportunity will continue to be there and I fully expect his ownership to rise to the 50% range by next week. Invest now in season-long if you need help in the outfield and if by some miracle he is available in your keeper or dynasty leagues, don't hesitate to replace an aging or underperforming player with Newman.

Verdugo never really stood out in his brief stints in 2018(.260/.329/.377) but has taken the next step in 2019. he is getting regular playing time in centerfield and goes into Monday's action with hits in six straight and 10 of his last 12 games with four doubles and three home runs. After showing little to no power through the minors, he already has seven bombs for the Dodgers to go along with a .303 average and .354 on-base percentage. If your league counts K's he helps there only striking out 10% of the time. Overall, he can contribute in multiple categories and is getting added opportunities lately hitting up in the two-hole. Add in all formats if you need outfield stability across the board.

Also Consider: Nomar Mazara(OF-TEX) or Ian Desmond(1B, OF-COL) who are both hovering around the 60% zone and can help you out in a shallow league going into the second half.