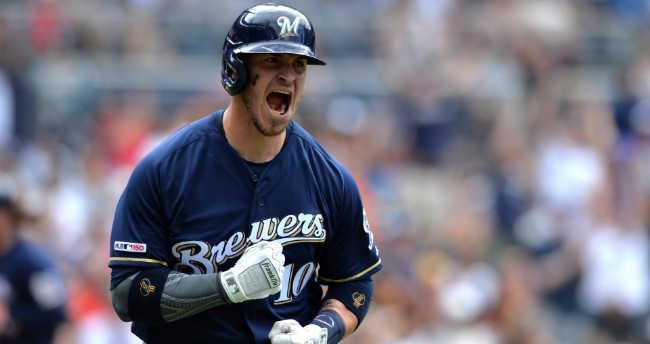 The calendar turns over to July and we have a smaller Monday slate of baseball action. Things could get a little dicey here with plenty of bad arms, some bullpen starters, hitters' parks and more. But we've got you covered for FanDuel and DraftKings.

Charlie Morton FD 10200 DK 10200
Opponent - BAL (Thomas Eshelman) Park - BAL
FD - 35.42 DK - 19.6
Morton should take the mound after opener Ryne Stanek on Monday and would make for easily the best starting pitcher going on this shorter Monday slate. He’s actually improved on the numbers he started putting up with the Astros last season with the Rays. Morton is striking out 10.8 batters per nine, but has the walks to right around three per nine and the xFIP at 3.31. He’s still an elite roundball guy (52%) and will face an Orioles team ranked 25th in wOBA against righty pitching this season with a 23% strikeout rate. This should be an easy spot for Morton compared to the rest of the position. Update: Morton won't be starting here. Will update article shortly.

Logan Allen FD 9300 DK 9200
Opponent - SF (Jeff Samardzija) Park - SF
FD - 31.74 DK - 15.86
Allen’s first two starts haven’t been as good as the 1.38 ERA would suggest, but they’ve been acceptable and he’s definitely in play on this moderate disaster of a Monday slate. Allen has flashed very solid strikeout numbers in the minors over the last few seasons though they haven’t totally translated in the smaller, 13-inning, sample size so far in the bigs. That being said, I think the K’s do come around and he’s facing a Giants team ranked dead last in wOBA against lefties. They strike out 24% of the time in this split with no real hope for improvement going forward. Allen opens as a -163 home favorite against the lowly Giants and should serve as a solid SP2 option on DK and FD pivot off of Morton. Some will want to go Mike Minor but dude is crazy expensive and in a bad park.

Eric Thames FD 2800 DK 4900
Opponent - CIN (Tyler Mahle) Park - CIN
FD - 10.45 DK - 7.84
With Grandal as the new leadoff hitter for the Brewers when they face righties, we are still getting something of a discount on the Milwaukee catcher. He’s rather ideal for the position with a 14% walk rate helping him to a .910 OPS on the season. He’s on pace for the best power numbers of his career with 18 home runs already in 313 plate appearances so far. The mid-$3K price tag on FanDuel is enticing even though we rarely go there for catchers on that site. He’s pressing up to $5K on DraftKings, but you’ll rarely find this kind of offensive upside from the position.

Meanwhile, Thames only gets looks against righties, but when he’s in the lineup dude’s been mashing. He has an OPS over .900 and 15% walk rate with 11 home runs. The big issue for Thames is the 33% strikeout rate, which could be something against an above average arm like Tyler Mahle. But I’m still buying on the price.

If you want to go cheaper at catcher on DraftKings, Buster Posey (FD $2300 DK $2800) is coming under $3K. Sure, he might be close to fully washed but is still hitting in the middle of the order against lefties and is about as cheap as you’ll ever see on DK.

Derek Dietrich FD 2800 DK 4500
Opponent - MIL (Adrian Houser) Park - MIL
FD - 10.63 DK - 8.13
Dietrich has for sure cooled off since the beginning of the season, but it was unrealistic to think he was going to keep up something like a 1K OPS over the course of the year. That being said, this is still a guy with .920 OPS, 18 home runs (already a career high) and a 10% walk rate (also a career best). He’s just turning into something of a patient power hitter in his age 29 season. This isn’t a perfect matchup against Adrian Houser, but we’ll take what we can get for the slate.

Mike Moustakas FD 3700 DK 5000
Opponent - CIN (Tyler Mahle) Park - CIN
FD - 11.56 DK - 8.77
If looking for raw points because pitching isn’t going to cost you a complete arm and a leg, then it’s tough to pivot off of Moustakas on Monday. He’s on pace for the best power numbers of his career with 23 bombs in less than half the season (career mark is 38). He’s hitting steadily in the middle of the Brewers’ order and that slot isn’t likely to change any time soon. Plus, Milwaukee heads into Cincinnati, one of the very best power parks in all baseball.

That being said, if you want to spend up then Kris Bryant (FD $4000 DK $4600) could do some damage against Trevor Williams.

David Fletcher FD 2500 DK 3600
Opponent - TEX (Mike Minor) Park - TEX
FD - 8.18 DK - 6.44
Shortstop is a rough one on Monday which probably means we just want to get out of the position as cheaply as possible. Fletcher, while in a tougher matchup against Mike Minor, should at least be at the top of the order against the lefty. That’s typically the way the Angels play this when southpaws are on the mound. While Fletcher’s splits suggest he’s actually better against righties, I don’t think that will be a career-long trend considering some of the issues stem from BABIP run bad. He still walks more and strikes out less in this platoon. If he’s hitting leadoff then we can just punt the position away with this guy.

Jose Iglesias FD 2400 DK 3500
Opponent - MIL (Adrian Houser) Park - MIL
FD - 8.02 DK - 6.32
He’s another guy who falls into the camp of going cheap and getting out of here alive. Iglesias will likely hit around the bottom of the order against the righty Houser and, for a shortstop, has had an acceptable season thus far. He’s got a .729 OPS and is even on pace for double-digit home runs which would be a career-high. This is all to say, that while he’s not a robust hitter on the offensive side, he’s coming near punt prices and we can stomach his baseline production compared to the rest of the position.

If you’re spending up then Elvis Andrus (FD $3900 DK $4600) hitting third against the lefty doesn’t look all that bad.

Eugenio Suarez FD 3200 DK 4000
Opponent - MIL (Adrian Houser) Park - MIL
FD - 11.91 DK - 8.95
We much prefer Suarez in lefty matchups, but the Reds have a solid implied runline to open on Monday (5.1) and he should be hitting third in the order against the righty Houser. Suarez has been right around average in this split for his career with a 101 wRC+ and .326 wOBA. He gets a slight bump because of the hitters’ park in Cincinnati which boosts power expectation in all directions and should hit third in the lineup against the righty.

Colin Moran FD 2700 DK 3800
Opponent - CHC (Adbert Alzolay) Park - CHC
FD - 9.84 DK - 7.56
The Pirates are expected to put up some runs against Adbert Alzolay on Monday. The latter doesn’t project to be much of a strikeout pitcher based on his minor league numbers and has struggled with the walk rate in his first eight major league innings. Moran has double-digit home runs on the season (10) and decent .776 OPS. He won’t take a lot of walks (7.6% for his career) but the power *upside* offers a potential decent return considering the price. Like shortstop, third base is something of a weaker position so if we can spend up elsewhere and take some savings here I think we’ll be in good shape.

Delino DeShields FD 2500 DK 3800
Opponent - LAA (Jose Suarez) Park - LAA
FD - 11.69 DK - 9.07
It looks like DeShields will start in the leadoff slot against the lefty Jose Suarez. Dude is having a rough season at the plate with an OPS well below .700 but there are some signs for hope here. First off, he already has 12 stolen bases in just 195 plate appearances and has shown patience at the plate with a 13% walk rate. He’s been better for his career against lefties with a .700 OPS but of course the real win is the plate appearance expectation at these price points. Getting a punt play leadoff guy in his better split in a hitter’s park is enough of a win to take the lumps on his lack of production overall as a hitter.

Kyle Schwarber FD 3600 DK 3900
Opponent - PIT (Trevor Williams) Park - PIT
FD - 12.35 DK - 9.18
Schwarber remains in the leadoff spot for the Cubs and is coming at relative discounts on both sites. He’ll face Trevor Williams who brings in a mid-4’s xFIP to go with a lower 19% strikeout rate. Schwarber has some issues with the K’s (reduced expectation in this matchup) but brings in power (18 home runs), patience (12% BB rate) and is able to hit in front of the likes of Kris Bryant and Anthony Rizzo. He’s coming especially cheap at less that $4K on DraftKings.