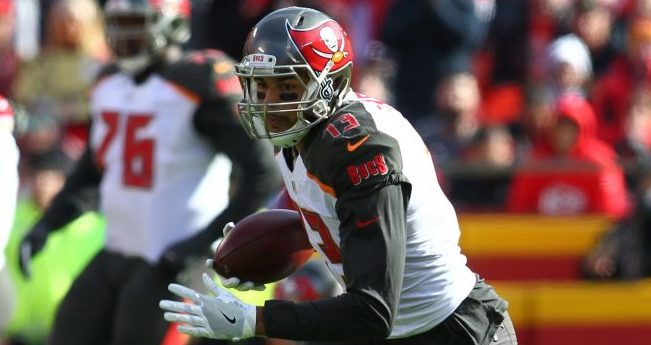 Week 1 is breathing down our necks, but we are going to have you all set with plenty of time to spare before that first kickoff on Sunday. We've given an early look at some way-too-early values and optimal lineups for FanDuel and DraftKings.

There was also a look at rushing attacks and running backs to target based at Vegas Spreads and volume. Now, let's take a look at some of the top passing attacks who stand out as strong plays for week one.

The Buccaneers posted a disappointing 5-11 record in 2018 but from a fantasy perspective, they were nearly an every-week target in the passing game. With one of the worst defenses in the league allowing 29 points per game (31st overall), they trailed so many games, forcing them to throw a ton (4th most attempts) and ended up leading the league with an average of 320.3 passing yards per game. Their defensive outlook is not a whole a lot better in 2019 so fire up the Bucs early and often. Their Week 1 matchup against the 49ers has the third-highest total (49) on the board.

It starts at the quarterback position with Jameis Winston who is coming off an inconsistent season overall but finished strong (fantasy-wise) with back to back 300+ yards games. In fact, since taking over as starter again in Week 11, he had three 300+ yard games, four multi-TD games, and only three interceptions in the final six games (did not play week 17).  From Week 11 on, Jameis was QB5 in DraftKings points, and was an elite fantasy option. With a Bucs run game led by Peyton Barber, I am expecting a ton of attempts and Winston loves to chuck it deep (annually Top 10 in yards per attempt) adding to his upside.

Despite finishing 13th in targets per game(8.7), Mike Evans ended up third behind only Julio and Hopkins with an average of 95.3 receiving yards per game and also posted a career-high 62.3% catch rate(53% average going into 2018 season). He makes contested catches like no other and while he will likely see a ton of Richard Sherman,  who he torched a year ago catching six of his eight targets for 116 yards.

Helping him out significantly this season will be third-year wideout, Chris Godwin, who started to flash in the second half last year with three 100+ yard games in his last eight games and also ended up with seven touchdowns on the season. New head coach, Bruce Arians, who came out of retirement in large part to the upside of this offense, was quoted as saying Godwin could push for 100+ receptions this season and while I don't completely buy into that happening it is positive reassurance to his projected use in the offense. If he starts off Week 1 with a bang you can bet that price will be a lot closer to Evans in week two so buy low in this upside matchup.

The Rams tied with the Saints with the top overall record (13-3) in the NFL in 2018 and ended up coming just one win short of winning the Lombardi Trophy. Most of their success was on the back of the #2 rated DVOA offense. They were one of just two teams (Patriots) who ranked Top 10 in both rushing and passing yards and were the only team to rank Top 5 in both categories. They averaged just over 281 passing yards per game. Jared Goff finished fourth in passing yards while Robert Woods and Brandin Cooks both tallied over 1200 receiving yards.

The Rams are only three-point favorites in this game but with a total of 50.5 (2nd-highest on main slate) they sit second in implied points behind the Chiefs. The matchup makes a ton of sense as well against the Panthers who were the #2 DVOA rush defense in 2018 but struggled in pass defense ranking 19th overall. That had a lot to do with the fact they didn't get a ton of pressure ranking 27th in sacks and their top corners(Bradberry/Jackson) ranked outside the Top 65 at the position in terms of coverage rankings.

Jared Goff definitely wasn't the most accurate quarterback completing just 64.9% of his pass attempts (20th overall) but finished 4th in passing yards with eight games over 300 yards. That was more than enough volume to sustain two high-end WR2's. Robert Woods and Brandin Cooks both finished with 1200+ yards, ranking 13th, and 14th respectively. From a safety perspective, Woods is the guy. His standard deviation and coefficient of deviation was among the lowest of the top-20 fantasy wide receivers last season. Cooks, on the other hand stands to have more upside because of his down the field targets.

The only hesitation here about volume is the projected return of Cooper Kupp in the slot. He tore his ACL mid-season and is still recuperating but I am not expecting a huge workload even if he does suit up for the season-opener against the Panthers.