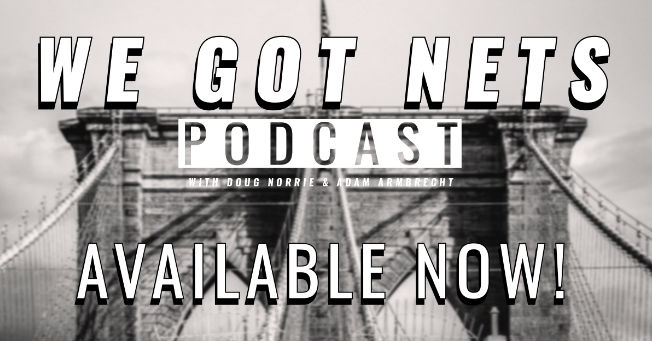 With Episode 12 of their We Got Nets a Brooklyn Nets Podcast the guys do some housecleaning leading into the season as well as gearing up for a couple of live episodes from Indonesia.

Listen on iTunes: The Nets announced that the second game of the season, at home against the Knicks, will be a massive Kyrie Irving jersey giveaway with the first 10,000 fans at the Barclays Center receiving a jersey for the Nets’ superstar.

The guys also discuss the ongoing issue of power forward depth for the Nets with the position continuing to be a problem going into the season. They look at some possible, uninspiring additions plus a couple of potential trades thrown out there by some different media outlets.

And finally, they discuss the unique nature of Spencer Dinwiddie’s contract and how he’s planning on offering it as an investment vehicle, similar to a bond structure to get more money upfront in the deal.

You can also follow along all season to new episodes wherever you listen to podcasts.

Listen to We Got Nets on Stitcher