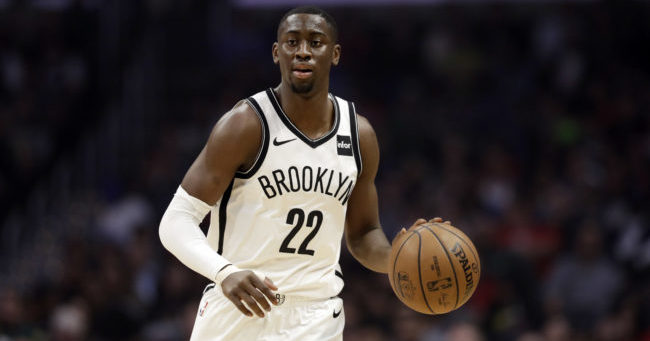 The game in China actually played! The We Got Nets crew is breaking down the first “real” preseason of the year on their Brooklyn Nets Podcast. Listen to We Got Nets on iTunes: Besides the game actually playing amidst all of the NBA/China turmoil, the big news from this game was Kyrie Irving and Caris LeVert both going down early with injury. Kyrie was hit in the face and right after Caris got poked in the eye. It meant we really didn’t get a chance to see the planned Nets’ rotations.

Brooklyn took a slightly different approach this game, starting DeAndre Jordan instead of Jarrett Allen and this could be a major talking point for the whole season, which guy should be starting at center? Both played fine considering the circumstances.

Spencer Dinwiddie shouldered a great deal of the offensive load after the two guards went down and shot well from the field.

Adam and Doug break down the game, some of the positives and takeaways as well as things the Nets will need to work on going forward.

You can also follow along all season to new episodes wherever you listen to podcasts.

Listen to We Got Nets on Stitcher