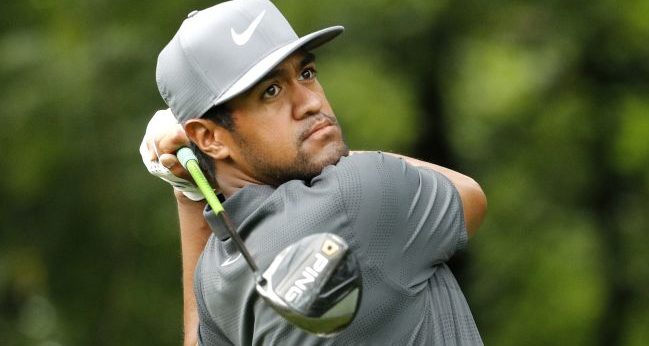 After an off week for fantasy, we are back as the PGA Tour heads to Playa Del Carmen, Mexico for the Mayakoba Classic(formerly the OHL Classic). Matt Kuchar returns to defend his title after posting a tournament record winning score of -22 a year ago and he joins Tony Finau as the only players inside the Top 25 of the Official World Golf Rankings in the field. After three straight no-cut events we are also back to a full field(almost) of 132 players with a cut of Top 65 and ties after round two on Friday.

El Cameleon Golf Club is a shorter Par 71 setup that falls just below 7,000 yards on the scorecard. Being that it is shorter in length and has narrower than average fairways, we tend to see golfers go with a "less than driver" strategy off the tee which has generated an average driving accuracy over 60% when looking at the last five years results. With that in mind, this will most likely come down to the mid-iron and wedge game so my top-weighted stat this week will be Strokes Gained: Approach. With an average winning score of -19 over the last five years, I will also be weighing Birdie or Better % quite high as there are usually at least 5-10 players who tally 20 or more birdies over the week with a whopping 31 doing it last year. The Par 5's are all reachable in two which helps that birdie number but I will be focusing on Par 4 scoring in my model as these are the harder holes on the course and the place where golfers can separate themselves from the pack.

With that, let's take a look at the course setup, previous winners, key stats, and then jump into the core picks. 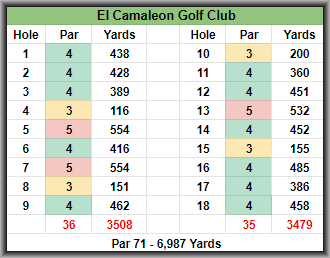 I know, I know the price seems crazy high for a player we were paying sub $7K for(DK) not too long ago but we have to consider the field strength combined with his incredible run as of late. After earning his card back via the Korn Ferry Tour, he has opened the 2019-20 PGA Tour season with six straight Top 20 finishes including his first career win at the Houston Open. He has gained strokes on approach in all but one of those events(-.03 SG: APP at the Sanderson) while riding a very hot putter(2nd in the field in SG: Putting since the start of the season). All things considered, I will be building more balanced lineups this week and will have lots of shares of Griffin in all formats.

Knox is another golfer that we have to feel a little crazy paying top tier prices for but it is just one of those events. I am not comfortable paying for Hovland, Kuchar, or even Finau chalk in cash games considering their lack of form so that sends us down to the bottom of the tier and a more balanced lineup build. The good news here is that Knox almost checks every box starting with the fact he has gained strokes on the approach in 11 of his last 12 events and while he is definitely not known for his putting, he has gained strokes in that area in three straight and eight of his last 10 events. That is enough for me to consider him in all formats.

I am jumping on team course history here for this pick as Grillo returns to the Mayakoba Classic with Top 15 finishes(T10, T9, T15) in three career trips and is 6th in this field in Strokes Gained: Total in that time. Despite that, I would not say he is close to safe this week as the putting performance is at all-time low and that is saying something for someone who loses strokes on average throughout his career with the flat stick. The good news is that the opportunity is most definitely there for a big as he is 1st in this field in SG: Approach and 2nd in Opportunities gained over the last 24 rounds(via FNGC). If we could even see close to a field average performance on the greens, I think Grillo could easily pay off his high price tag in this weaker field event.

Zhang took his good form into the WGC event last week and started hot with an opening-round 68 but followed it up with three straight rounds in the 70's and ended up T38. I look for him to get back to form in a weaker field event this week and it comes down to his ball-striking as he had gained strokes both off the tee and on the approach in his four previous events prior to last week. That resulted in two Top 10's(Safeway Open, Houston Open) and a T16(Shriners Open) and I that is where I have his ceiling this week to go along with a high floor due to the previously mentioned ball-striking. At these prices in this field, he is in my core in all formats.

There is definitely a lot of value options this week if you choose to load up at the top and go stars and scrubs. The one that stands out the most is Mark Hubbard who is off to a terrific start to the season having made five of his first six cuts including three finishes of T13 or better highlighted by a runner-up at the Houston Open. That hot start has been driven by his near-elite iron game as he ranks 10th in this field in Strokes Gained: Approach since the start of the fall season.