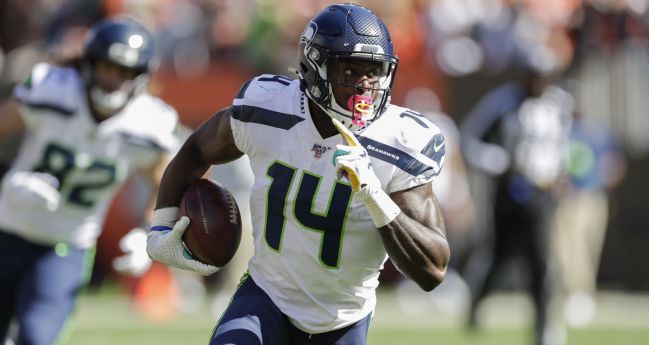 Welcome back football fans. James covered the top cash game plays for Week 12 in his Cash Game Article and then Doug joined him on the Mega Podcast where they broke down every game and relevant DFS play. I will now take a look at some leverage plays that could be possibly low owned making them excellent GPP plays. Let's get started.

I will start with James White who won't be extremely low owned but at 13th in tags on FanShare, will most definitely be outside the Top 10 in ownership at the position. With the Patriots sitting as 6.5-point home favorites, you would think the game script would favor Sony Michel but he has been absolutely terrible lately averaging just 41.8 rushing yards per game over his last four games. While White has not flashed big-game upside yet in 2019 he has been very consistent averaging 12.9 DK/10.3 FD points per game on just 9.4 touches per game. The matchup also favors White over Michel as the Cowboys 17th ranked DVOA rush defense has allowed the 11th fewest rushing yards to running backs but the 6th most receiving yards. With the consistency and lack of mid-range options with that tag, I would consider White a cash-game play and feel we could also see the ceiling game at a reduced ownership which is perfect for GPP formats.

Everything about this game says stay away for fantasy as it has the second-lowest Vegas total(38.5) on the slate between two teams who rank bottom 5 in pace on the season. While I 100% agree with the fade for cash games, I think there is some opportunity to get some very low ownership on a talented player in Joe Mixon. It has been a roller coaster ride for Mixon all season in terms not only production but usage as well but the good news is that he is trending in the right direction in terms of PTS/$ upside. Since posting a total of 12 rushing yards in back to back games vs. the Jags and Ravens, Mixon has averaged 19 carries and 88.7 rushing yards in three games while catching seven of 10 targets for another 21.7 yards per game. The Steelers do rank 8th in DVOA vs. the rush but have been trending in the wrong direction giving up above-average performances to Chubb, Gurley, and Mack in their last three games. The best part is that you won't need a ton of exposure to be overweight on the field in multi-entry GPP formats.

Everyone and their grandmother has Russell Wilson at or near the top of their QB list this week so I was quite surprised to see Metcalf sitting 34th in the tag count(7 tags) on FanShare at this point on Saturday morning. I get that the price is on the rise but for good reason as he has seen an increase in target share lately with 33 to Lockett's 35 over the last four games. He has also tallied 193 receiving in his last two games and has three touchdowns in his last three games. The matchup may not jump off the page as the Eagles sit right in the middle of the league(15th) in receiving yards per game to wideouts but have given up the 7th most touchdowns to the position. That is great news for Metcalf who is 15th in Redzone targets(20) and leads the league with 13 Endzone targets as well. Oh ya, and he will likely see a ton fo coverage from Ronald Darby who ranks out as a well below-average corner. All things considered, Metcalf is an excellent GPP pivot this week at low ownership.

Other possible low owned pivots to consider in GPP formats:  Josh Jacobs(OAK) who will be around 5-8% owned in a tougher matchup but sits as a three-point favorite and is 7th in the league in touches per game(20.8) or John Brown(BUF) who also draws a tough matchup against Chris Harris in a game with a low total but has been incredibly consistent all season getting 29% of the target share in Buffalo and has tallied double-digit DK points in all but one game