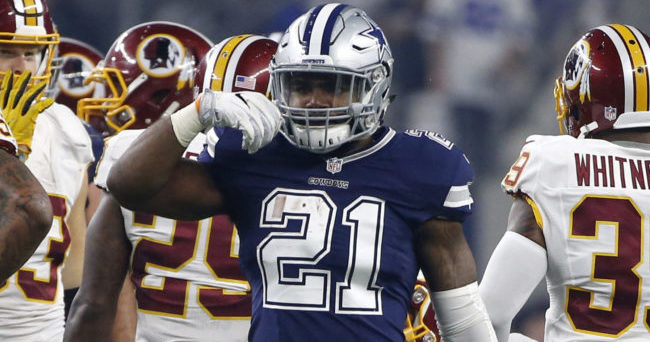 Game by Game Breakdown for Thanksgiving 2019 on FanDuel and DraftKings

Happy Turkey Day! We've got three real stinkers on the slate today, but we aren't worried about watching good games, we want to win some money at DFS! And even on a tough slate, that's absolutely a possibility. Let's get you in and out and back to that loving family of yours!

Chicago Bears at the Detroit Lions

The Bears are favored by 3 in a game with a 38.5 point total. Here's one for the ages. Driskel! Trubisky! A cheese plate, and small talk with your early guests! What more could you ask for? Still, on a three game slate we can't really just cross anything off, so let's look at a few options here. The Detroit Lions

The Lions finally seem to have made up their mind about what to do at running back, and last week Scarbrough had 19 touches for 98 yards. It just looks like they don't totally want to trust Driskel, and if that's the case he could be in line for the, ahem, Lion's share of the workload once again. The troubling thing, of course, is that the Bears have a great defense and Scarbrough himself isn't exactly amazing. On a three game slate, though, a cheap running back could be just what the doctor ordered.

This is as good as the getting gets from this game, at least on FanDuel. There aren't a lot of nice things to say about these two, but let's see how we do. First, the bad. Chicago is a top 6 defense by DVOA's standards. The Lions will likely be playing Jeff Driskel, and even he isn't a sure thing. Not exactly what you're looking for. On the good side, though, these two accounted for 16 of Driskel's 33 attempts last week, with Jones getting more volume and Golladay being more efficient. The big thing here is likely the price tier these guys fall into. Our lineup optimizer thinks you sort of need an extra WR in this price range, and you don't have a lot of options. If I had to pick one, I'd go with Marvin Jones Jr..

Our system also thinks you can consider Jeff Driskel if he has a clean bill of health, because the savings really do matter on such a short slate.

Picking between one of Montgomery and Scarbrough will be a close call for many on this slate, as they are basically the two cheap running back options to pick between. Montgomery has a lot going in his favor, here. A much better match-up with the Lions, his team is favored, and they have their starting QB. Unfortunately that's not the whole story. Tarik Cohen is still lurking, and had 15 touches of his own last week. I actually think you can make a strong case for Cohen and his 6-9 targets on DraftKings at just $5,000 as well.

All in all, this game is pretty unexciting from both a real life standpoint and a DFS standpoint, but I don't know that you can fade it entirely.

The Buffalo Bills at the Dallas Cowboys

When I first looked at this slate I assumed that we would want to run a few guys on either side, but the way things are shaking out, I'm not so sure. Let's start with the Bills.

I'd love to recommend you a few specific Bills, but I don't know that I can in good conscience. I loved John Brown for a while until he got just 4 targets last week. You do like to see that he still managed a TD in that one, though, which gives him 3 in the last two weeks. Still, I think I'd only be excited about playing him big tournaments.

On the surface, it looked like the Bills finally gave Devin Singletary his due. He had his first 100 yard game in their 20-3 trouncing of the Broncos. But things are rarely so simple. First of all, the Bills should definitely not be a position where they are nursing a double digit lead given that they are 6.5 point dogs. Second, the ageless Frank Gore still siphoned off 15 carries, suggesting that even in a game where the Bills have the highest possible number of carries to hand out that Singletary can only scrape 21 touches. I think I'm just out on the Bills, here.

The clear RB1 play on the day. You have precious few options, as outlined in our write-up of the above teams, and the final game (which we'll get to in a second) only presents us with one playable option. So I present to you: Mr. Ezekiel Elliott. With 16.2 FanDuel points a game this season Zeke hasn't exactly been DFS gold, but he's also cheaper than he's been in the past. While the raw fantasy production hasn't always been there, the opportunity is looking very solid for Elliott right now, as he's coming off a 24 touch game against the Pats. The Bills are a scary defense in their own right, but they are no Patriots, and if the Cowboys trusted him there you have to assume they go back to the well in this one.

Prescott was downright terrible against the Pats, but we can sort of give him a pass considering the historic nature of the unit he was up against. While the Bills are solid, this should feel like a breath of fresh air for Prescott and his receivers. It's easy to forget after one bad week, but Prescott was right there with Watson prior to last week, and our system likes him for at least a modest bounceback in this one. He looks like a pretty clear play if you're picking between the actual good quarterbacks.

Another Cowboy who looked a lot worse against the Pats' secondary than he should going forward. Gallup is looking pretty cheap for a guy who had 23 targets in his prior two weeks, and given the types of names we're bandying about in this article we'd be remiss to not include him here. I'd much rather play him than Kenny Golladay, for instance.

I am not in the market for Amari Cooper at his advanced prices, though.

The New Orleans Saints at the Atlanta Falcons

This is the game where we could see the highest fantasy ownership today, with playable options from both teams clocking in in the game with the highest total on the slate.

The Falcons were chalk options last week, with Matt Ryan, Julio Jones, and Calvin Ridley all seeing huge ownership in cash games across the board. Ridley was the only one who avoided being a crippling disappointment. So how do we proceed this week? Well, the Saints aren't as good a match-up as the Bucs were to be sure, but this is also a tiny little baby slate, and I don't think we can come close to fading them here. Ridley should be a nearly unanimous play, and some will consider Julio as well. I'm not sure you'll have the money to pay up twice at running back while affording a top QB and Julio, and with Jones missing practice on a short week I would be a little cautious there.

I'm also keeping an eye on Austin Hooper's status, as his absence or return will greatly affect Ridley's target share. I'd rather not play Hooper, though.

Kamara was a highly owned player last week, and while he was a bit disappointing, I just can't imagine a world where he isn't the highest owned running back on this slate as well. While he didn't get in the end zone, he did touch the ball 20 times while receiving an all-important 9 targets in the passing game. Atlanta has the fourth worst passing defense by DVOA this season, and Kamara seems like an auto-inclusion for me.

It's tempting to take this duo given the short nature of the slate and how much worse Atlanta is against the pass than every other team on the slate, but I just don't know how you find the money for cash games while maintaining high floor plays elsewhere. If you can afford them, they are both absolutely incredible plays for obvious reasons, and I assume they will be hugely owned in big tournaments.

Probably my favorite tight end play of the day, if only because of the other names on the list. Atlanta's TE is hurt, and the other four teams on the slate barely field the position for daily fantasy purposes. Cook is a little dangerous (he was targeted twice just two weeks ago), but he's a big red zone target (4 TDs in his last 5), and on this slate you ain't doing a whole heck of a lot better elsewhere.