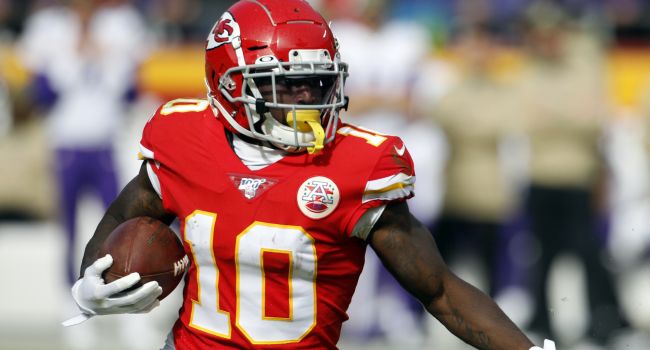 Welcome back football fans. Earlier in the week, Doug went over his top cash plays in the Cash Game Article and then he teamed up with James as they broke down every game in the NFL Mega Podcast. I will now take a look at some possible low-owned leverage plays that can help us separate ourselves in large field GPP's. Let's get started!

Looking at the top tier running backs, it appears the ownership will mostly be sitting with four backs(McCaffrey, Fournette, Barkley, Bell) who are all projected for double-digit ownership. That opens some opportunities to pivot in GPP and I will start with Mark Ingram who is on pace for a career-year in 2019. He comes into this game averaging 5.2 yards per carry which has a lot to do with the holes created by the elite running ability of Lamar Jackson but you also have to consider Ingram is averaging over 3.0 yards per carry after contact. While the matchup against the 49ers #2 overall DVOA defense does not seem like a great spot to target consider that they have been elite against the pass(#2 DVOA pass defense) but just league-average against the run(#16 DVOA rush defense).

The Ravens go into this marquee matchup as 5.5-point home favorites in a game with the fourth-highest total(45.5) on the slate. Ingram has currently only seen a few tags on FanShareSports and if that trend continues he will likely be around 5% or less owned in GPP's and a great pivot with a ton of upside.

The wide receiver position is an interesting one on this shortened main slate due to the three games on Thanksgiving and two more on Sunday and Monday night. There is no Thomas, Cooper, Julio, Diggs, Lockett, Edelman, or Hopkins. With all those names missing from the main slate, Tyreek Hill sits atop the wideout salary and by a sizeable gap on DraftKings($1,200 more than the next highest priced WR). That combined with the five wideouts(Adams, Evans, Godwin, Kupp, Moore) below him in salary being in great spots and you have a recipe for very low ownership on Hill who we already know is an explosive playmaker in an offense with reigning MVP, Patrick Mahomes. All this and I haven't even mentioned the matchup against the Raiders who rank 30th in DVOA against the pass, have given up the fourth-most receiving yards to wideouts, and rank 31st in Red Zone defense. Give me all the Mahomes/Hill stacks this week!

Other low-owned pivots to consider: Keenan Allen(LAC) who currently has less than 10 tags on FanShare and makes a nice pivot off the projected chalk of DJ Chark(JAX) and Devante Parker(MIA) in the same price range or Benny Snell(PIT) who will once again the bulk of the workload in the Steelers backfield but the tough matchup will keep him low-owned and perfect for GPP savings