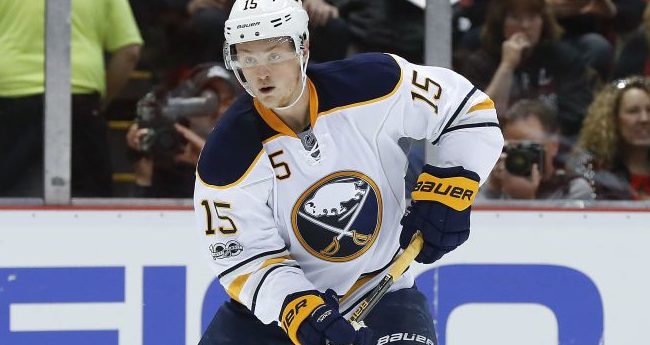 Welcome back hockey fans. Thursday brings a nice sized nine-game slate and I am going to go over some core plays at each position to help you build cash game and GPP lineups. Let's get started.

I wrote up Rask on Tuesday and while he didn't start, it was an easy pivot to Halak as Boston has the best 1-2 goalie combination in the league. Rask is projected to get the start again tonight and like I mentioned on Tuesday, he has been elite lately winning six straight while recording a .943 save % on 32.3 shots per game. The Bruins have yet to lose in regulation on home ice where they will be on Thursday night as -225 favorites against the Blackhawks who have dropped six of their last seven while scoring just 1.9 goals per game. Rask is in an elite spot tonight and my top goalie in all formats.

The Flyers have been on a tear lately winning five straight and six of their last seven games and a lot of the credit goes to the goalies. As a Flyers fan, I don't recall ever saying this before but here we are as Elliott has been tremendous lately winning three straight and four of his last five games while recording a .929 save % and facing a whopping 36.8 shots per game. The other good news here is that the Flyers have been terrific on home ice(9-1-4) and open as a -150 favorite against the Coyotes 18th ranked road offense. In cash games, I lean heavily to Rask on DraftKings but there is a case to be made on FanDuel where Elliott sits in the mid $7K range.

Also Consider: Andrei Vasilevskiy(TB) in a great spot as a -225 home favorite against the Wild and their 22nd ranked road offense

If you have the extra salary, Nathan MacKinnon is once again an elite play but he is also playing a back to back on the road which has me pivoting to Jack Eichel as my top overall center. Like MacKinnon, he has been on another level lately with points in 10 straight including four games where he tallied three or more points. On top of the elite upside, he has also provided a very high floor averaging 4.3 shots per game during the point streak and is averaging 3.7 shots per game on the season. The matchup doesn't jump off the page as the Sabres are on the road against the Flames 11th ranked home defense but at this point, Eichel is matchup proof and a great play in all formats.

Fantasy sports in many ways is about opportunity and when they cross paths we have to take advantage. This is the case with Coyle who has jumped up to the second line with Patrice Bergeron out of the lineup and has five points in five games in his absence. More good news as Brad Marchand joined him and Danton Heinen on that line during Wednesday's practice and Coyle is also centering the second powerplay unit. All things considered, Coyle is one of my top PTS/$ plays on this slate and in play in all formats.

Also Consider: Morgan Frost(PHI) as a value play on FanDuel in the sub $4K range after recording 3+ shots in seven of his first eight NHL games

There are two wingers who I consider in the elite territory tonight(Pastrnak the other) but I lean Kucherov for cash games as he comes a bit cheaper and allows us to build a more balanced lineup. He is also underpriced on DraftKings(5th most expensive winger) considering he has found his form with points in six straight and 10 of his last 11 games(19 total points) while averaging 3.1 shots per game. Tonight he and the Lightning get a plus matchup against the Wild who have been better lately but still rank 22nd in road defense. Fire up Kucherov in all formats.

It's a bit of a different story in Montreal this season as they are really struggling defensively(29th overall) but have made up for offensively(7th overall) keeping them alive in the Eastern Conference. A big part of that offense has been Joel Armia who was a 1st round pick for Buffalo way back in 2011 and easily on pace for a career-high across the board. While that doesn't mean a ton of upside it is the floor that draws my attention as he is averaging 3.3 shots on goal per game on the season and a whopping 4.5 per game over his last 10 games. With a price in the sub $5K range on both sites, he is my top PTS/$ play on the entire slate.

Also Consider: Artemi Panarin(NYR) as a to pay up option who has been hot(14 points & 29 shots last 10 games) and gets a plus matchup against the Blue Jackets or Jack Roslovic(WPG) as a punt play who has seen a uptick in ice-time lately skating on the second line and powerplay unit

There is no shortage of D-men at the top tonight but I am going to start off with Jacob Trouba who provides us a path to a more balanced lineup for cash games. When targeting defense for cash games, I am focused on a few things including matchup and ice-time but the most important thing is shot/block volume. This is where Trouba stands out as he enters tonight with a combined four or more shots/blocks in 17 of his 26 games and is averaging a whopping 4.7 per game on the season(9th most). Trouba is a great play in all formats and almost a lock on FanDuel as he is somehow still priced in the mid $4K range.

Staying in that mid-tier we have another high-floor D-man in Ryan Pulock who enters tonight with a combined four or more shots/blocks in eight of his last nine games. The upside hasn't been consistent but is definitely there as well as he enters the night with three points in his last two games and also skates on the top powerplay unit. He comes in the mid $4K range on both sites and is a terrific PTS/$ play in all formats.

Also Consider: Dougie Hamilton(CAR) as a top pay up in all formats or Matt Grzelcyk(BOS) as a punt play skating on the second powerplay unit in Boston