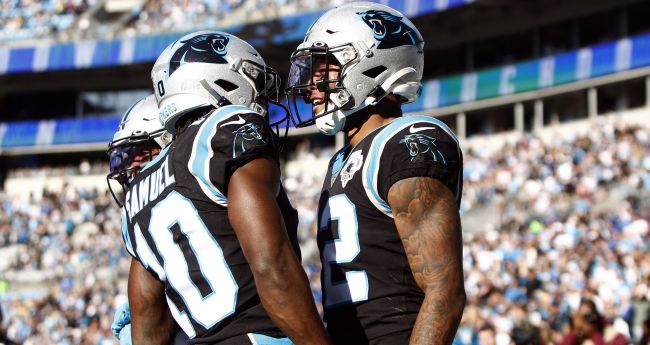 Welcome back football fans. Earlier in the week, James broke down his favorites cash game targets and then teamed up with Doug for the Mega Podcast where they broke down every single game and fantasy-relevant play. I will now be taking a look at some GPP pivots based on ownership projections. Let's get started!

I am going to start this week with a pair of mid-range running backs who make nice GPP pivots off the chalk in this range. Yes, I am talking about Devonta Freeman and James White who have both exceeded 30 tags on FanShareSports at this point in the week.

Let's start with Sony Michel who has been very inconsistent all season with some of the blame falling on him as he is down from 4.5 to 3.5 yards per carry in comparison to last year. I say some of the blame as from a fantasy perspective, the volume has been hit or miss which we shouldn't be surprised by in the Pats backfield. This game also has the highest total on the slate and the Chiefs rank 30th in DVOA against the run and dead last in fantasy points per game given up to running backs. What does this mean? A lot of volume and opportunity to hit the ceiling game at a discounted ownership. I don't even mind pairing him with White in some GPP builds and either way, I will have plenty of exposure to the Pats backfield this week.

You can tell by these picks that I love the punishment of watching running back committee's on Sunday afternoon. This leads us to Phillip Lindsay who, like Michel, has been inconsistent for fantasy sharing the ball with Royce Freeman but has still impressed gaining 4.7 yards per carry and catching 78% of his targets. The Broncos are nine-point underdogs in this one but the matchup does stand out as the Texans who have given up the second-most receiving yards and 6th most fantasy point per game to running backs.

The Panthers and Falcons game currently sits with the second-highest total(47) on the slate and I wouldn't be afraid to be the over as both teams also rank Top 10 in pace. The chalk plays in this game are Devonta Freeman going up against the Panthers league-worst rush defense and D.J. Moore going up against the Falcons who rank 27th in DVOA against the pass and have given up the 7th most fantasy points per game to the wideout position.

The pivot I will be making is with Curtis Samuel who has been nowhere near as consistent as Moore but most definitely has the big-play upside with an insane average depth of target over 15 yards facing a Falcons defense that is Top 10 in big plays given up on the season. Zach Pascal and Robby Anderson are the two names in the mid $5K price range who are projected to be 10-15% owned ensuring we will get Samuel at a big ownership discount. Lock and load in GPP formats.