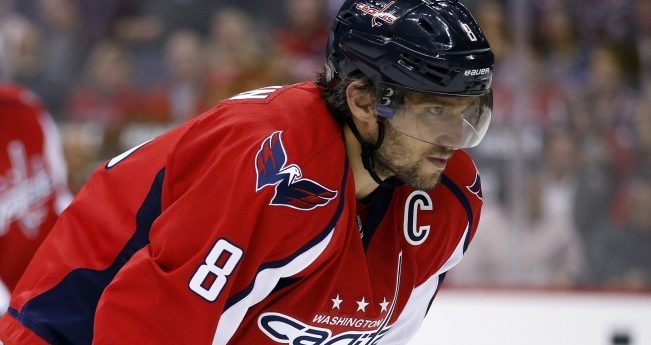 The new year continues with another monster slate as we get 12 games on the ice tonight including four games with a 6.5 Vegas total. Let's jump in and take a look at some core plays for both DraftKings and FanDuel.

While there are 12 games tonight, the goalie position is a little tricky for cash games. I am going to start in Tampa where the Bolts are big -225 favorites in one of the games of the night as both teams come in red-hot with seven-game winning streaks. Something has to give, right? The good news here is that while the Canucks have been dominant at home(5th in home scoring) they have been almost a goal per game less effective on the road. For Vasi, it has been an up and down season but he has eight wins in his last 10 starts and has stopped 66 of 68 shots in back to wins on the road vs. the Hurricanes and Canadiens coming into this one. He is in play in all formats but his best value is easily on DraftKings where he comes in under $8K.

If you are looking for a little trip down narrative street, Marc-Andre Fleury fits the bill going up against his old team. I am not one to go down that street often and the good news is there is more to like about Fleury who is a -150 home favorite and while he hasn't been as sharp, he has won four straight and six of his last eight starts while facing over 31 shots per game. The other price of the puzzle is the Pens offense that is very thin without Sidney Crosby and now Jake Guentzel. At these prices, I will have exposure to Fleury in all formats tonight.

Like I mentioned above, this matchup features two teams on winning streaks but I will be leaning heavily on the home team tonight. I will start with Brayden Point who stands out right away when looking at the salary differential between the sites. With his below-average shot volume and higher price on FanDuel he is a tough sell for cash games but DraftKings is a different story as he comes in under $6k, centers the top line with Stamkos and Kucherov and comes in with points in five straight and seven of his last eight games. Lock and load.

On this big slate, there is a ton of value and at the center position I am looking at these two. Let's start with Jenner who, despite injuries to his linemates, has been consistent lately with seven points and 33 shots over his last 10 games. The matchup is not at the top of the list so I feel the upside is somewhat capped but for cash games, Jenner makes a lot of sense.

For Dvorak, his value comes more in the form of opportunity as he is centering the top line with newly acquired Taylor Hall who has points in six of his first nine games with the Coyotes. There is also some shot volume there helping out the floor for cash games as he has 27 shots in the last 10 games and now the pair gets a plus matchup against the Panthers 25th ranked defense.

With other wingers in much tougher matchups, Ovi is easily my top pay up at the position and my top overall play on this slate. The point production is down a bit lately as he has just seven points in his last 10 games but that doesn't scare me at all considering he has fired a whopping 47 shots on goal in that time while leading the league with 24.9 shot attempts per 60 minutes on the season. The matchup also sets up nicely for a breakout game as the Sens have given up four or more goals in eight of their last nine games and rank 30th in road defense on the season. Ovi is an elite play in all formats tonight and the player I will be building around.

After having his contract terminated by the Kings back in December, Ilya Kovalchuk is back as the Habs signed him this past Friday to help out offensively as they are dealing with a ton of injuries up front. While I would never a trust a 36-year-old in cash games, it is impossible to ignore the price which is near min price on both sites. He started his first game with the team last night and skated on the top line and ended up easily hitting value with an assist and four shots on goal. The Habs are on a back to back but face a Red Wings team that has given up four or more goals in 13 of their last 17 games and rank dead last in defense on the season. All things considered, Kovalchuk is my top value play on this slate.

Also Consider: Ondrej Kase(ANH) who gives us a high floor with 33 shots in his last 10 games and backs ti up with a 17.0 iCorsi/60(shot attempts) on the season

On defense, I will start in the mid-range where there is a ton of PTS/$ value and it starts with Shea Theodore. It starts with his floor generated by shot volume as he has 32 shots over his last 10 games while also adding 10 blocks. He has also been chipping in big-time offensively with 11 points in those 10 games as well while skating on the second pairing and top powerplay unit. He is in play in all formats.

If you are looking at the season numbers, you are likely asking yourself(and me) why Adam Boqvist? It comes down to price and opportunity as both Brent Seabrook and Calvin de Haan are done for the year leaving the Hawks defense very thin. Boqvist is a benefactor of those injuries as he is now skating on the top pairing and top powerplay unit and has responded as he comes in with points in two straight games with a combined three shots/blocks in four straight. If the production continues, he will soon be in the $4K+ range on both sites so take advantage and lock him in tonight.