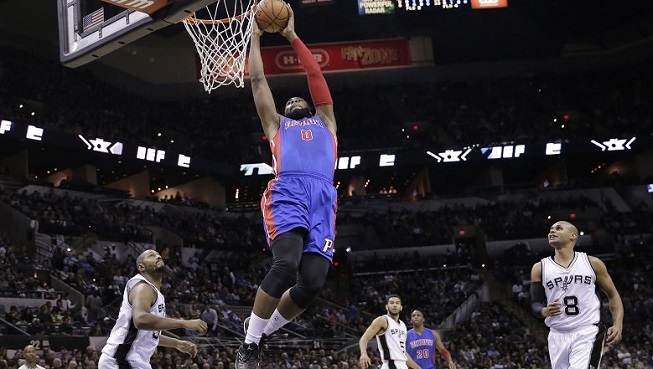 Chris Paul has just been awesome this season, and has exceeded basically everyone's expectations for real life basketball and DFS. While he didn't have a great game against the Rockets in their last meeting, he's still been steadily paying these prices all season long so long as the game stays close. This is match-up is against a Rockets team that plays a league average defensive efficiency with the 2nd fastest pace, and given that we are getting Paul at normal prices he looks like a discount here. Point guard is tough tonight, and Paul looks like a nice way to lock in some midrange value.

Derrick Rose FD - $6600 DK - $6500
Opponent - CLE
Proj Pts FD - 36.82 DK - 37.21
Rose started the second half in this very match-up against Cleveland on Tuesday, and wound up playing a season high 31 minutes en route to a very solid 24/3/7 line. It's annoying that the sites have jumped the gun on raising Rose's prices, as it looks like he's finally stepping into the 30+ minute role we all hoped he was capable of. He's scored 30 fantasy points a game this season on 25 minutes per game, so raising that total by 20% means we have a great play for every format against this lousy Cleveland team.

Also considered: Russell Westbrook and Damian Lillard, both of whom look like decent pay-up options tonight.

A night after Harden likely set the record for highest ownership on a regular slate at a staggering 98%, I think we can go right back to the well here against the Thunder. This actually isn't a good match-up at all, as the back-court duo of Paul and SGA is one of the toughest in the league, but on a night with precious few pay-off options it's just going to be hard to put together a Hardenless lineup if there are any cheap plays whatsoever. He also dropped 40 and 7 against them in their last meeting in spite of shooting 3-14 from 3, so there is still plenty of upside here. He's probably too expensive on DraftKings at these prices, but the match-up based discount you get for playing him on FanDuel looks like enough to bring him home.

Speaking of SGA, is there anything more fun than watching this guy blossom into a two way superstar? He's added 7 shots a game this year with only the slightest down-tick in efficiency, and he's being asked to do a lot more as a creator on the Thunder than he was as a second unit guy for the Clips. The Rockets' backcourt is the polar opposite of the Thunder defensively, allowing the 2nd most FanDuel points per game to opposing shooting guards this season. Shai put up a pristine 21/9/4 with no turnovers in their last meeting as well, and on a short slate I'm happy to roll him out there once again.

Shooting guard is sort of deep tonight, and you can consider the Detroit guys or Andrew Wiggins and likely be totally fine as well.

Carmelo AnthonyFD - $6100 DK - $6600
Opponent - MIN
Proj Pts FD - 32.41 DK - 32.59
We live in a world where Melo is relevant in DFS again, and frankly, it's a world I'm happy to live in. There's something delightful about watching him jump off the scrap heap to join a team with McCollum, Lillard, and Whiteside, and still lead the team in shots and scoring while netting the game-winner against the Raptors on Tuesday. On a short slate grabbing this volume at this price against a T-Wolves team that's allowed the 11th most fantasy points per game against opposing small forwards this season looks like a solid bet.

Cedi Osman FD - $4600 DK - $4700
Opponent - DET
Proj Pts FD - 24.58 DK - 25.2
It's lovely that we can look two days ago to see what both of these teams would like to do in this specific match-up, and through that lens Cedi looks like an excellent cash game play. If Osman is going to play 35 minutes, even his relatively low-impact approach should yield 5x points per dollar. He managed 23.2 FanDuel points in Tuesday's game, and that in spite of going an ice cold 7-16 from the field. If he shoots regularly here he should be in line to pay some solid DFS value.

Kevin Love FD - $7200 DK - $7700
Opponent - DET
Proj Pts FD - 38.45 DK - 42.27
Love is another player that we've seen in this match-up recently, and he performed admirably. In the Tuesday game Love put together a super solid 30/9/4 line against the Pistons' beleaguered front-court, and that kind of production would be the stuff of dreams at a bad position on a tiny slate tonight. The names fall apart quickly after Love, so I'm going to try not to overthink this one.

Robert Covington FD - $6000 DK - $5700
Opponent - POR
Proj Pts FD - 30.62 DK - 30.01
Covington has seen a lot of cash game ownership during this streak with Towns, Wiggins, and Teague being banged up, but he's been a big enough part of the offense (and defense) recently that I think he will maintain these prices assuming Towns stays out. He's been shooting about 13 times a game in those conditions, and given that he hasn't averaged double digits on the season that's a big deal. He should be pressed into extra service to deal with Carmelo here as well, and he's got as much floor as any PF on the slate.

Andre Drummond FD - $10900 DK - $10200
Opponent - CLE
Proj Pts FD - 55.11 DK - 54.43
Drummond straight up abused the Cavs on Tuesday, putting together an absurd 23-20-5 line en route to 60.5 FanDuel points. He also had 17 and 14 in just 30 minutes against them earlier this season. One thing is clear, the relatively flat-footed Love and Thompson can't keep Drummond off the boards, and given how light the Pistons are on scoring right now I can't see a scenario where Drummond doesn't pay his value and then some.

Kyle O'Quinn FD - $4100 DK - $4900
Opponent - BOS
Proj Pts FD - 29.35 DK - 28.92
The issue with playing Drummond, however, is that you won't be able to run Kyle O'Quinn. On Christmas Eve O'Quinn filled in for Embiid and played 25 minutes, chipping in 28.5 fantasy points in the process. That's exactly the sort of value that helps you pay up for Harden and an expensive point guard, and if O'Quinn gets the start this is the kind of price and opportunity mismatch that can make a slate valuable on its own.