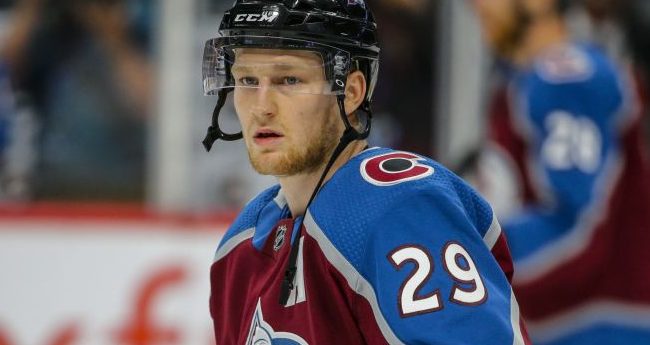 Welcome back hockey fans. We have a busy Thursday ahead of us with 11 games on the ice so let's jump in and take a look at some core plays for DraftKings and FanDuel at each position.

Vasilevskiy is the most expensive option on both sites and for good reason, as he has returned to Vezina form in a huge way since early December going 20-1-2 in his last 23 starts with an impressive .934 save %. He enters tonight's matchup as an early -205 home favorite as the Oilers come to town without arguably the best player in the world in Connor McDavid who is out 2-3 weeks with a quad injury. Despite some amazing values on both sites tonight, I am locked into Vasilevskiy as my top goalie in all options.

One of those values that immediately jumped off the page when I loaded data into the sheet was Elvis Merlizikins in the low $7K range on DraftKings. Joonas Korpisalo is traveling with the team but still unlikely to get a start on Thursday which would get Merlikins another start and he has been nothing short of incredible in Korpisalo's absence. He is coming off back to back losses(one in OT) but only allowed two goals in each of those games and now has a ridiculous .959 save % over his last 10 starts with five(5!!) shutouts. The only hesitation is the start comes on the road but the good news is that he faces the 21st ranked offense in Buffalo. He is GPP only for me on FanDuel but is in play in all formats on DraftKings at just $7,300.

On FanDuel, the value play I am targeting is Blackwood who is coming off back to back shutouts while facing a whopping 83 shots against. While the Devils sit at the bottom of the Metropolitan division, they get a plus matchup tonight against one of the few teams worse in the Red Wings who not only rank dead last in the standings(14-40-4) but also rank dead last in offense scoring just 2.03 goals per game. Blackwood is in play on both sites tonight with his best value coming on FanDuel.

Looking at MacKinnon's recent performance vs. season numbers(from a fantasy perspective), he is actually down about 2-3 fantasy points per game which is incredible considering he has 12 points and 41 shots over his last 10 games. The shot volume alone(4.6 shots per game, 22 shots attempts per 60) gives him an elite floor then add the 1.42 "real" points per game and you have an absolute fantasy machine. The matchup isn't great but not that bad either as the Caps rank 14th in defense overall allowing 2.99 goals against per 60 minutes. Fire up MacKinnon in all formats.

The first overall pick has had an up and down rookie season on a below-average offense(24th overall) but has received a fantasy boost lately centering the top line and powerplay unit with Nico Hischier out with injury. He has not only seen more ice-time(16+ minutes in 3 of his last 4) but has come through as well with points in three of four games and five shots in his last two. The price is slowly rising but as long as he remains top line/top PP, he is in play in all formats, especially in this plus home matchup.

Also Consider: Brayden Point(TB) who has points in eight straight and is now averaging an even point per game on the season

There is no shortage of elite wingers(Ovi, Kucherov, Stamkos, Draisaitl) tonight but for fantasy, I am going to start in the mid-range with Brady Tkachuk. He is a little off the his overall point pace from his rookie season a year ago but has provided us an elite PTS/$ floor all season as he has 48 shots in his last 10 games and is averaging 3.8 per game on the season with a 19.5 iCorsi/60(shot attempts) to back it up. The upside should also be there tonight as the Sens are at home facing a struggling Coyotes team that has lost 11 of their last 14 games while giving up 3.4 goals per game. All things considered, Tkachuk is my favorite PTS/$ play on this slate.

I am going to stick in the mid-range here and roll with Oliver Bjorkstrand who has been one of the keys to success during the Blue Jackets somewhat surprising climb up the standings over the last month or so. He has been a staple on the top line and enters tonight with 10 points over his last 10 games and is easily on pace to set career-highs across the board in his fifth NHL season. On top of the upside, he also provides us a very safe floor with 33 shots in his last 10 and a 19.4 iCorsi/60 on the season. Like Tkachuk, Bjorkstrand is in play in all formats tonight.

Also Consider: Max Pacioretty(VGK) with his insane shot volume(14.7 shots/60, 25.8 shot att/60) or Kevin Fiala(MIN) who has been red-hot with points in five straight including three multi-point efforts and has 12 points & 36 shots in his last 10 games

The theme of this article has definitely been PTS/$ value and on defense, Darnell Nurse most definitely fits that profile in the low to mid $4K range on both sites. I am not into the upside for GPP tonight on the road in Tampa Bay but love the floor for cash games as he enters tonight with four or more combined shots/blocks in six straight games and averages 4.2 combined per game on the season.

I have touched on the Devils throughout the article and won't stop at defense as there are multiple values available at different price levels. Let's start with Damon Severson who has been red-hot with points in seven straight games while skating on the top powerplay unit and on top of that has provided a solid floor with 41 combined shots/blocks in his last 10 games. He is in play in all formats in this plus matchup.

As for Andy Greene, the upside is limited taking him off the GPP radar for me but he does provide a solid PTS/$ floor for cash games. Most of that value comes with shot blocks as he has 32 over his last 10 game to go along with 13 shots and put it all together and he is averaging over nine fantasy points per game lately. The low price also helps us pay up for MacKinnon and possibly another stud in cash tonight.