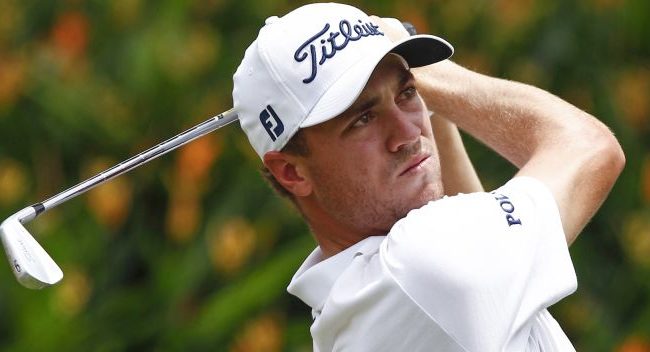 We have talked for several weeks on the podcast how these "return to golf" fields have been "major-like" in strength and this week we finally get the first major championship of the 2020 calendar year. In fact, it is the first major in 383 days and the first major on American soil in 446 days. Ya, I have been counting!

That's right folks, it's PGA Championship week and each of the Top 10 and 48 of the Top 50 players in the world will tee it up at TPC Harding Park in San Francisco, California. In terms of course history, we really don't have much to go from this week as the last time this course was used on the PGA Tour was the WGC Match Play event back in 2015. Rory McIlroy beat Gardy Woodland in the final while Jim Furyk beat Danny Willett in the 3rd place match. I am not putting much into this at all mostly because the course will paly much different this time around. For this major, the fairways were narrowed and the rough has been grown out(3.5" or more in spots) which will put a lot more emphasis on driving accuracy or if using Fantasy National, Fairways Gained.

The next thing that stands out right away here at TPC Harding Park are the par 4's. As it is listed on the scorecard, there are seven of the 10 Par 4's over 450 yards, five over 470 yards, and one over 500 yards. That distance combined with the importance of accuracy off the tee is going to lead to a ton of long approach shots in the 175-200 and 200+ range so that is what I will be looking at the most when breaking down Strokes Gained: Approach. Adding to that are the Par 3's which sit at 171, 185, 200, and a whopping 251 yards.

With every I mentioned above, we will probably see an average GIR(greens in regulation) around 55%-60% so the other very important thing here will be Scrambling or Strokes Gained: Around the Green. I am not expecting the winning score to get much into double-digits, if it all, so that means it will be just as important to not rack up bogeys and doubles as it will be to make those birdies, especially from a "making the cut" perspective.

All in all, I will be looking at all these stats and comparing each players long term success and their current for in these areas since the return of golf. On my sheet this week, I have also included a database I put together looking at results from the majors only. Check it out and let me know what you think. Let's get into the picks. 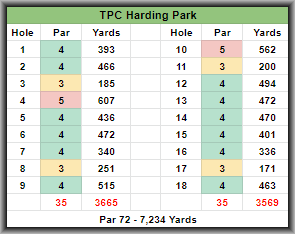 It's #majorszn which makes the decisions among the elite players at the top of the field very tough. Koepka and JT are both in the $11K range on DraftKings and while I like both, I am leaning Thomas for a couple of reasons, starting with form. This pick screams recency bias as JT is coming off his third win of the season and fourth win in the last calendar year but there is no reason to believe he can't do it again. Stats since the return are the other difference here for me as they both have big distance off the tee but Koepka is ranked 103rd in fairways gained while JT is ranked 64th which works out to a half stroke gained per round. JT also has the edge(since the return) in Prox from 200+ yards, SG: Around the Green, Par 4 scoring, and Opportunities gained.

It has been a very interesting return to golf for DJ who missed the cut at Charles Schwab then seen his price drop into the mid $8K range in which he responded with a Top 20 finish and then a win the following week at the Travelers. Then the back injury withdraw after round one of the Memorial had me off him at the WGC where he posted a T12 gaining strokes everywhere but putting. While I won't have exposure in cash games this week, it is very hard to ignore the $9K price tag, his third-lowest price over the last 3+ years. He has the distance to contend, and despite the mixed results since the return, ranks 35th and 5th in long iron proximity ranges I am looking at this week. It could turn into another disaster no doubt, but I a prepared for it as the upside at this DK price is crazy for a Top 5 player in the world.

There is a lot to like about Morikawa this week starting with his price tag which has dropped to its lowest point since the PLAYERS back in March when everything shut down. Since the return, he may have a few ugly results(T64-RBC Heritage, MC-Travelers, T48-Memorial) but also won the Workday Charity Classic and finished 2nd at the Charles Schwab after losing in a playoff. Despite those three ugly results, he ranks 4th in this field in Strokes Gained: Tee to Green since the return and what stands out, even more, is the fact he has gained strokes when looking at fairways gained in 11 straight events and 4+ strokes in an event in three straight and five of the last seven. That will be key this week and at his price, I love the PTS/$ value in all formats.

Ancer has been tremendous since the return of golf posting four Top 15 finishes in five events and the whole blip on the radar was the Memorial where almost everyone struggled. It may be a bit concerning as the difficult scoring will be close to that of the Memorial but there is still just too much to like here. First of all, the price has dropped for four straight events and is now in the sub $8K range giving him a high PTS/$ floor and ceiling this week. Looking at the stats since the return(via FNGC), Ancer ranks 12th tee to green, 6th in fairways gained, 13th in SG: Approach, and 14th/23rd in the long iron proximity distances I am focusing on. He is a core play for me in all formats.

The first player I am targeting in the non-bomber division is Chez Reavie as he is checking almost every single box outside of distance off the tee. He makes up for that lack of distance with pinpoint accuracy off the tee as he is currently 6th on Tour in that area and 13th in this field in fairways gained since the return of golf. Looking at that same sample size of stats since the return, he also ranks 20th in the field in SG: Approach(19th & 37th in long iron prox ranges), 29th in Par 4 scoring, and most importantly 16th in SG: Around the Green. While the upside feels somewhat limited, he has finished Top 25 in three straight PGA Championships but most of my exposure will be in cash games as I am more comfortable with his floor.

Stars and scrubs is most definitely in play this week and there are multiple players I like in this sub $7K range on DraftKings. Kokrak is one of them who returns with a nice PGA Championship track record with four straight cuts made and two straight Top 25 finishes. The worrisome part this week is the surprising bad form following a T3 at the first event back. He followed that up with three missed cuts and a T44 last week and that should lead to very low ownership here. Statistically, what I like about Kokrak is that he has the distance off the tee and ranks Top 30 in both long iron proximity ranges I am looking at since the return. If he can find the fairways here, there is a good chance he sees the weekend for the fifth straight PGA Championship and at these prices has upside so he is a nice GPP play when loading up at the top.