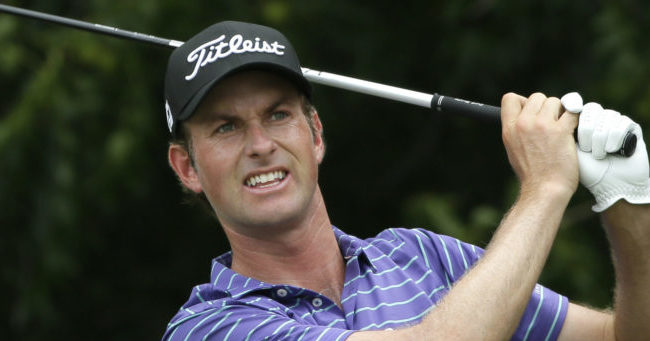 The first major championship of the season most definitely did not disappoint as we Collin Morikawa capture his first career major. He was one of just six players to shoot all four rounds in the 60's including a 65/64 on the weekend. The shot of the tournament and probably the entire season came on driveable hole #16 where he hit a driver to within seven and converted the Eagle, take a two-shot lead, and eventually seal the deal. Before getting into this week, let's take a look at the final round highlights.

While the field won't be the same level this week, the pressure doesn't stop as the Tour heads to Sedgefield Country Club for the Wyndham Championship and final event before the FedEx Cup Playoffs begin. Only the Top 125 get in so let's  look at a couple of players in and around the bubble:

This week's field is led by three(Webb, Brooks, Reed) of the Top 10 players in the World and while Simpson/Reed are here as former winners of the event, Brooks is here to move up in the standings as he comes in siting 92nd overall.

Sedgefield Country Club is a Donald Ross-designed Par 70 listed at 7,237 yards on the scorecard and will play much different than last week. Over the last five years, the course has ranked 41st, 40th, 37th, 37th, and 40th hardest on Tour(among approx 50 courses annually) and has seen a winning score in the 20's in three straight years.

Ball striking is high in my model this week as it always is and when breaking down the approach shots, we should see a ton of mid-range shots in the greens. With the average GIR around 75% over the last five years, proximity also stands out and with 12 par 4's and just two par 5's on the course, par 4 scoring is also high in the model. For cash games, look for consistent golfers in terms of making the cut, especially since the return of golf. For GPP's, I open up a model a little bit more to players who may be up and down but can put up birdies and fantasy scores in bunches.

With that said, let's look at some course stats, previous winners, and get into this week's picks. 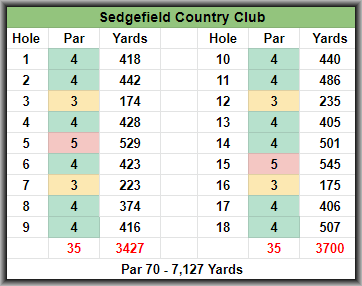 Even with big bad Brooks Koepka in the field, one name stands out above the rest at the Wyndham Championship and that is Webb Simpson. It is a special place for him as it is not only his home state but he also won his first career PGA Tour event here back in 2011. That is not the only highlight here as he has finished Top 3 in three straight years and has seven Top 10's in his last 10 trips to Sedgefield. Since the return, he has missed two cuts but also picked up a win at the RBC Heritage a T8 at the Rocket Mortgage which is also a Donald Ross course where he ranks 4th in Strokes Gained: Total over the last 50 rounds on the course type. The chalk will follow but Webb is easily the top play this week.

Last week kind of hurt as I talked about Casey after he missed back to back cuts in that the ball striking was near elite in those events but the putting and around the green game was terrible. He made the cut the next week but still lost 4.1 strokes putting and finished T67. Then, as we saw last week, he put it all together and finished T2 behind Morikawa and only gained .9 strokes putting. I am riding that strong performance into the Wyndham where he finished T13 and T3 in his last two appearances(2019, 2015). For cash games, I love the $900 discount on DraftKings making Casey a slightly better PTS/$ play in that format but he is in play in GPP's as well.

The first name in the mid-range that stands out this week is Doc Redman. At first glance, you may think I am crazy looking at his course history as he has missed the cut here in both trips but those were his 6th and 12th starts on Tour and is a much better player now than he was then. The stats back it up as he is currently 21st on Tour in Strokes Gained: Ball Striking this season and in this field ranks 9th in ball striking, 6th in approach, 16th in proximity, 29th in par 4 scoring, and 7th in opportunities gained since the return of golf. In that time, he has made five of seven cuts with four finishes inside the Top 30. At these prices, I am on board with Redman as a core play in all formats.

Norlander is a player who has seen a ton of variance in his price since the return of golf. We have seen him as low as $6,000 at the Travelers and as high as $8,600 at the 3M Open and it appears DraftKings has finally settled on a mid $7K price tag and with that, I am on board this week. First of all, he has been very good from a PTS/$ perspective since the return of golf with five straight made cuts in coding three Top 25 finishes, the most recent at that 3M Open two weeks ago. Statistically, he ranks(in this field) 4th in ball striking, 3rd in approach, 1st in par 4 scoring, and 20th in birdie or better % since the return. Add it all up and you have a core play that is most definitely viable in all formats.

In the value range, it starts with Kyle Stanley this week as he enters the Wyndham sitting outside the Top 125 and needs a strong performance to advance to the Northern Trust and start of the Playoffs next week. Good news for Stanley is that he returns to Sedgefield with a T13 last year and a Top 15 finish in two of his last three trips. It has been an up and down return to golf for Stanley as he has missed three cuts in six events but has not finished worse than T32 in the events he did make the cut and he also ranks17th in ball striking, 19th in proximity, and 6th in par 4 scoring in that timeframe. If playing stars and scrubs this week in either format, Stanley is one of my favorite plays in this range.

Going back up into the low $7K range on DraftKings, Sam Burns stands out for multiple reasons this week. It starts with his success since the return of golf as he has made four of six cuts(4 of 5 if you remove the Barracuda) with finishes of T24, T30, T17, and T32 and ranks 27th in this field in Ball striking in that time. What really stands out for me is the birdie upside he has in an event where the winning score should reach -20 again. On my sheet, he ranks 21st in birdie or better and since the return ranks 15th in opportunities gained and 12th in birdies gained. Lock and load in all formats.