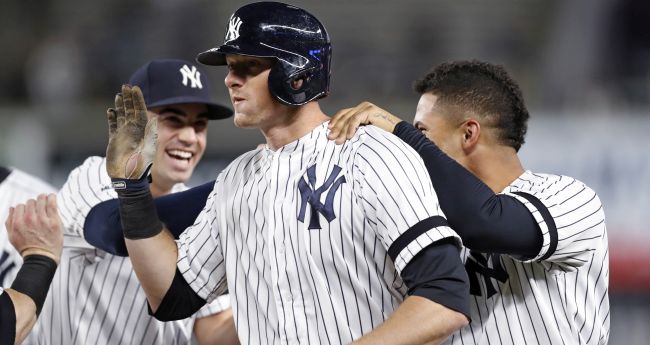 Maeda will take the mound for the Twins on Wednesday and has been a welcome addition to the club after being traded from the Dodgers in the offseason. While he has yet to throw 90 pitches in a game, he has been efficient averaging 5.7 innings over three starts where he has only given up five earned runs(2.65 ERA) with a 16:3 walk rate. He now gets a plus matchup against a Brewers team that is bottom 10 in almost all offensive categories including K rate(28%). All things considered, Maeda is my top pitcher in all formats on the main slate.

At the time of writing this(Tues night), there is no line on this game as the Giants have yet to announce a starter but I am not going out on a limb predicting the Astros will be big favorites here at home. I am not thrilled about paying these prices for Greinke but SP2 is a little muddy on tonight's smaller main slate. The strikeout rate(18.6%) is somewhat concerning but digging deeper, he has improved each game in almost all facets(innings pitched, strikeouts, ER allowed). The Giants are another one of those struggling offenses to start the year giving Greinke a great shot at a win and his best performance of the season. Safe in all formats on this slate.

We are back to a non-Coors main slate tonight and the first team I am targeting(you might see a lot of them this article) is the Phillies. They lead all team on the main slate in implied runs tonight as -171 home favorites and a lot of it has to do with the matchup against Wade LeBlanc who was terrible with the Mariners last season and that has carried over to Baltimore. He has given up at least one home run in each start and 11 earned runs in 14.1 innings(6.91 ERA).

My top play from  PTS/$ perspective is Hoskins at first base. It has been an ugly start from an average perspective(.188) but he went into Tuesday with a 119 wRC+ so he is making the most of it when he is putting the ball in play. To top it off, he has posted a .410 wOBA and 155 wRC+ against lefties since the start of last season. At catcher, it is hard to ignore what Realmuto has done for the Phillies as he has opened the season with a .306/.359/.722 slash line and has been hitting cleanup justifying that hefty price tag.

The Orioles have been a terrific team to target early in the season as they sit top 5 in wRC+(113) and wOBA(.332) and have also shown a ton of power with a .195 ISO(7th best). The price is slowly going up on Nunez and for a good reason as he has been one of the key cogs in the machine with five home runs and 11 RBI along with 13 runs scored. While the matchup isn't at the top of the list, Nunez has also been terrific against righties with a .422 wOBA, 175 wRC+, and .362 ISO. I do prefer Hoskins in cash games but an Orioles stack could be very low owned tonight making them a terrific high-upside GPP play.

While Aaron Judge draws pretty much all the attention in New York as the face of baseball(debatable for sure), DJ LeMahieu has been instrumental in the team's success. While it is a small sample size, he looks even better than he did in 2016 when he won a batting title with the Rockies as he has posted a .397/.426/.517 slash line and has only struck out five times over 61 plate appearances(6th best in the league). What more could Judge and the rest of the power bats ask for? If you have the salary, LeMahieu is easily my top second baseman, and one of my top plays on the entire slate.

The middle infield is always a great spot to grab some value and I will be going back to the Phillies for this one. Phil Gosselin is in a platoon role but will most likely get all the at-bats he can handle against lefties as he already has six hits including two doubles and two home runs over just 16 plate appearances in the split and a .509 wOBA.226 wRC+ over 30 at-bats in the split since the start of last year. Add in the terrific matchup against LeBlanc and you have a top value that is in play in all formats.

There are a few players who have been tremendous to start the season and would be even better for fantasy if not buried in the lineup. Gio Urshela comes to mind and so does Carlos Correa of the Astros who has been hitting sixth but despite that went into Tuesday with hits in 14 of 16 games on the season with an elite .345/.433/.517 slash line. While he is priced like he is hitting near the top of the order, I am willing to pay the price tag for the consistency he provides on a daily basis.

The Mariners are a rebuilding team but have a nice young core there who have been a bit surprising offensively to start this season. Benefiting from that has been J.P Crawford who was quickly moved into the leadoff spot after just five games and has rewarded the team by getting on base over 40% of the time and has already scored 15 runs. He and M's get a plus matchup against a struggling Jordan Lyles who has walked seven batters over his last two start and allowed seven earned runs. At these prices, Crawford is in play in all formats.

I am going to stick with the Mariners here, and specifically the lefties as Jordan Lyles has recorded a 5.67 xFIP against lefties with a .366 wOBA and .517 slugging %. While Crawford has been scoring the runs, Seager has been driving them in as he sat 2nd overall with 18 RBI going into Tuesday and has been consistent as well with a .297 average and .378 on-base percentage. He is in play in all formats but his best value is on DraftKings where he is the 7th most expensive player at the position.

While Kiner-Falefa doesn't stand out in the projections, I just can't get enough as he comes with bargain-bin pricing but is hitting like a star to start the season. He went into Tuesday night with hits in 10 of 13 games and is currently 2 for 4 pushing his season average up to .320 over the first 14 games. Even better news is that he has hit in the two-hole in three of his last four games which really increases his value. Safe in all formats.

It's funny how in DFS you can be on a pitcher one start and targeting against him the next. This is the case with Eric Lauer who got torched in his last start(I was on him and was wayyyy off) and now has to face the Twins loaded lineup. Noone stands out more than Nelson Cruz in this matchup who, despite being 40 years old, is looking like a player in his prime with an elite .344/.391/.578 slash line and already has driven in 16 runs and hit four bombs. Oh ya and he has posted an insane .417 wOBA, 164 wRC+ and .317 ISO against lefties since the start of last year. There are more than enough values on this slate to find the salary to get Cruz in your lineup.

When looking for cash game values, I am always looking for underpriced players in relation to their opportunity and matchup. Nimmo touches on both tonight as he is dirt cheap on both sites while hitting leadoff for the Mets. The average(.226) has been lacking but he has been getting on base at a .423 clip and has scored 12 runs. At these prices, that is more than enough to consider him a top PTS/$ play in any format.