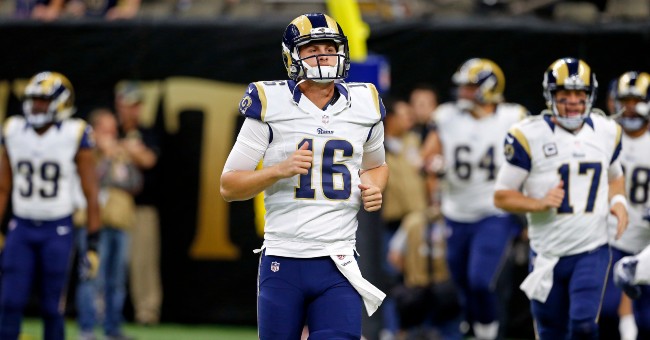 Recapping last week, these were bets put out in our article along with those given away in our members-only chatroom.

Los Angeles Rams
Opponent SF
Rams -3
The 49ers’ biggest issue this year is the offense is just incredibly inconsistent through five weeks. Even at full strength in Week 5, they got rolled by the Dolphins 43-17 looking a bit clueless on offense and definitely missing Nick Bosa on defense after he was lost in Week 2 against the Jets. But between the two, the offense is the bigger issue, ranking 24th in DVOA and 25th in passing. There aren’t a ton of paths for the latter to improve.

And don’t look now, but the Rams might be really good. They rank 4th in offensive DVOA and are 8th in defensive DVOA. The problem, that could start cropping up for them, is that they’ve been gifted a run through the NFC East playing the Cowboys, Giants, Eagles and Redskins so far, all wins. Depending on how you slice it, they’ve either had the easiest schedule or no worst than the 4th-easiest.

All that being said, they are a much more balanced team, able to lean on the run when needed but still having the passing attack weapons if need be. That, plus the Aaron Donald-led defense ranks third against the pass this season. If there’s an issue with this bet is that they are significantly worse against the run and that’s definitely how the 49ers want to go with things. But the Rams are just the better team here and even as road favorites we can lay the points.

Jaguars
Opponent DET
Jaguars +3.5
Let’s start with the good: the Jaguars’ offense is decent. They rank 10th in offensive DVOA through the first five weeks and were a Stephen Gostkowski 49-yarder from maybe being 2-3 on the season. Sure, the record isn’t great but the expectations were low on this team to begin with. But they have an offense that can definitely move the ball. The issue, of course, is on defense where they rank dead last on the season.

But then you have the Lions who have their own issues. They had a nice showing against the Cardinals on the road, but are 1-3 in their own right and rank 23rd in offensive DVOA And 30th on defense. This team is, in the aggregate, maybe just worse than Jacksonville and yet are giving 3.5 points on the road. Sure, home/road scoring isn’t totally what it used to be in this fan-less NFL, but there’s still a slight advantage to waking up in your own bed.

Matthew Stafford has been incredibly inefficient this season, completing only 60% of his passes and they continue to trot out Adrian Peterson as the focal point of the running game. We rode the Jags last week to not-great results. But I’m going right back to the well on them this week.

New York Giants
Opponent WAS
Under 42.5
This game started at 44, is down to 42.5 and I’m still strongly considering the under. We have a matchup here of the two worst offenses in football through five weeks with Washington ranked 31st and the Giants 32nd in offensive DVOA.

Neither team gets anything out of the run game, have suspect quarterback play with Kyle Allen and Daniel Jones, are pretty devoid of skill position guys and just generally stink.

Couple this with both teams actually at least showing a little bit of life on the defensive side of the ball. Washington actually has the 4th dest DVOA defense this season with a middle of the pack strength of schedule thus far. The Giants rank 16th and are sightly better against the run than the pass.

And finally, both teams are league average in opponent plays per game meaning we don’t get any bump up in the pace. I liked the Giants on the under with Dallas last week and was rewarded with not one, but two defensive touchdowns that sunk that ship. Don’t expect it again. Look for a rock fight between these two teams.

I'll also add a Bonus Bet here. Our system really like the Houston Texans +3.5 against the Titans this week. Tennessee is coming on short rest and Houston might have turned a mini-corner in Week 5 after firing the coach getting out of the gauntlet they ran to start the season.