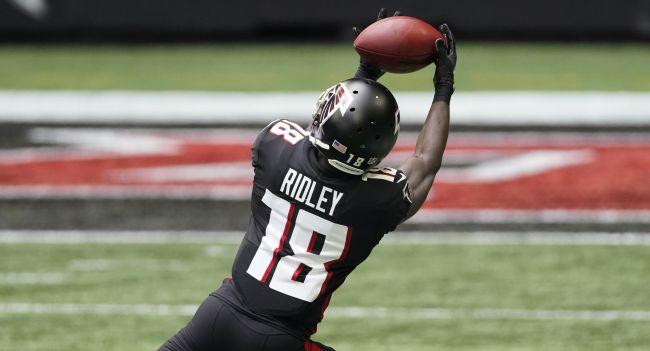 I will start off with a perfect example of recency bias and how we can attack it in GPP formats. At his highest ownership of the season last week(12-13% in GPP), Hines let everyone down with just 33 total yards and eight fantasy points. He is now in the same price range as projected chalk value running backs Wayne Gallman and Salvon Ahmed which should easily have his ownership back down in the 5% range and if that's the case, I definitely want a piece of the action. He went off two weeks ago against these very Titans and at these prices has hit 4x or greater value on DraftKings three times. It is a crowded backfield but the low ownership also means we don't need a ton of exposure to get leverage on the field.

The wide receiver position provides us an excellent opportunity for leverage in top tier as Calvin Ridley sits right in the middle of multiple chalk plays in terms of pricing. He made his return last week against a very good Saints defense adn caught five of nine targets for 90 yards. He and teh Falcons now get a home matchup vs. the Raiders in a game with the second-highest total(55) on the slate.

As for the matchup, the Raiders have allowed the 12th most receiving yards and 15th most fantasy points to the wide receiver position. Since the game when the Raiders completely shut down the Browns, things have gotten worse as they have given up the following to the opponents top pass catchers over the last three weeks:

Ridley was questionable all week up until Friday when his injury tag was removed while teammate Julio Jones did not practice on Friday and is questionable for Sunday. Should he miss, Ridley would get a nice boost in target share raising his ceiling even further. Either way, I am on board with Ridley in GPP formats at a projected low ownership.

In the value range, I have a sneaking suspicion Corey Davis will come in under-owned this week. It starts with the projected chalk with Pittman, Beasley, and Curtis Samuel who are all in good spots and/or in line to get more volume due to injuries. Add that with the fact Davis and the Titans face the #2 overall defense(#3 passing, #3 rushing) in Indianapolis.

Picking a player who is low owned is one thing but we also need him to perform. The reason I think Davis can beat this matchup this week is the fact the Colts defense is very likely to put all efforts into slowing down the leagues rushing leader in Derrick Henry. After that, I would guess their second gameplan would be shut down A.J. Brown which should leave Davis with a ton of one on one coverage and most likely against Rock Ya-Sin who is rated as one of the worst corners in football.

At these prices, I am willing to take the risk with the reward being a ceiling game and possible GPP glory!