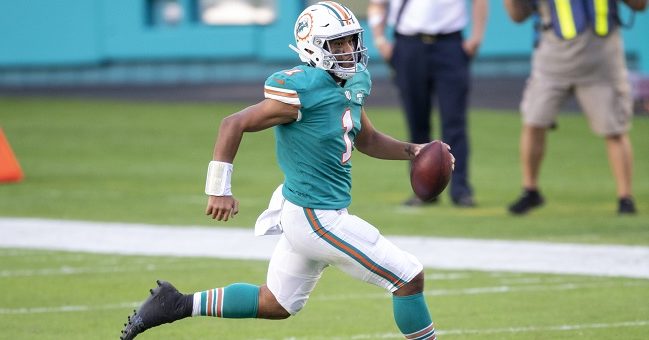 Coming off a 5-3 week last time around in Week 14 and getting pumped for another slate of Sunday action. Let’s dig into some bets.

Enjoy gambling online? Check out JackpotCity Online Casino! They offer a wide range of online and mobile casino slots, from jackpot slots to exciting video slots. They also offer more than 400+ online casino games! Head on over and check out what they have to offer.

This line has been moving anywhere from MIA -3 to MIA -1 depending on the site. But for now, it’s sitting consistently at MIA -2. Though the Dolphins and Patriots are separated by only two wins on the record board, the two teams have had decidedly different seasons on paper. The Dolphins have outscored opponents by 85 points this year while the Patriots have a -2 point differential on the season.

Miami is coming off a game against the Chiefs in which they played really well on the road by couldn’t quite keep pace. Meanwhile, the Patriots have had extended rest playing last Thursday though they got thrashed by the Rams 24-3 and that score makes the game appear even closer than it was. This could be tough sledding for a Patriots team that ranks 28th on offense with the pass against the Dolphins who are top-5 defending it. They’ll have to stick to the ground game where there’s some advantage, but it’s hard to imagine New England mustering a ton of offense.

The Dolphins, at home, really need this game to keep their playoff hopes alive while the Patriots could wrap their season up here with a loss.

The Bucs stumbled for a few games, losing three out of four before turning things around in Week 14 with a win over the Vikings. It’s worth noting though their three losses in that stretch were to Kansas City Chiefs, Los Angeles Rams, and New Orleans Saints, teams with a combined 31-8 record on the season. That’s a tough stretch. Things ease up considerably here against the Falcons.

Atlanta has looked better overall since firing Dan Quinn but are still 1-3 over their last four games. Two of those were to the Saints, but they also dropped a game to the lowly Chargers. Now they’ll face the Bucs who are top five in both offense and defense this season. Meanwhile, Atlanta ranks 14th on defense and are considerably worse against the pass than the run.

With the Falcons eliminated from the playoff and the Bucs possibly locking up a playoff berth with a win, this game could be over quickly.

Check back for more bets as we get closer to Sunday!

Now’s your chance to get DFSR PRO, which will give you access to our NFL, NHL and NBA optimizers and our new player lab! Get started for free by clicking the button below.