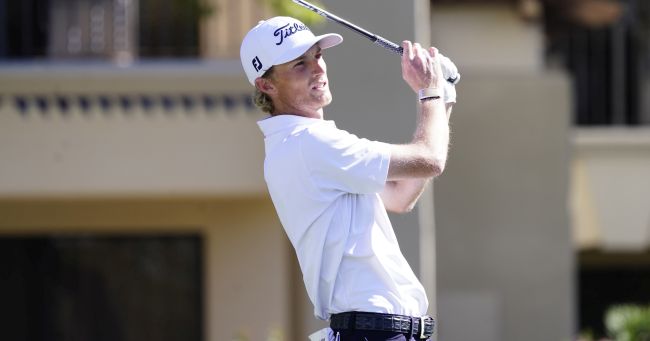 Back up the Brinks truck! Brooks is back and closed out the Waste Management Phoenix Open in style chipping in for an eagle on Hole #17 just shortly after a three-birdie-streak on holes 13, 14, and 15. Xander Schauffele and Jordan Spieth held the lead going into Sunday but could not capitalize whatsoever which is a mistake when you have Brooks lurking on the leaderboard. If you missed it, check out his round 4 highlights below then we will get into this weeks preview.

This week the Tour heads back to California for the AT&T Pebble Beach but this year's event, much like last week, will go ahead without the Pro-Am event. This also means a two-course instead of a three-course rotation with players getting one round on each of Pebble Beach GL and Spyglass Hill GC on Thursday and Friday. The Top 65 & ties who make the cut will then play the final two rounds on Pebble Beach only. With that, my full tourney stats model will be centered around Pebble Beach.

With Dustin Johnson pulling out early in the week, we are left with a much weaker field than we have seen in the past with no players inside the Top 10 and only five inside the Top 50 in the World Golf Rankings will tee it up this week.

From a stats model perspective, I am heavy on Strokes Gained: Approach and will be keying on Proximity as Pebble Beach has the smallest greens on Tour. This also means I will be weighing Strokes Gained: Around the Green as the GIR rate is lower than Tour average leading to a ton of scrambling. Those who can avoid those big numbers on the scorecard when out of position will most definitely have a better shot at showing up on the leaderboard on Sunday. As I am most weeks, I am very high on Birdie or Better % as it correlates with fantasy scoring and the average winning score for this event has been -18 over the last five years.

Let's take a look at the courses, the weather, and then get into the picks. 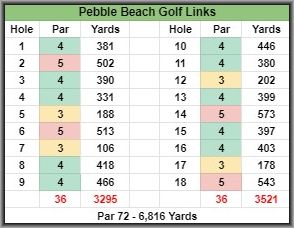 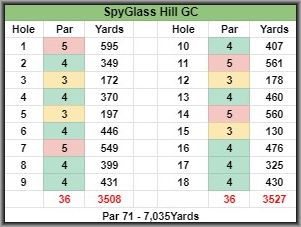 The week starts off great on Thursday morning with little to no wind with it picking up in the afternoon. This will be something to monitor as close to lock as possible possibly get an advantage for Round 1 Showdown contests.

Winds continue through Friday, letting up some on Saturday, with some high winds expected on Sunday.

Zalatoris moves up from #2 in my article last week to the #1 spot this week with DJ taking the week off after a win at the Saudi International. While Zalatoris somewhat let us down last week with a T17 thanks to bookend 71's on Thursday and Sunday, he did end up with 18 birdies and 83.5 DK points. He has now made the cut in seven of eight events this season tallying 70+ DK points in each(78.3 average). Most of the success has comes from some elite ball-striking as he has gained 6.9 strokes on approach over the last two games and gained strokes both off the tee and on approach together in all five events with shot tracker. In a weak field, with his form, he is in play for me in all formats.

Next up is a player I have not mentioned in an article or highlighted on my sheet in what seems like years but Molinari is playing much better and squarely on my radar this week. He has not played this event in the past but does have experience on Pebble Beach Golf Links as he finished T16 here in the 2019 US Open. What really stands out here is the form so far in 2021 as he has put together back to back Top 10 finishes at The American Express and Farmers Insurance Open while gaining a whopping 9.8 strokes ball striking and 12.9 strokes tee to green. With DJ out of the mix and Molinari in the low $9K range on DK and the sub $11K range on FD, he is in play in all formats for me this week and I will also be betting him outright and Top 10.

His price is getting dangerously close to an all-time high($8,900 at the Bermuda Champ) but the good news is that his game is backing it up recently. After missing four straight cuts(3 in fall and then Sony Open in Jan), he has found a ton of form with three straight Top 25 finishes while gaining strokes both off the tee and on approach in all three. Not only has the ball striking been near-elite, but he has also gained 3.6 strokes putting in that time. To cap it off, he has only gotten better here at Pebble each trip with a MC in 2013, T70 in 2016, T38 in 2015, and T25 last year. That is the floor I am looking for this time around and within this field, I feel he has winning upside. Both a DFS and outright play for me this week.

In terms of form, NeSmith is much like Norlander with some missed cuts(4) mixed in this season but he has also tallied two Top 10 finishes, one of which came last week at the Waste Management Phoenix Open. The driving force behind his hot start to the season has been the iron game as he has gained four or more strokes on approach in four of his last six events. He now returns to Pebble Beach where had an impressive T11 last year in his first trip to the event. He checks every box and at these prices, he is in play for me in all formats.

The concentrating on players with strong form in terms of their irons Kyle Stanley should be no surprise here in my value targets. He comes into this week having gained 11.2 strokes on approach over his last three events and a staggering 17.8 strokes tee to green. With those kind of numbers, you would expect to see a Top 10 or even a win on the box score but the putter is what has let him down which should come as no surprise. He hasn't played in this event since 2016 but has made the cut in three of his last four trips to Pebble and also made the cut here in the 2019 US Open. I think his floor is a cut maker putting him in the cash game conversation at his price and his upside is a Top 10 if he can find an even slightly above field-average putter.