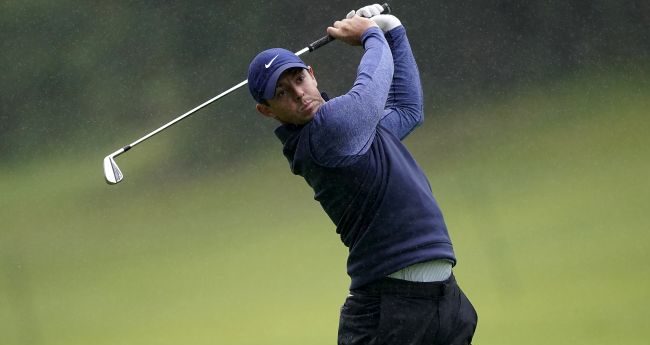 The Florida swing continues this week as the PGA Tour visits Bay Hill Club & Lodge for the 2021 Arnold Palmer Invitational. We get another strong field led by Tyrrell Hatton(#6), Rory McIlroy(#8), and Patrick Reed(#9) who are all ranked inside the Top 10 of the Official World Golf Rankings.

Bay Hill is a course that will challenge the best golfers in world no matter the weather conditions. It has ranked inside the Top 15 hardest courses in terms of scoring average in each of the last four years and ranked #1 last year after four days of wind. It starts off the tee where we will see some "less than driver" gameplans with dangers in the form of water, well-placed bunkers in the 300-yard landing zone, and the need for positioning to have a clear shot at the greens on some of the dogleg holes. This has led to an average driving distance around 290 yards which then leads to a ton of long iron approach shots. This shows as over 29% of all approaches have come from the 200+ yard range(via FNGC).

The event will also have a cut of Top 65 and ties after round two but despite that, I am heavily on stars and scrubs early in the week with so many values that stand out. Before getting into the picks, let's look at the course and the top stats in my model. 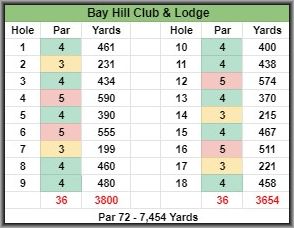 Ball striking as a whole comes in as my top correlated stat from year to year and I love seeing that as the weather and scoring conditions have varied quite a bit recently. I have Off the Tee and Approach very close in my model as we see some players littered across API leaderboards who are outside the top 25/30 in one category excel in the other area.

When breaking down Strokes Gained: Off the Tee, distance can definitely be an advantage but only if accurate with all the dangers. Because of this, I will be looking at Fairways Gained very closely in the short term.

For Strokes Gained: Approach, I am putting a lot of emphasis on long iron Proximity from 200+ Yards. As I mentioned above, close to 30% of all approach shots come from this range.

I have these two together this week as the correlation was very close looking back over the last couple of years. For the most part, the players at the top of the leaderboard were good in both areas but there were still a lot of Top 10's scattered in there where a player was terrible on one but elite on the other. When breaking down the Par 4's, look very closely at the 450-500 yard range as five of the 10 holes fall there. For Par 5's you can also go par 5 BoB% or go even further and look at eagle rate as there have been 29 and 37 over the last two years.

I am going right to the top this week for my favorite pick on the board and it comes down to loving the value range making it quite easy to build around Rory. He returns to Bay Hill with four straight finishes of 6th or better including a win in 2018 where he beat Bryson by three strokes. He hasn't won on the PGA Tour since the WGC HSBC in November of 2019 but is trending in the right direction with seven finishes of T21 or better this season including three Top 10's, one of which came last week where he gained strokes in every SG area finishing T6. The tee to green game is on point as he has gained 6+ strokes in three of his last four events overall, as well. All things considered, I will be heavy on Rory in all formats.

It is very close in this range and the defending champ Tyrrell Hatton is most definitely on my radar but I lean Fitz this week for a couple of reasons. First of all, it is as simple as a few hundred bucks discount on both sites which could come into play in your builds. More importantly, Fitz comes in red-hot with a T5 at the Genesis and a T11 last week at the WGC while sporting an elite all-around game gaining strokes in every SG area in both events. While he hasn't won here like Hatton, he does return with back-to-back Top 10's at Bay Hill and has finished Top 15 in three of his last four trips. I will be heavy on Fitz in DFS and will be betting him outright and Top 5/10.

Here you are looking at most likely the highest owned player of the week and for good reason, as he checks every box. It starts with the dazzling course history as he made not only made the cut in all seven trips to Bay Hill but has never finished worse than T34 with four Top 10's and a win in his most recent trip in 2019. He returns this year in excellent form having tallied a Top 10 in three of his last four events and like Fitzpatrick, has been tremendous tee to green. With all that said, I would have thought he would be in the mid $9K range but here we are getting him in the $8K range on DK this week. Lock and load in all formats. I will also be betting him outright, Top 5, Top 10.

Tringale is one player DraftKings just can't seem to figure out a price for as he has been as low as $6,900 at the Waste Management and as high as $8,500 at Pebble Beach. This week, we get him in the sub $8K range and I am thrilled as he enters with excellent form having made seven straight cuts and nine of 11 this season with two Top 10's and Five Top 25 finishes. Looking at the last 24 rounds(via FNGC), he ranks 10th in SG: Tee to Green, 3rd in SG: Approach, 16th in Proximity from 200+ yards, 7th in par 5 scoring, and 7th in BoB%. He is in play in all formats.

Despite missing four of 12 cuts this season, NeSmith has turned a corner with his game. He tallied just five Top 25 finishes in all of his rookie season a year ago and comes into this week with six already including three straight at the WMPO, Pebble Beach, and Genesis Invitational, all of which had arguably stronger or similar fields. He backs that up statistically, as well, ranking 8th in this field in Strokes Gained: Ball Striking over the last 24 rounds so I fully expect a better showing here at Bay Hill where he missed the cut by one stroke a year ago. In these prices ranges, he is in play in all formats and I will also have a small outright on him with a Top 10 and Top 20 bet, as well.

I mentioned liking Rory so much this week because of all the value that stands out this week and Patrick Rodgers is one of them. He not only returns to Bay Hill making the cut in four of five career trips with three Top 25 finishes, but he also comes in with decent form with a T30 in Puerto Rico last week and a much more impressive T12 at the Genesis Invitational the week before. Let's don't forget the streak of four missed cuts before that which tells us he may not be safe in cash games but has a ton of upside for the price in GPP formats this week.