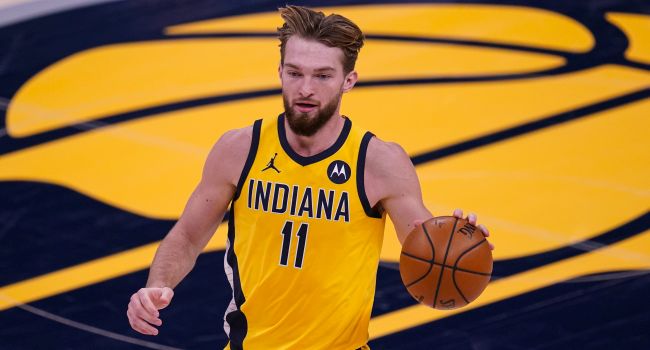 This first half of the season has been nuts, and it's mercifully coming to an end. This slate is complete bonkers, with 10 games in total and numerous teams dealing with COVID issues. That's obviously going to be a major theme, so let's go ahead and get into it!

Can we admire how special this kid is? He's just 19-years-old, and he's easily a Top-50 player in his rookie season. He's been particularly good recently, scoring at least 41 DraftKings points in seven of his last eight games while averaging 46 fantasy points per game across his last five fixtures. That's a ridiculous total, and he could be asked to do even more here with DeVonte'Graham and Gordon Hayward possibly missing this game. The best part might be this matchup, though, with Minnesota ranked third in pace and 28th in points allowed. In their one meeting earlier this year, Ball had another 46-point gem if you needed any more incentive.

This is certainly a risky play, but Maledon has carved out a nice little role with the Thunder. He's actually been inserted as the starting point guard with George Hill out of the picture, playing at least 28 minutes in 13-straight games. He's shown some flashes in that stretch, too, averaging 23 DK points per game in that span while dropping a 40-burger two games ago. Getting 23 fantasy points out of a $4,500 player is really all you can ask for, and that shouldn't be tough to duplicate against a 28th-ranked Dallas defense.

Kyle Lowry could go nuts with half of the Raptors roster missing.

We already discussed how Graham and Hayward could miss this game, forcing Ball and Rozier to take over. Scary Terry is actually in the midst of a breakout season, averaging 34 fantasy points per game. A lot of that damage has come recently, with Rozier averaging 35 DK points per game across his last 12 outings, despite two duds being mixed in there. We already discussed the tasty matchup, and as long as those two guys are out, Rozier and Ball are hard to avoid.

Bledsoe has had a down year by his standards, but things are starting to turn around. In fact, Bled has at least 29 DK points in three-straight games, which is the guy we've become accustomed to in the past. He's averaging 15.3 points, 5.0 rebounds, 4.7 assists, and 1.7 steals per game, which showcases how easily this dude can stuff the stat sheet when he's rolling. We really like this matchup, too, with Chicago ranked sixth in pace and 24th in points allowed.

Luguentz Dort could play 30-plus minutes, which puts him in play below $4K.

It's weird to say, but Ingram has become a rather underrated fantasy asset with Zion Williamson stealing so much of the spotlight. That has actually lowered his price a bit, and the production hasn't dropped off at all. Amazingly, BI has scored at least 28 DraftKings points in every game this season, averaging 41 fantasy points per game. That's flirting with a 4X floor which is hard to find from someone in this price range. The matchup against Chicago is stupendous, too, with the Bulls playing at that blistering pace. That was on full display when Ingram had 35 fantasy points on them, despite shooting 6-of-19 from the field. If he gets hot, look for 40-50 DK points here.

It sounds like Toronto will be without about half of their players, and that's going to force Powell into a monster role. They'll be without Fred VanVleet, OG Anunoby, and Pascal Siakam. That's pretty much the whole offense outside of Lowry, Boucher, and Powell, likely forcing Norm into 40 minutes and 20 shots. In the 20 games he's played at least 27 minutes, Powell is averaging 34 DK points per game, scoring over 40 fantasy points in the three games he's played at least 38 minutes. That's bad news for a Detroit defense that owns a 30th OPRK against opposing SFs this season.

LeBron James is obviously a good pick against the NBA's worst defense if you have the salary.

Sabonis probably deserved to make the All-Star team, averaging 47.4 DK points per game. He's been even better the last few weeks, scoring at least 35 DK points in 10-straight games, averaging 48 fantasy points per game in that span. That makes it hard to believe that his price dropped, especially when you see that he faces a Cleveland team that ranks 28th in defensive efficiency since the beginning of February. He crushed them in their only meeting this season, too, with Dom collecting 25 points, 11 rebounds, and seven assists.

This is my favorite play of the day! The one thing that's been holding him back is his role, but the Raptors have no choice to throw CB out there for 40 minutes here. That's scary considering he's never played more than 33 minutes, averaging 39.4 DK points per game in the 18 outings he's played at least 24 minutes. He did that damage in just 28.1 minutes a night, and if he gets the 40 minutes we expect here, Boucher could easily be looking at 50-60 fantasy points. The matchup is simply the icing on the cake, with Detroit surrendering the fifth-most fantasy points to opposing big men. Lock this guy into every lineup!

P.J. Washington has had monster games in two of his last three outings and remains way too cheap on FanDuel at $5,800.

Horford has remained way too affordable all season long. Since coming off maternity leave last month, Big Al has scored at least 29 fantasy points in 11 of his last 14 games. He's also averaging over 35 DK points per game in that span, making it hard to believe he's barely cracking $6K. We can't overlook this superb matchup, too, with Dallas having one of the worst center rotations in the NBA while ranked 27th in defensive efficiency. If he sits this one out in the front end of a back-to-back set, don't forget about Darius Bazley and Isaiah Roby stepping up in his absence.

Jordan has quietly been excellent since the Jarrett Allen trade, taking over the center position in his absence. In the 23 games since then, DK is averaging 26 DraftKings points per game across 25 minutes a night. That makes him a good value in the mid-$5,000s, especially with Kevin Durant sidelined as well. Houston happens to have no centers with Christian Wood injured and DeMarcus Cousins cut, leaving DJ to feast on a team that enters this matchup losing 12-straight.

Justin Patton is a good punt play around $4K with Christian Wood out.