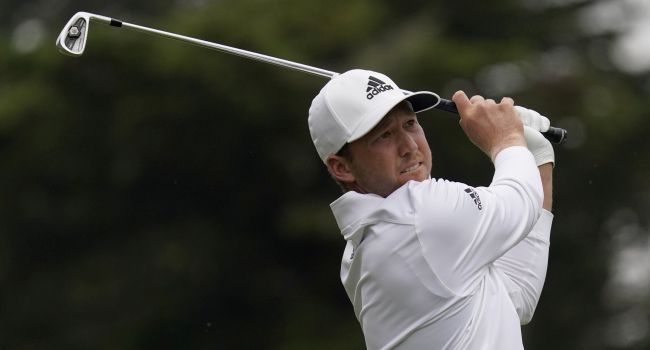 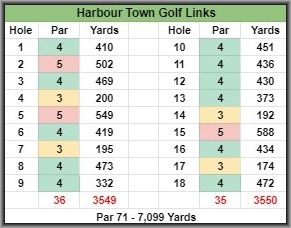 It was another incredible Masters finish that saw Hideki Matsuyama capture his first major championship but it wasn't without drama. After a rain delay on Saturday, Hideki came out firing and finished the back 9 with just 30 strokes giving himself a four-stroke lead going into Sunday. His first of the day went into the trees leading to a bogey but he rebounded quick with a birdie on the next hole and while the lead had shrunk to two strokes a few times he went into eh final hole needing just a bogey to capture the Green Jacket. He needed every shot as he missed a short par putt but either way, got the job done.

This week the PGA Tour rolls into Hilton Head, South Carolina, and Harbour Town Golf Links for the 2021 RBC Heritage. The event returns to its annual April date after being played in late June a year ago due to the new COVID scheduling. The field is loaded at the top with five(DJ, Morikawa, Hatton, Webb, Cantlay) of the World's Top 10 golfers and has 28 of the Top 50 in the World teeing it up this week.

Harbour Town GL is a Pete Dye design which, like last week, puts emphasis on precision and accuracy much more than distance. It shows in the results as each of the last five winners(farthest I went back) averaged 285 yards or less in terms of driving distance for the week. With a lot of "less than driver" action off the tee, I will be focusing my heavy weight on balls striking in my model on Strokes Gained: Approach and specifically the mid-iron Proximity distances(150-175 & 175-200).

The greens here at Harbour Town are also some of the smallest on Tour outside Pebble Beach which has led to a field-average GIR rate around 60%. This gives those who are on point with their iron proximity a huge advantage but doesn't mean those who are not are dead in the water. There will be a lot of players missing greens and shedding strokes to the field so Strokes Gained: Around the Green is a big stat for me this week, especially for cash game models.

The final piece of the puzzle here at Harbour Town is the weather as winds can make this course Top 5 hardest on Tour. As of now, Thursday and Friday appear normal with 8-12 mph winds with those picking up on Saturday where there is also a chance of rain. Stay to windfinder to get the latest forecast as lineup lock approaches Thursday morning.

Berger is coming off a missed cut at the Masters but has been in form all season making 10 of 12 cuts with a win at Pebble Beach, four Top 10's, and seven Top 25 finishes in 12 events. Statistically, the run is led by his ball-striking (8th in this field in SG: BS last 24 rounds) and putting(13th in SG: P last 24 rounds) which have him ranked 6th overall in Birdie or Better over the last 24 rounds(via FNGC). He now returns to Harbour Town after a T33 in 2019 and T3 last year and also ranks Top 10 in SG: Tee to Green on Pete Dye courses. All things considered, Berger is my top DFS play of the week and I also bet him outright to win.

I won't be building cash lineup with DJ but looking at the top tier in terms of ownership Webb, Cantlay, and even Morikawa should take up a large part of the pie. This has me gearing up for a leverage pivot in my 20-max GPP build as it appears DJ could be the lowest owned in the $10k and outside the Top 10 overall. His results here are nothing to write home about(T17, T28, T16) and his form hasn't been great lately but he is the #1 player in the world and to be overweight on the field I will likely only need to allocate three of my 20 lineups(15%) to him. Lock and load!

The chalk play in this range is most definitely going to be Ancer and it will be a very tough fade for many reasons. First of all, he has the highest odds/salary differential in teh top tier on my sheet for both sites and has been one of the most consistent PTS/$ plays on Tour this season. Through 15 events, he has made 13 cuts with two Top 10's and nine Top 25 finishes. Two of those Top 25's came on Pete Deye courses where Ancer leads the field Tee to Green(L24 round sample) and has finishes of T22, T5, T11, T2, T2 on Pete Dye tracks since the start of last season. At these prices, despite the chalk, he is a great play in all formats.

Back on Kirk again this week as the form continued at the Valero where he finished T6 while gained four strokes on approach. He has now made the cut in 11 of 13 events this season with three Top 10's and seven top 25 finishes and ranks 23rd in this field in SG: Ball Striking over the last 24 rounds and is also 9th in SG: Around the Green. That is a great recipe for this Pete Dye track and while his course history is up and down here, this may be the best form he has ever shown up with!

What I always like about Nesmith is the balls striking as he ranks 8th in this field in that category over the last 24 rounds and 9th on my sheet which is a much larger sample to back it up. What I don't like is the putting which has held him back lately as he has lost strokes putting in five straight events. The good news is that when he has an above-average performance on the greens, he provides us Top 10 upside and at a price below $7K on DraftKings. Each of the last four times he has gained at least one stroke putting in an event he has finished Top 20. At these prices, I am taking a shot he figures it out this week and crushes value.