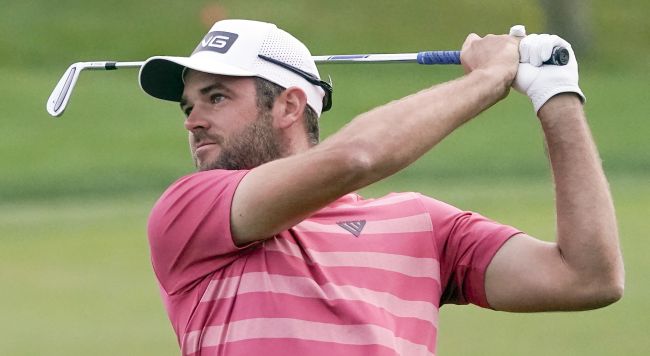 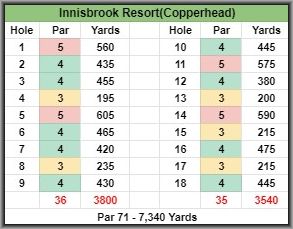 This week the PGA Tour returns to Florida and heads to Innisbrook Resort for the Valspar Championship. The event had been played annually at Innisbrook going back to the year 2000 until last year when it was canceled due to COVID-19. This year's field is loaded at the top led four of the Top 10 in the World Golf Rankings including #1 Dustin Johnson and #2 Justin Thomas.

Back in the Florida Swing means another tough test as Innisbrook Resort has ranked as a Top 10 hardest course five times in six years from 2014 to 2019 and ranked #6 four times. To put that into perspective, those rankings also include the four majors. The difficulty comes with a combination of small tree-lined fairways, doglegs forcing landing zones off the tee, tougher rough than we have seen lately, and very small greens(5,800 avg sq ft). Looking at the last five trips here, the field has averaged under 60% in both fairways hit and greens in regulation. This puts a huge emphasis on Strokes Gained: Ball Striking and that is, by far, my top stat in my long-term and short-term models this week. With small greens and low GIR numbers, I will also be looking at Scrambling/Strokes Gained: Around the Green as those who can save par from off the green more often are going to be the ones making the cut and hunting the leaderboard on the weekend.

Hard not to like the reigning back-to-back Valspar champion this week as he comes in 5th in DraftKings pricing. He is coming off a missed cut at the RBC Heritage but that is no concern as he did the same before winning this event in 2019. Before that MC, he finished T26 at the Masters and had four Top 10's going into the major championship. It was his iron game that led the way during that stretch as he gained a whopping 17.3 strokes on the field. using Fantasy National Golf Club tools, Casey also ranks Top 5 in windy/difficult conditions over the last 24 rounds. All things considered, I will have exposure to Casey in all formats and be betting him outright.

Even with names like Johnson, Thomas, Reed, and Hatton, Corey Conners comes into the week as the hottest player in the field. He has tallied a Top 10 finish in four of his last five events and since missing his fist two cuts of the season back in September has made 15 of 16 cuts with seven Top 10's and 12 Top 25 finishes. He has always been known as a top ball-striker on Tour but is now also rolling the ball very well on the greens gaining strokes with the putter in five of his last six events. I will have exposure to Conners in all formats but will not be betting him outright at a number smaller than Casey's(LOL).

At this point, I feel like I am the president of the Chris Kirk Fanclub but it's hard to argue with his terrific form and value price almost every week. While some may get scared off by the terrible course history(T109, T49, T109, T42 in four trips) I won't be one as he has never entered this event playing anywhere near as well as he is right now. He has made six straight and 12 of his last 13 cuts including back-to-back Top 10's and is 6th in this in SG: Tee to Green over the last 24 rounds. I am confident he puts up a career-high finish here at the Valspar in 2021.

Sticking with the ball striking narrative, we have Jason Kokrak who also checks a lot of other boxes starting with his course history. It wasn't all sunshine and roses early on as he has missed the cut badly in his first three trips to Innisbrook but has since made the cut in five of six with four Top 10's including a T2 in 2019. He also hits on form making eight straight cuts and has tallied a Top 10 finish in three of his last four events and is 18th in this field Tee to Green and 6th in opportunities gained over the last 24 rounds. Put it all together and you have a great play in all formats.

After missing 11 of 16 cuts with just two Top 25 finishes a year ago, the turn-around has been incredible to track for Doug Ghim. He has been one of the most consistent PTS/$ value plays making 13 if 17 cuts with seven Top 25's and a Top 10 at the AMEX. The success has come on the back of his ball-striking which ranks Top 20 in this field on the season. At these prices, I am on Ghim in all formats once again this week.

If you are building around one of the big two(Johnson or Thomas) this week, you will have to venture down in the danger zone. One name that stands out down here is Roger Sloan who returns to the Valspar after a T60 in his first appearance back in 2019. While that finish isn't great, by any means, it is a made cut in his first trip to a tough course and that is really all we can reasonably expect from a player in this range. The good news in regards to his form is that he has tallied a Top 25 finish in three of his last four events and ranks 19th in SG: Approach and 18th in overall SG: Tee to Green in this field over the last 24 rounds.