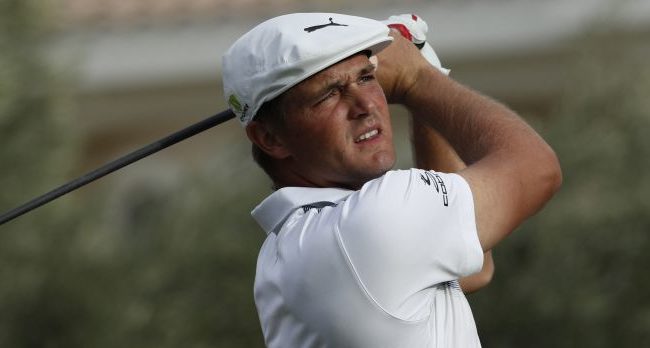 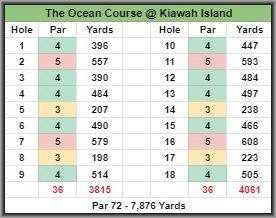 The second major of 2021 is here and the anticipation has been growing. With a rotating course schedule, this year's PGA returns to the Ocean Course at Kiawah Island for the first time since 2012 when Rory McIlroy roared to a -13 winning score and eight-stroke victory. His winning score did the course no justice as he made it look much easier than it was with only 20 players shooting under par with Rory the only one reaching double-digits.

The course is a Pete Dye masterpiece and one of the toughest tests there is in golf. It is a classic Pete Dye design that forces players to be creative and really think out every single shot. Unlike other Pete Dye tracks, however, it adds a ton of distance and listed at over 7,800 yards, is the longest major championship venue in history. The course is somewhat of a Links-style course as all 18 holes are in view of the ocean and the winds unpredictable, inconsistent, and can wreak havoc on a golf round. The big difference with Kiawah Island and other Links courses is that several of the greens here are raised up taking away the traditional bump and run approach shots that we see at other Links venues. This adds a whole other level of difficulty if the winds play a factor. Instead of me trying to describe the course, have a look for yourself in this amazing flyover video.

One thing I wanted to highlight was the very unique "transition areas" or "waste bunkers" which are much different than your regular bunkers as the rules state you can ground your club and practice swing in these areas. Keep this in mind when viewing over the course of the four days.

With that, let's go over a couple of key stats that I am using in my model this week.

First of all, it is going to take a complete game for four days to have a chance to contend on Sunday but I wanted to highlight a couple of stats I am focusing on in my model.

Strokes Gained: Off the Tee

If you watched the flyover video above, you will see that not only is distance required off the tee but you better be fairly accurate as well or you are going to be looking at a bogey or worse. I will be looking at players who are trending in both areas but won't totally discount someone that doesn't hit on both.

This one is a little more of a broad stat as there are a lot of factors in play. First of all, if targeting a player who isn't in the top rankings for distance off the tee, I will be looking heavily at long iron Proximity from 200+ yards while expanding that to the 150-175 & 175-200 for the longer hitters. In general, I will be looking at Rough Proximity as well with expected fairways hit % in the mid to low 50% range. The big takeaway here is to not just lock in on one stats. Look at SG: Approach as a whole then start breaking it down once you narrow down your player pool.

The Par 4's on this course are absolute beats with seven of them over 450 yards, five over 480 yards, and two over 500 yards. In my opinion, these seven holes will make or break a player's chances of making it to the weekend and then contend on the weekend. This also closely ties into the Proximity from long ranges stats in my model.

I am fully expecting fairways to be missed and greens to be missed in regulation at a much lower rate than Tour average. This puts a premium on getting up and down as par on most of these holes is going to be a great score.

Now let's jump right into my picks for the week.

If you have been reading my articles lately, you know full well I have been on the Bryson train and to be honest, it hasn't been a smooth ride. While that doesn't stand out as a push to play him, I am back on not just to chase my losses but because he really stands out in terms of his distance skill being a huge advantage. For example, the carry over the bunker on the Par 5 7th hole is a huge advantage as many will be laying back making it a three-shot hole. A lot of the holes angle off as they get further from the tee and hugging that side is the prime spot to have the best approach to the green. Even when laying back on some of the holes he ranks 1st in Proximity from 200+ over the last 24 rounds(via FNGC) and is 9th in par 4 scoring in that time. Speaking of Par 4 scoring that is where the distance is the biggest advantage as seven of them are over 450 yards and five are over 480 yards. Bryson is once again my top DFS GPP play at his lowest price in a while and I will also be betting him outright at 17/1.

Not many have been ball striking better than Hovland. In fact, just two in this field have average more strokes gained balls striking this season and the results have also been there as he enters this week with six Top 5 finishes in his last 10 events including a win at the OHL Classic. The only knock on him in my model is that he has been below Tour average around the green but the good news is that he has gained strokes in two straight in that area. I will have exposure to Hovland in all formats and he will also be a part of my betting card.

While Bryson is my favorite upside play of the week, Daniel Berger is my top PTS/$ play as he checks almost every single box. It starts with his form coming off a T3 at the Byron Nelson last week gaining a whopping 9.2 strokes tee to green and for the season he has tallied a win, five Top 10's, and eight Top 25 finishes in 13 events. Statistically, no golfer is more consistent across more key stats than Berger as he has gained strokes both off the tee and on approach together in five straight events and he ranks 13th overall in this field in ball striking on my sheet. What he lacks in top-end distance, he makes up for with long iron play ranking Top 20 in both Proximity from 175-200 and 200+ yards. All things considered, I will have a lot of exposure to Berger in all formats and an outright bet on him.

The $7K range on DraftKings is absolutely loaded and you could literally build a very high floor/high upside lineup just in this range alone. I don't think we need to go that far but if we are ranking them, I have Ancer right at the top in this range for many reasons starting with his form. He comes in with back-to-back Top 5 finishes and has finished T26 or better in seven straight events. He does lack that upper-level distance off the tee ut his elite ball-striking, par 4 scoring, and above-average around the green game should keep him in it and possibly contending come Sunday. The floor is high and at these prices, I love the PTS/$ upside, as well. Fire up Ancer in all formats.

The first value that jumps off the page is Keegan Bradley who has been absolutely crushing lately from a PTS/$ perspective and is now at his lowest price since the PLAYERS. He comes into the week having not only made the cut in seven straight events but only finishing outside the Top 30 once during this stretch. He has always been know for his ball-striking but has been on one of the best putting runs of his career gaining strokes on the green in five of his last six events. He knows how to get around these Pete Dye tracks and even with the added distance he ranks 46th in driving distance and 10th in proximity from 200+ yards so I am not at all concerned. Oh ya, he also finished T3 here at the 2012 PGA Championship! All things considered, he will be chalky at this price and I will likely have more than the field in GPP and locked in as a top cash play.

Kokrak is another top value play that jumps off the page this week. Through nine events in 2021, he has yet to miss a cut and has three Top 10's and four Top 15 finishes in his last five events. He has plenty of distance to compete at this monster venue and looking at my Fantasy National custom model he ranks 15th in SG: Tee to Green in difficult scoring conditions and 31st in SG: Tee to Green on Pete Dye courses(50 round sample). Put it all together and he is underpriced and one of my favorites value plays in all formats.