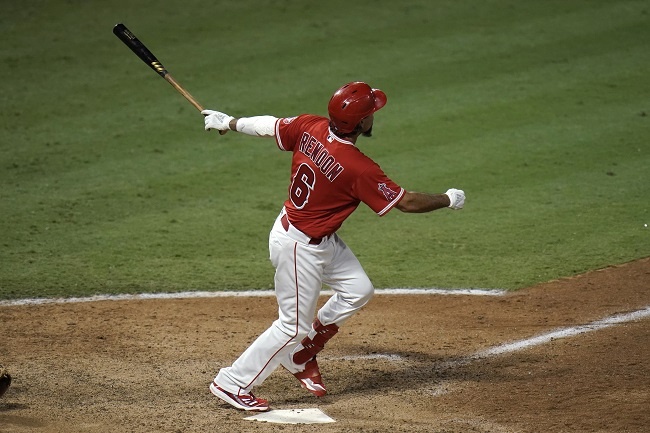 We have a very interesting choice to make at pitcher in this NL East matchup that has a slate-low 6.5 total. With a lack of value options I trust for cash games, I will be fading Scherzer's price and leading off with Zach Wheeler. He provides a ton of consistency averaging almost seven innings per start and enters the night with an elite 2.75 ERA(14th best among starters) and 2.48 xFIP(5th best). He also gives us a ton of upside potential and has tallied 10+ K's in three straight(35 total) starts. It also helps that the Nats have struggled to score recently averaging just 2.6 runs per game over their last 10. All things considered, Wheeler is in play in all formats.

While you can pair Wheeler and Peralta together on DraftKings, this pick is more about FanDuel tonight where he is $2500+ cheaper than both Max and Wheeler. He also has very similar numbers across the board with a 2.38 ERA/3.34 xFIP and is second behind Jacob deGrom with an elite 37% K rate backed up by a 15% swinging-strike rate. I also like the matchup tonight against the Diamondbacks who have a wRC+(87) 23% lower against right-handed pitching.

Also Consider: Shohei Ohtani(LAA) who lacks control at times pushing his pitch count up early but has elite upside at these prices vs a SEA team that K's 26% of the time

The A's are likely going to load up on left-handed bats tonight vs. Jon Gray in Coors Field and that leads us right to Matt Olson who is having a career-start to the season. While he is mainly used in DFS for his power numbers as he leads the team in HR(14) and RBI(37), he enters the night with a .274 average which is over 30 points higher than his career mark. A lot of this has to do with plate awareness and patience as he is striking out just 16.7% of the time which is 10% less than career-average. The price has gone up but the matchup and park factor scream top play in this game with an 11 total.

The Royals offense has been very streaky this season and currently red-hot having scored five or more runs in six straight games. Now they get one of the best matchups on the board against Matt Shoemaker who walks too many(8.5%), doesn't strike anyone out(14.7%), and has been punished for it with a 5.90 ERA/5.09 xFIP. If not paying up for Olson at first, I love the value with Santana who has been consistent with hits in six straight and 10 of his last 12 games and enters with a solid .364 wOBA/134 wRC+ on the season. He is my top PTS/$ play at the position.

My love for Wong tonight comes from a splits perspective as he faces Matt Peacock who has been decent overall but really struggled against lefties giving up a .368 wOBA and a .609 SLG %. This lines up nicely for Wong who is very affordable on both sits, hits leadoff for the Brewers who now have Yelich back, and he has been consistent hitting .280 on the season with a 115 wRC+. At these prices, he is one of my top plays for cash games at the position.

If you are looking for some value in this high total(11) Coors game, look no further than Jed Lowrie. He is less than impressive when looking at the numbers as he is hitting just .241 with a .309 wOBA but has been back up hitting in the 2-3 hole in the lineup and if there again, is too cheap for the huge park upgrade. He is also a switch hitter who will be hitting from the left side which is a slight upgrade in this matchup vs. Gray.

Also Consider: Mike Brosseau(TB) if he gets the start vs. the lefty as he has tallied a .380 wOBA and 149 wRC+ in the split since the start of last season

I am usually leading off the shortstop section with a top payup but high dollar plays are all either injured, struggling, or in bad matchups. This leads me to one of my favorite PTS/$ values at any position in Amed Rosario who has really started to heat up with a .377 wOBA and 142 wRC+ since the 15th of May. Giving him that extra boost in value is the fact he has been much better against lefty pitching with a .351 wOBA/124 wRC+ since the start of last season. I like the Indians as a GPP stack tonight but Rosario is very high on my list as a one-off play in cash games.

Also Consider: Adalberto Mondesi(KC) if he is back in the lineup but only as a GPP play as the price has jumped up fast since his return or Bo Bichette(TOR) who has seen his price drop out of the $5K range on DraftKings

The Twins have been baseball's biggest disappointment this season but hopefully Donaldson's mini breakout is a sign of things to come for the team. The system has had a man-crush on him lately so it has been rewarding lately as he comes in with hits in five of his last six games including four doubles and two homers(both last night). This game has the second-highest total(9.5) on the board and I want as much exposure as possible in all formats and for the Twins, that starts with Donaldson.

The Angels offense was below-avearge before Trout got hurt so I fully understand why Rendon's price has fallen but it is just too low for the talent he brings to the field daily. It has also been his most challenging season to date as he started out hot, then got hurt and it has been a slow rise back up and how doesn't have Trout behind him. Despite that, he gets a plus matchup tonight and comes in with hits in back-to-back games with two doubles and five RBI. This is a great buy-low that I will have exposure to in all formats.

So now that I have gotten to the outfield section I realize the theme of this article is venturing down into the second tier of pricing and looking for value so let's keep it rolling in the outfield. One of my favorite teams to stack tonight are the Royals and one of my favorite overall PTS/$ plays is Benny who checks almost every single box. First of all, like I mentioned with Santana at 1B, he gets a plus matchup but more importantly comes in hot with hits in seven straight and 10 of his last 11 starts(one PH appearance in the middle). The Royals have been hot in Benny has been a big part of it in the middle of the order and comes very affordable on both sites.

Another player who checks every box tonight is Tyler O'Neill who, on a team with Nolan Arenado and Paul Goldshmidt, has been the best hitter thus far, and it hasn't really been close. He leads the team in home runs and while Arenado has him in runs and RBI, O'Neill enters the night with an elite .398 wOBA/148 wRC+. He enters the night with an 11-game hit streak and gets a plus matchup vs. Luis Castillo. At these prices, he is one of my top plays overall.