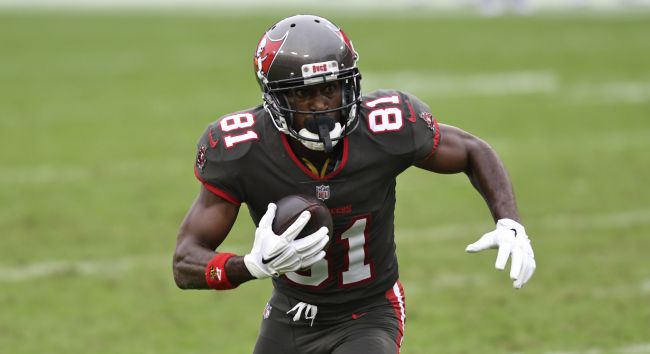 Earlier this summer, I put together a Best Ball Strategy Article looking at everything from roster construction, to draft types, to draft strategies.

Now, after completing a bunch of fast and slow drafts I wanted to bring you three of my top ADP value plays. These are players I feel can deliver value much higher than they are going in drafts.

I may be putting this out a little late as I was getting him in Rounds 7-8 as recent as 1-2 weeks ago but I still feel there is value here to outperform a 6th round pick. He is the #1 on the depth chart and while Conners will take some snaps away, there isn't really anyone behind them and Conners also has an injury history so I feel Edmonds is safe for 15 touches per game with the upside of 20 per game.

What I really like about Edmonds is that despite the timeshare in 2020, he was 7th in overall in team target share(12.3%) among all running backs and had a 79% catch rate on 67 targets. This is a great baseline for this year and as I mentioned above there is a ton of opportunity for him to perform like an RB1 at an RB3 price.

I also like Edmonds even more on teams where I have stacked Kyler Murray with DeAndre Hopkins early on or Kyler with a later-round WR on the Cards.

While he missed the first eight games last year, he ended up leading the team in targets per game(7.8) and actually had one more double-digit target game than Godwin. He was also very efficient catching 73% of his targets(80% in the redzone) and had the highest yards per catch(5.6) of all Bucs wideouts.

There are a ton of mouths to feed in Tampa Bay but it's clear Brown and Brady were on the same page in the second half of the season and I with even more time to prep I see that connection continuing to grow. Not that Godwin and Evans don't have more overall upside but both are going in the 3rd/4th round while we can snag Brown in the 7th/8th.

While the first two players I mentioned are much safer plays, Ahmed provides much more upside in terms of outperforming his ADP. This is because he comes to us in the final two rounds of the draft as there is a ton of risk tied to him. He exited practice earlier this week with a foot injury but was seen on a stationary bike shortly after. He is also battling Malcolm Brown for the #2 RB spot for Miami.

I also don't believe Gaskin is that far out front in terms of the #1 guy on the depth chart, either. Ahmed was an undrafted free agent who joined the Dolphins in Week 9 after the Gaskin injury and was impressive in his two starts in Weeks 10 & 11 rushing 33 times for 128 yards with a TD while adding six catches on seven targets for another 36 yards. He also was injured but returned in Week 15 where he got another start and was even more impressive rushing 23 times for 122 yards and a TD against the Patriots tough defense.

There are a lot of things that have to go right but he does catch the ball more than Gaskin and profiles better as a three-down back. While his floor is IR or a backup with minimal touches, his upside is low-end RB1/high-end RB2 in an improved Dolphins offense and that would give him an elite return and a great late pick in Best Ball or eve season-long leagues.