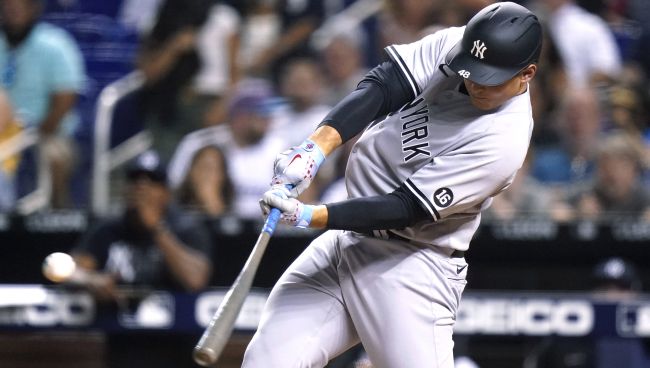 Woodruff was removed early in his last start but it was reported to not have been injury-related so we will move forward as such. That is great news as he has been one of the best pitchers in baseball this season trailing only Walker Buehler and teammate Corbin Burnes in ERA(2.18). The Brewers pitching has seemingly brought the Cardinals' hot streak to a halt and they have struck out 18 times(26%) in the first two games of this series and now face Woodruff and his 30% K rate. Fire up Woodruff in all formats tonight.

Also Consider: Luis Castillo(CIN) while not the most consistent, has tallied 7+ strikeouts in five of his last six games and faces a Marlins team that has struck out 27% of the time over the last two weeks. I also love the price on Jameson Taillon(NYY) who has been rock solid for the Yankees with a 1.68 ERA over his last eight starts while going 4-0

Rizzo returned from the COVID list on Wednesday and picked up a hit with two RBI giving him hits in seven of 10 games with three home runs since joining the Yankees at the deadline. He and the Yankees now get a matchup vs. the Cardinals bullpen but what really stands out here is the sub $4K price tag on DraftKings. That easily makes him the top play at first base on this small slate.

Also Consider: Max Muncy(LAD) who provides huge upside and should be lower owned at his price on this smaller slate

The Brewers are going to be popular on this small slate in a plus matchup vs. a very inconsistent Jon Lester(5.32 ERA/5.08 xFIP). This sends me directly to one of my favorite two-man stacks for cash games. Let's start with Wong who has been consistent lately with hits in six of his last seven games and before you shout lefty/lefty, he sits with a .369 wOBA and 130 wRC+ in the split this season. At these prices, he is a core play for me in all formats.

Also Consider: DJ LeMahieu(NYY) who hasn't been as consistent but provides a ton of upside in a plus matchup hitting at the top of the loaded Yankees lineup

The second part of my favorite two-player stack is Willy Adames who has transformed into a whole new player since joining the Brewers in late May. With another hit last night, he has pushed his average over .300 since joining his new team and has also added a whopping 17 home runs, 49 RBI, and 50 runs scored. He is my favorite shortstop on this slate, especially on FanDuel where he remains in the low $3K range.

Also Consider: The Marlins 1-2 punch of Miguel Rojas and Jazz Chisholm Jr. at the top of the order who have both been consistent and face an inconsistent Luis Castillo

This play is for FanDuel as he has third base eligibility but I really just wanted to make sure to get him into the article on this small slate. It has been an incredible start to his career as he enters the night hitting .277 with the 7th best OBP(.390) in the entire league. That alone gives him a terrific PTS/$ floor almost every single night and he also provides a ton of upside with 17 home runs and .189 ISO, as well.

Also Consider: Eduardo Escobar(MIL) who, like Adames, has been great since being traded as he comes in hitting .309 with a .366 wOBA since the deadline. I will have exposure in all formats.

If you are looking to pay up for both pitchers and/or want to stack some top bats the Mets present a ton of value on this slate. My top values come in the outfield and it starts with Nimmo in the leadoff spot whose safety comes from his elite .409 OBP. For Conforto, it has been a long and challenging season as he comes in hitting just .220 but the good news is that he has been heating up with hits in eight of his last nine games including four doubles and two home runs. At these prices, both outfielders are in play in all formats for me tonight.