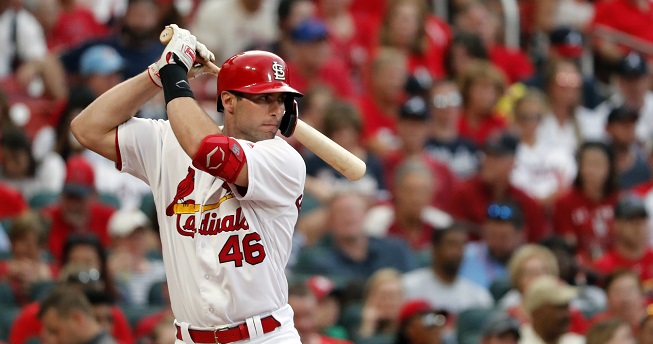 It is a tight race for the National League Cy Young in 2021 and Walker Buehler is right in the thick of it. He has been good all season but has been horse in the second half averaging 6.7 innings per start and has held opponents to two or fewer earned runs in all six starts(1.34 ERA). He has also been providing much more upside in the second half with a 30.4% K rate(25% first half). He now faces a Mets team that has struggled to score runs in August with just a 78 wRC+. There is a sizeable price gap but Buehler is still my top pitcher on this slate.

To say his return to baseball after missing almost two years was a success would be a huge understatement. He not only made it through five innings on just 89 pitches, but he also struck out eight Orioles while walking none with the only damage being two solo home runs. With that said, his DK price is just $100 more on Friday and he gets a much better matchup against the Rangers who rank 30th and 29th in wOBA(.283) and wRC+(78) against left-handed pitching and dead last in runs scored since the break. Sale is in play in all formats.

The Cards offense has been a disappointment overall but has been heating up lately and now get one of the best matchups on the board. The offense coming around can be directly correlated to Goldshmidt's success as he comes in with hits in eight straight including six multi-hit efforts and is now hitting .322 with a .379 wOBA since the All-Star break. In an elite matchup vs. a struggling Mitch Keller(6.86 ERA/5.12 xFIP) at these very affordable prices, Goldy is my top play at first tonight.

For value at the position, we can turn to the Yankees who have two that are coming far too cheap given their opportunity and power upside. For Rizzo, it has been a decent start in pinstripes as he has tallied three home runs and has driven in a run in eight of 11 games. It's a lefty/lefty matchup but I am not concerned at all as he has been elite in the split with a .417 wOBA and 163 wRC+. For Voit, the price is more on line as it has been a disappointing season overall but the good news is that he comes in with hits in fives straight including two runs and seven RBI. I prefer Rizzo in cash games and can see playing them both in a GPP build on FanDuel using the utility spot.

Whether you are fully on the Cardinals like me or not tonight, it will be hard to ignore Edman's value. He is back up at the top of the lineup and has hit leadoff in six straight games while picking up at least one hit in each(9 total) while scoring seven runs. The offense is coming around and in a great spot tonight so getting the leadoff hitter at these prices likely means he is chalk in cash games tonight and I am fully on board.

Also Consider: Jonathan India(CIN) who is still underpriced on DraftKings and one of the best leadoff hitters in the game or Kike Hernandez(BOS) if targeting the Red Sox tonight

He is getting almost priced out on FanDuel but DraftKings has yet to fully adjust his price now that he is hitting high up in the lineup on a regular basis. Not only the opportunity but Correa has been terrific in August with hits in four straight with three multi-hit efforts pushing his average up over .300 for the month. The matchup is not at the top of my board but Correa hits lefties well and has also had success against Kikuchi(5 for 13). At his current DraftKings price, he is my top shortstop tonight.

If it's value you are after at the shortstop position or just overall, stay tuned to the starting lineups as Nick Ahmed is projected to leadoff for the D-backs in Coors Field. The matchup is not great against rookie Austin Gomber but Ahmed is just too cheap if hitting leadoff considering his splits against lefties(.367 wOBA, 128 wRC+).

The sites have definitely caught up with Riley's price since earlier in the season and he has more than earned it. He isn't to be found in the NL MVP odds listings but should be as he comes in hitting .297 with a .384 wOBA and has hit 27 home runs with 75 RBI and 70 runs scored. Either way, that is elite production from the corner infielder and now he and the Braves get an elite matchup vs. Keegan Akin and the Orioles. This is easily one of my favorite pay up spots on this slate.

I am not going to tell you Donaldson is a great play on his own merits as he is hitting just .248 on the season on a depleted Twins team. What I am going to tell you is he has is massively underpriced on DraftKings in relation to his overall talent and while the wOBA sits at just .344, his xwOBA sits over 50 points higher(.379) showing us some light at the end of the tunnel. He is a one-off cash play on DraftKings or part of a low-owned Twins stack on either site.

I have yet to write up any Jays hitter despite their plus matchup but it really comes down to their collective prices making it tough to stack unless you go the value route at pitcher. One player I want in my player pool in cash games is Teoscar Hernandez who has been arguably the hottest hitter in baseball recently as he enters the night with a 10-game hit streak including eight multi-hit efforts and five home runs. The price is going up but so much more room to grow for the cleanup hitter.

This pick is speculative and will depend solely on the starting lineups tonight. After an eight-game hit streak the Reds promoted him to the two-hole in the lineup and while not great he did extend that hits streak to nine. He is projected to be there again tonight which would put him near the top of our PTS/$ value rankings on DraftKings making him a great play in all formats. Stay tuned.