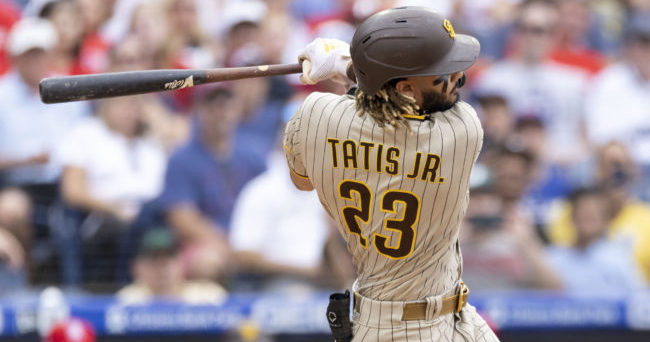 This slate was a tough cookie to crack. It took me more time than usual to select my guys, but I feel like that could be beneficial. I really dug deep into our projections and was able to spot some major values from some of the best players in baseball. We also have some volatile pitchers, and it's definitely looking like a GPP slate with all the question marks out there. With that in mind, let's kick things off with a pitcher who's due for a bounceback start.

Darvish was actually one of the best pitchers in baseball before hitting a slide around the All-Star break, but we believe he can return to that form here. Let's kick things off by talking about his early-season form, with Darvish dialing up a 2.44 ERA, 0.94 WHIP, and 10.8 K/9 rate through June. His numbers have been falling since then, but he's still got a solid 4.05 ERA and 1.07 WHIP for the year. The main reason we think he can bounce back is this matchup, with Los Angeles playing without Mike Trout and Anthony Rendon. That's turned them into one of the worst lineups in baseball, which was evident when Blake Snell had a no-hitter through six innings against them on Tuesday.

No, I'm not crazy. Harvey was one of the worst pitchers in baseball for the first few months, but something has changed recently. Despite owning a 6.28 ERA for the season, Harvey has really turned his season around. In fact, The Dark Knight has a 3.99 ERA and 1.12 WHIP over his last nine starts. That's a ridiculous run from a guy this cheap, and using Harvey will allow you to do whatever you want with your lineup. All you really need from him is a bad quality start, and that seems possible in a matchup like this with the way he's rolling. The Royals currently rank 27th in OBP and 26th in wOBA this season.

We also believe Vladimir Gutierrez can provide some good value against the worst lineup in baseball, the Cubs.

It's funny that our first recommendation is against one of the pitchers we wrote up, but that's a good indicator of how weird this slate will be. We already mentioned that Yu has hit a bit of a wall recently, and it means that we can use a guy with monster splits against him. For the year, Walsh has walloped right-handed pitching to the tune of a .393 OBP, .578 SLG, and .971 OPS. Those brilliant splits can be dangerous against Darvish, with Yu allowing 13 dingers over his last nine games played. Stacking Darvish and Walsh might be a brilliant GPP strategy as well, hoping that he takes him deep once while Darvish takes care of the rest of the cupcake Angels lineup.

Mancini has quietly had a really nice season in Baltimore, and it's a wonder why he's so cheap on both sites. On DraftKings, Mancini is priced below guys like Yandy Diaz, Travis Shaw, Renato Nunez, and Keston Hiura. Can you explain that at all? The reason we really like Mancini here is that he gets to face a struggling lefty. Since 2019, Trey has tallied a .364 OBP and .911 OPS, with the platoon advantage in his favor. It's not like Mike Minor is a southpaw we need to stay away from either, with the lefty posting a 6.24 ERA over his last 12 starts.

Lowe was considered a bust through the first two months of the season, but he's been showing why he carried Tampa in last year's postseason. Over his last 28 games played, Brandon has belted his way to a .371 OBP and 1.041 OPS. Much of that damage has come against right-handed pitching, too, with Lowe generating a .370 OBP and .941 OPS against righties this year. That actually has him batting leadoff for this club, and that only adds to his value. Not to mention, Eovaldi has a 4.43 ERA over his last seven starts.

If you want to fade Harvey, Whit is a good place to start. This dude hasn't hit for much power recently, but his ability to rake and run the bases has made him a fantasy beast. In fact, Merrifield is hitting .304 over his last 29 games played, providing 10 steals and 23 runs scored in that stretch. If you believe that Harvey will regress to the guy we saw earlier, Merrifield should run around the bases all day. We also love that this is one of the highest totals on this slate, and that means Merrifield will likely bat 4-5 times atop this lineup.

I literally looked through the shortstops for about 10 minutes before deciding to ride Tatis. The reason I chose to submit to Tatis is the fact that he's the leading scorer in fantasy. This dude is averaging nearly 12 DK points per game, which is the highest total of anyone who's played at least 50 games. This guy literally has 37 homers and 24 steals, despite being on the IL list twice! That's totally insane, and it makes him an easy option on every slate. Facing an undecided pitcher only makes him more enticing, with LA expected to throw out the unknown Jimmy Hergert. That just sounds like a guy who allows homers at ease.

This is more about Mondesi than Harvey. The simple fact is, Adalberto is one of the best fantasy players in baseball when he's healthy. That was evident when he led all players in fantasy points per game in limited time last season and is amazingly doing that again this year. I mean, this guy is averaging 12.6 DK points per game, which is a full point higher than Tatis behind him. His power-speed combo makes him so good because there's no other player in the league who can swipe a bag and knock out a homer as easily as Mondesi in one game.

Chapman is another guy who struggled throughout the first half but has turned it on big time since then. Over his last 24 games played, Chapman has collected a .415 OBP and 1.099 OPS. Those are honestly MVP-type numbers, and it's not being talked about enough how good this guy has been. What really adds to his intrigue here is that he gets to square off with a southpaw, with MC totaling a .842 OPS against them since 2019. Dallas Keuchel is certainly not a lefty we're scared of, and we'll discuss that more later on!

Talk about a guy who doesn't get enough credit! Escobar has been raking on many of my season-long leagues all season, and it was amazing to see Milwaukee land this guy at the deadline. We're talking about a switch-hitter with 24 homers, 65 runs scored, and 74 RBI. Those are numbers you never see from someone this cheap, especially with Escobar collecting a hit in five of his six games since coming off the IL. A matchup with Kyle Gibson will not slow him down either, with the Philly righty registering a 5.43 ERA and 1.47 WHIP over his last 10 starts.

That's obviously not a picture of Juan Soto, but we're going to go ahead and keep it because he's been raking like Ronald Acuna. Many people might not realize it, but Soto is literally getting on base at a 50 percent clip. Over his last 54 games played, Soto has a .521 OBP, .641 SLG, and 1.168 OPS. Those numbers make Barry Bonds look like Emilio Bonafacio, and it's amazing that he's not getting any consideration for MVP. This is the best hitter in baseball for my money. Touki is not necessarily a pitcher we want to stack against, but it gives Soto the platoon advantage from the right side and makes him one of the best plays on the board.

If they had a second-half MVP, Marte would surely be in the running. Since joining Oakland a little over a month ago, Starling has been slugging his way to a .360 AVG and .902 OPS over his last 46 games played. That's a little before his acquisition, but it's a good indicator of how hot he is right now. What makes that even more amazing is the fact that he's leading baseball in steals in that span, swiping 27 bags and scoring 34 runs in that run. That's a truly ridiculous span, and it actually had him as the leading fantasy producer in that stretch. We're certainly not going to fade Keuchel either, with the Sox southpaw allowing at least five runs in three straight starts.

This pricing is downright stupid. I hate being vulgar, but Corey needs to be a $4K player on both sites whenever the Jays face a right-handed pitcher. We're talking about a hitter who has a career OPS north of .800 against righties, typically batting in the heart of this order against them. He was actually the leadoff hitter when they faced one on Tuesday, and one has to believe he'll be in the same spot today. Luis Gil has been solid in his first few starts, but a 4.66 ERA at Triple-A this year is nothing worth writing home about.