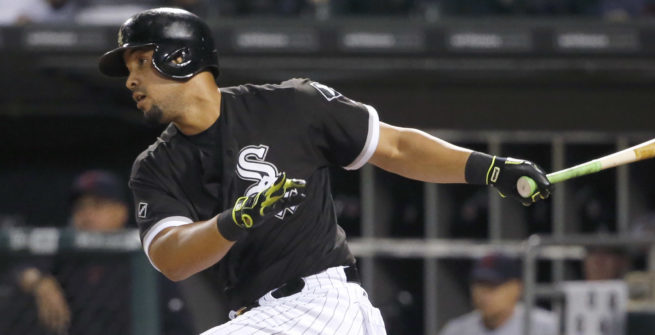 The pitching options are not pretty on this early slate which puts Quantrill right at the top of the projections by default. The good news is that he comes at a value price on DraftKings and has been terrific in the second half with a 1.76 ERA while averaging over six innings per start. While the Royals don't strike out a ton(3rd lowest K rate on the season) they are a below-average offense and 14% worse, in terms of wRC+, against righties. Fire up Quantrill in all formats.

The most important series for both teams starts tonight as they are not only battling each other but three other teams for those two wildcard spots. The Mariners have the one-game advantage and I have them gaining another game on Monday with Chris Flexen on the mound. While he lacks much upside striking out under seven per nine, he has been solid in his return to the MLB coming into tonight with a 3.56 ERA. He has faced Oakland four times this season and after giving up five earned runs in the first start, has held them to just four over the last three. Flexen is my top pitcher on Monday in all formats.

While the reigning AL MVP has lacked consistency this season(.265), he has been as productive as ever with 29 home runs and 113 RBI on the season. The White Sox are the top projected offense on the early slate and also gets a plus matchup vs. Matt Manning(5.73 ERA/5.16 xFIP) who has been slightly worse against righties with a .5.22 xFIP and .363 wOBA against. Abreu is in play in all formats, especially on DraftKings where his price stays suppressed despite the smaller slate.

The main slate is just two games and one is in Colorado which means a Coors price bump. To tie it all together, I love targeting the Mariners in a plus matchup against Cole Irvin who is giving up an average of seven hits 3.1 earned runs per start over his last eight outings. As it has all season, my M's exposure starts with Ty France who has not only been solid lately(.377 wOBA/146 wRC+ last 14 days) but has had a ton of success against lefty pitching(.360wOBA/134 wRC+). All things considered, France is one of my top PTS/$ plays on the main slate.

This is a great spot to get exposure to the Rockies playing at home as Rodgers comes at a tremendous value. He has been consistent all season and even better down the stretch hitting .315 with a .369 and 117 wRC+ in September and has been locked into the two-hole in the lineup for almost the entire second half of the season. All things considered, Rodgers will be in my player pool in all formats.

Shortstop is an absolute mess today so let's just pay right up for one of the best hitters in the league. While the numbers are slightly down from the previous two, he is still on pace to finish with an average above .300 for the third straight season. He missed a little over two weeks with an injury in early September but picked up where he left off and has hits in nine of 10 since returning. He is in play in all formats.

Also Consider: Trevor Story(COL) and Alcides Escobar(WAS) in the Coors game. Story is more talented and has the better matchup but Escobar has been better as of late with hits in 11 of his last 12 games

It wasn't exactly the rookie season Hayes had hoped for as he was a pre-season favorite to win the NL Rookie of the Year. He was injured early and missed over two months but battled his butt off and is finishing strong hitting .312 in the month of September. To get to our top stacks we are going to need value and Hayes provides just that with a plus matchup against the Reds who are in a bullpen game. In play in all formats.

Also Consider: Jose Ramirez(CLE) if you have the salary as he is the most expensive bat on the early slate or Kyle Seager(SEA) on the main slate

Cleveland gets a terrific matchup today against rookie Jackson Kowar whose success at the minor league level has yet to translate to the majors(11.45 ERA/6.58 xFIP) over six starts(7 appearances). While I want exposure to Jose Ramirez, he has an insane price tag and is GPP only. For my Cleveland exposure, I will turn to the outfield and the projected 1-2 in the lineup.

Straw has been the everyday leadoff hitter since early August and has been solid hitting .277 with a 103 wRC+. He is in play o both sites but his best value comes on FanDuel where the price remains under $3K. For Zimmer, he has bounced around the lineup all season and is only a play if hitting 2nd like projected. His price helps us pay up for multiple top plays on this slate.

The Nats are in Coors tonight but it is going to be tough to get exposure to Juan Soto at his price so my plan is to get exposure around him. It starts with Lane Thomas who has been a completely different hitter since being moved to the leadoff spot in late August. In that time, he has hit .272 with a very impressive .372 wOBA and 131 wRC+. He is a top PTS/$ on this small two-game slate with his best value coming on DraftKings.