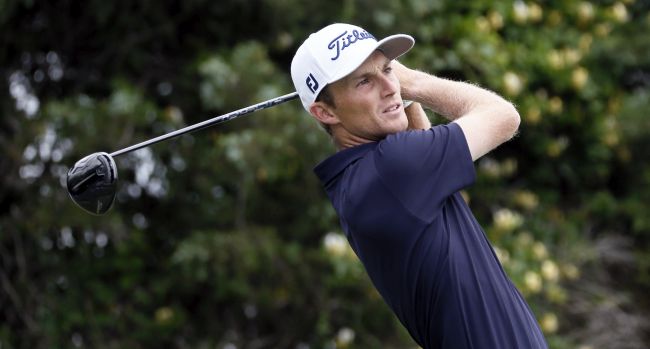 After a dominating performance from Team USA(19-9) at the Ryder Cup, the PGA Tour Fall Season continues with a trip to the Country Club of Jackson for the Sanderson Farms Championship. The field is led by the reigning champ, Sergio Garcia, who is among the leaders on the odds board in a weaker field with just one Top 25 player in the world(Sam Burns).

This will be the eighth year with the Par 72 Country Club of Jackson hosting this event. It is a longer course, listed at 7,461 yards on the scorecard but hasn't stopped it from being a birdie fest. The winning score has fallen between -16 and -21 in the first seven trips to the course and has only ranked inside the Top 25 hardest courses once in that time.

From a stats model perspective, the first thing I am looking at is Strokes Gained: Ball Striking. When breaking that down further, I am leaning on about 70% Strokes Gained: Approach and 30% Strokes Gained: Off the Tee in my model. With shorter rough(2") than the PGA Tour average, it is more of a grip and rip off the tee so I am also giving Driving Distance a boost, as well. On approach, as I say weekly, depends on the player(s) you are targeting. Looking at a group of players who are long off the tee? Concentrate on short to mid-iron proximity ranges. Opposite for guys who are shorter off the tee. Focus on those long-iron ranges. With more low-scoring expected, Birdie or Better % is also a top stat in my model this week.

Willy Z is coming off a terrific 2021-22 campaign and while he didn't tally a win or make the playoffs, he did earn Rookie of the Year honors and was the first non-member to do so since Charles Howell III in 2001. He also earned a full pass for this season and is high on many people's lists for a breakout win. He opened up the season with a T11 at the Fortinet Championship on the back of some elite ball-striking(+6.8 strokes gained) and if not for losing 1.4 strokes putting, he would have easily had a Top 10 and likely contended for the win. He missed the cut here last year in his first trip to CC of Jackson but is playing much much better this time around. I will have exposure in all formats.

Speaking of putting on a ball-striking clinic at the Fortinet Championship, Mito Pereira gained 6.7 strokes in that area along with three more around the green and .4 on the green, good for a T3 finish. That performance was not a one-off, however, as Mito has been playing great for an extended period of time. He became the 12th player in KFT history to get promoted to the PGA Tour by winning three times. After getting off to a slow start on the PGA Tour, missing two straights cuts, he has been in a zone gaining strokes off the tee and on approach together in four of his last five events finishing T6 or better three times. His stock is on the rise and is another player I expect to get that first career win sooner than later.

Things fall off quickly after the top tier so finding a player who checks every box is going to be tough. While Pan has been historically hit or miss and usually GPP only, I am liking what I see recently. Looking at this field, he has ranked Top 25 in ball striking over the last 8, 12, 24, and 36 rounds and is coming off T6 at the Fortinet Championship where he gained 4.6 strokes on approach. The only concern for me is his putting on Bermuda but he did gain a whopping 7.1 putting here at CC of Jackson last year and finished T12 so it can be done(lol). At these prices, I will have exposure in all formats.

There are three golfers in this range who have been money with their irons lately(Grillo/Ortiz the other two) but I lean Power for a couple of reasons. It starts with scoring as Power is 1st in Par 4 scoring and 29th in Par 5 scoring while the other two aren't Top 40 in either. Putting is the other major factor here as Power ranks 8th(in this field) in SG: Putting over the last 24 rounds while the other two are ranked 115th and 135th. While Power missed the cut here in his last trip(2019-20 season) he had finished T29 or better in his first three trips. All things considered, he is one of my top overall PTS/$ plays this week.

With a Top 25 finish on the Korn Ferry Tour money list Nick Hardy has earned his PGA Tour card for the 2021-22 season. Things got off to a pretty good start at the Fortinet Championship as he gained 4.8 strokes ball striking(1.3 OTT, 3.5 APP) and finished T36. He has now made the cut in all three appearances on the top tour as his elite ball-striking(2nd on KFT last year) has carried over. As those putts start dropping, I see a ton of upside with Hardy and could see him giving Mito, Lipsky, and Sigg a run for their money for the rookie of the year. For this week, I love the price on both sites and will have exposure in all formats.

Despite this being a weaker field event, there is a ton of value on my radar that will make stars and scrubs a thing for me this week, even in cash games. Adam Schenk is another sub $7K play I love here for many reasons starting with his course history as he returns to the CC of Jackson finishing T46 or better in all four trips with a Top 10 in 2019. He also comes in with some decent form(for the price) having made the cut in six of his last seven events including a Top 5 at the John Deere Classic. As a bonus, he is also an above-average putter which really helps stabilize his DFS floor.