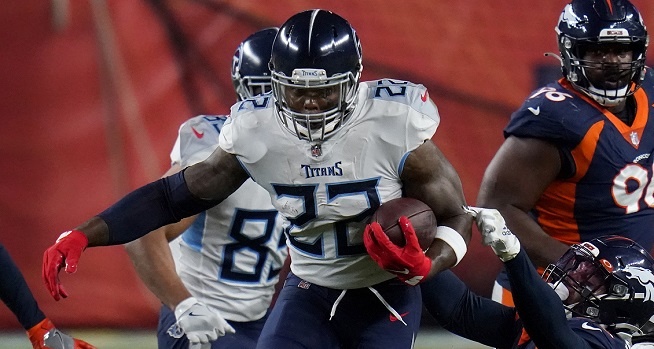 Don’t look now, but Daniel Jones is fantasy QB7 on the season through the first four weeks. It’s thanks to a couple of things working in the third year’s favor. For starters, he’s increased his accuracy to 67%, up from 61% the last two seasons. And it’s come from actually throwing the ball downfield with more accuracy, ranking third overall in average completed air yards per NFL Next Gen stats. And he also ranks third overall in quarterback rushing yards behind only Lamar Jackson and Jalen Hurts. From a fantasy perspective, Jones is putting it together this season and should be playing from behind against the Cowboys on Sunday.

Yes, Ryan Tannehill and the Titans lost to the lowly Jets in Week 4, a brutal loss for a team that has stumbled out of the block early. But they draw another easy matchup in Week 5 against the Jags who, unlike the Jets, have been completely terrible on defense this season. Jacksonville ranks 30th in defensive DVOA and dead last against the pass. It sure looks like we can stack Tannehill and Henry (see below) in cash and feel pretty good about it leading into Sunday.

The usage has been borderline insane the last couple of years and this season is making those years like total child’s play. Through four games Henry has 128 total touches (rushes + targets) which is 36 more than the next-closest guy (Joe Mixon). Basically, Henry has played something like 1.5 more elite touch games than anyone else. It’s nuts. The wheels have to come off at some point, but it hasn’t happened yet. Things are lining up for another million touches in this game and he’s a tough fade, especially on DraftKings ay $9K.

The good news on Zeke is that in a downhill game last week against the Panthers he played 75% of the offensive snaps and put up a whopping 143 yards on 20 carries. He only saw one target in the passing game, but that’s because the Cowboys really weren’t passing all that much. The Giants are a bottom-six defense on the season and it looks like the Cowboys are more willing to lean into Zeke, especially in games they are leading. His price is too good on FanDuel for this kind of usage.

Look, it’s hard to trust the Tampa Bay running back situation with them sometimes not deciding between Jones and Fournette. Though last week, in a poor weather game, Fournette was clearly the guy playing 82% of the snaps and going for 20 carries and five targets. He totaled 138 yards in all, a fantastic number even in a slog of a game. This matchup is just okay against the Dolphins who are an above average defense, but rank 20th against the run. On DraftKings especially, Fournette is a great play and I think we just need to trust this is the plan for the Bucs going forward.

David Montgomery went down with an injury in Week 4 and he will be out this game. That should leave Damien Williams with close to three down duty for the Bears’ backfield. Their offense got a bit more on track with Fields under center last week and Montgomery was having a field day when he went down. In Williams’ 19 snaps he touched the ball 10 times (8 rushes, 2 targets) and went for 70 total yards. Las Vegas has a slightly below-average run defense on the season with the only concern here that the Bears are road dogs and could be playing from behind. 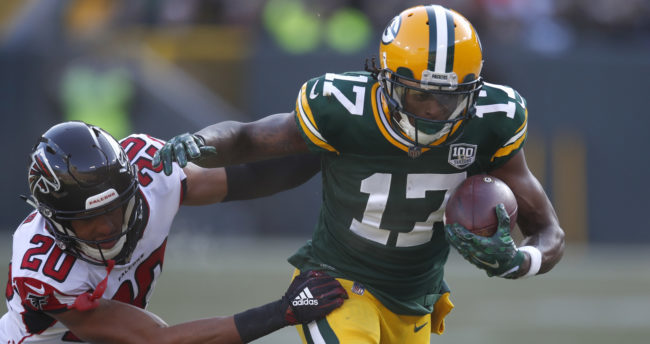 We wrote up Moore last week as a pretty clear cash game played and he paid off and then some. The dude for eight catches, 113 yards, and two touchdowns on 12 total targets. Through the first four weeks of the season, he ranks fourth overall in targets, yards, and DraftKings points among wide receivers. He is clearly the go-to look for Sam Darnold and has a 30.7% target percentage per AddMoreFunds. It’s weird, but the price has not fully corrected on either site for this kind of usage in the passing game. He’s still a relative bargain on DraftKings especially.

He draws the best secondary matchup among the superstar wide receivers this week and he’s also just continuing to be about the most-targeted guys in the league. He’s behind only Cooper Kupp in terms of looks through the first four weeks. The one touchdowns is a little run bad considering how they use Adams down and close and from that standpoint, we might actually be buying a little low on him right now. There should be a course correction getting into the endzone and if that’s the case then the price will be in the $9K range sooner than later.

With the Giants banged up at WR last week, missing both Sterling Shepard and Darius Slayton, rookie Kadarius Toney became the go-to guy in the passing game. He saw nine targets from Daniel Jones and was efficient with them, finishing with six catches for 78 yards. He played 78% of the snaps, the second-most of the WRs behind Golladay and that should maintain if the Giants are thin at the position again. The DraftKings price is an easy call if he’s starting again.

Mike Evans is coming too cheap on FanDuel at $7000. He is the team leader in targets. The only concern with him is that Tampa has a number of weapons in the passing game.

Gesicki is now 6th among tight ends in targets on the season with 26. 16 of them have come over the last two weeks. He’s had a 24% target share in that stretch, all with Jacoby Brissett under center for the Dolphins. The DraftKings price is still totally reasonable based on how he’s been used and I don’t think there is a ton of risk there.

He’s a speculative play for sure but is coming very cheap on DraftKings. Logan Thomas is going to miss extended time and after he left last week, Seals-Jones picked up 100% of the TE snaps for the Washington Football Team. He saw just four targets in that stretch, but with another week of first-team reps, we could see the number increase here against the Saints.

He’s a little expensive considering how many weapons the Cowboys have, but he has seen 15 targets over the last two weeks, catching 12 of them for 138 yards and three touchdowns. It’s hard to imagine that efficiency and upside continuing, but he is being targeted more with Gallup out of the mix.

New England Patriots FD 5000 DK 4900
Opponent HOU
Proj Points FD - 9.76 DK - 9.76 The Patriots are expensive and for good reason. They are ranked 11th in defensive DVOA this season and are coming off an impressive performance against the Bucs in Week 4. They are in the top-third in the league in sacks so far and now get the dreadful Texans who are coming off getting shutout by the Bills last week. The Patriots have been priced up as will be everyone who is facing Houston. But it’s hard to imagine them not dominating this game.

If Teddy Bridgewater remains in the concussion protocol for Week 5 then I think we can confidently roster the Steelers’ defense in this matchup. Drew Lock came in for Teddy in Week 4 against the Ravens and was horrible, going 11/21 for 113 yards and an interception. The Steelers is a below-average defense but are much better against the pass and should be able to load up against the run in this matchup. They aren’t priced like they are facing a backup quarterback.