Curry has picked right up where he left off last season, carrying the Warriors on his shoulders and shooting the lights out of the building. He’s come out of the gate scoring 31 points on 23 shots and 12 three-point attempts per game. The usage is unreal, the efficiency is up there with the best ever, and opposing defenses don’t have much in the way of answers when it comes to his off-ball movement and laser accuracy from beyond the arc. The price is way up, but the Thunder stink and it’s tough to imagine them really slowing him down at all in this matchup.

In his second game of the season, Luka got back to doing what he does best, scoring in every possible way across the stat line. In 39 minutes (the Mavs really wanted to win this one), Doncic poured in 27 points, 12 assists, and nine rebounds. The efficiency, especially from three (2-10) left something to be desired, but beggars aren’t going to be choosers here. When dialed in and controlling the offense, few players have the same upside as Doncic and he draws a great matchup against a weaker Rockets’ team on Tuesday. 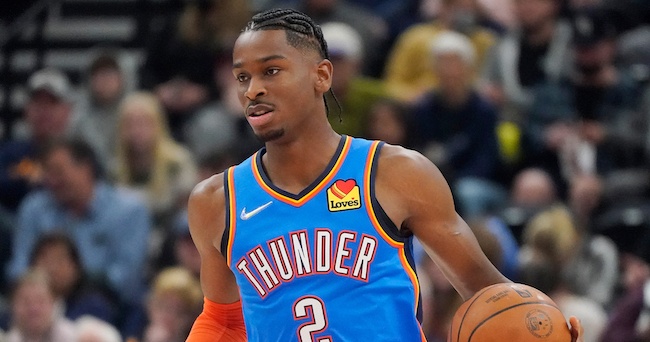 It looks like if the Oklahoma City Thunder can keep games close, Shai is going to play a lot of minutes. That former part though is going to be the question all season. Can OKC stick close enough in games? They aren’t a very good team and that could be tough sledding. But when Shai gets the minutes, he’s very effective and these prices, especially the one on FanDuel, he’s almost sure to pay them off. Last game against the Sixers SGA played 39 minutes, took 19 shots, and finished with 29 points, eight assists, and six rebounds. The points and minutes were probably a little high, but even some regression there would make him perfectly safe at these salaries.

He shot the absolute lights out of the place last game, knocking down a ridiculous eight threes on 11-18 shooting from the field. The 80% from beyond the arc at volume, of course, isn’t going to sustain. But if the minutes are going to be in the mid-30s then he is underpriced on both sites. Green entered the league projected to be a volume scorer and he showed why on Sunday.

It’s likely to be an up-and-down season for the promising rookie who has been in the Thunder starting lineup from the jump. He has the skillset to score multiple ways across the stat line for fantasy purposes, though has struggled a bit with consistency through the first three games. Sunday against the 76ers was his best game yet, scoring 19 points while adding in seven assists and eight rebounds in 33 minutes. Like SGA, if the minutes can stay up there then he is too good of a deal at these prices.

Meanwhile, Dort has the same kind of minutes’ upside as his OKC teammates and is coming cheap mostly because he hasn’t been able to hit the broad side of a barn early in the season. He’s shooting just 17% from three through the first three games. By comparison, he shot 34% last season. I think the scoring will come up because the shot will start falling and we are buying low on that assumption.

Johnson got into a little foul trouble early again the Bucks on Sunday which ended up causing some issues with his overall minutes. But this is a guy who’s been pretty effective on a per-minute basis to start the season, getting solid usage in the Spurs’ offense and averaging more than 20 points per game through their first three. The peripheral stats aren’t overwhelming, though that’s priced in here with Johnson sitting firmly in the middle tier of pricing. At a somewhat weaker position, considering we want to get salary in on the guards, I don’t mind the higher floor Johnson provides considering he’s getting up 16 shots per game.

Tate has been something of a surprise fantasy contributor early in the season for the Rockets. Though he’s taking fewer than 10 shots per game, he’s been able to get on the glass with 14 and eight rebounds respectively in the last two games, and has also been able to add in assists as well. The price has come up, but he’s still a solid deal on DraftKings in the lower-$5K range. He has a solid enough floor at that price and should see enough minutes assuming Houston can avoid a blowout at the hands of the Mavericks. 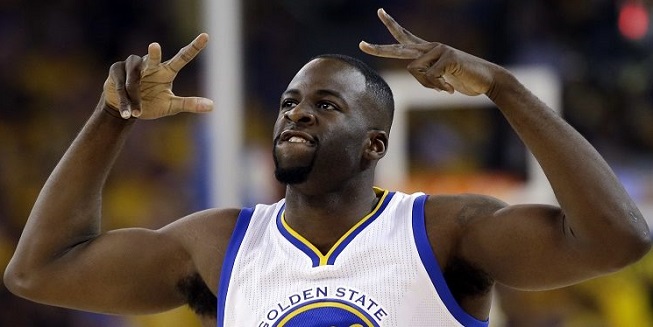 If the Spurs can stay in the game and Poeltl can stay out of foul trouble (a couple of big ifs of course) then I think this a good price for the center. He’s nearly averaging a double-double on the season with 12 points and just under 10 rebounds per game. And a nice surprise has been the assists. He’s dished out 14 of them through the first three games. The Lakers like to go big with centers like DeAndre Jordan and Dwight Howard in their rotations meaning there should be plenty of opportunity for Poeltl here.

Draymond isn’t every likely to figure into a lot of shots for the Warriors in their offense, but he does contribute enough across the stat line to warrant consideration in cash at these price points. He’s averaging 10 points per game through the first three, while also providing 6.7 rebounds and 6.3 assists as well. The defensive stats aren’t quite where they’ve been in the past with the steals down some and he hasn’t recorded a block yet. We could see those tick up some over the course of the season considering he’s still an elite defender.