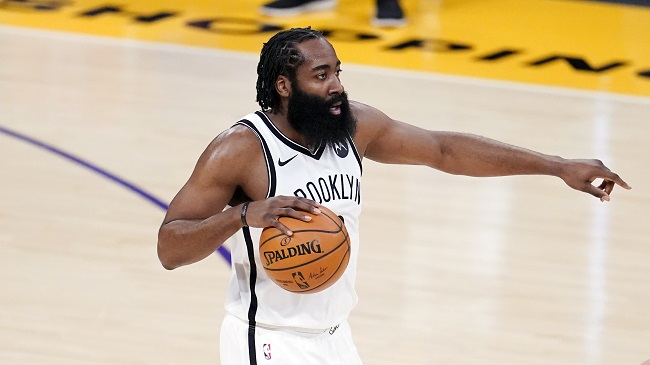 VanVleet is currently playing the most minutes in the league with that number butting up against about 40 per game. He just gets insane amounts of run every single game and the Raptors need it from a scoring and just general offensive organization standpoint. And that kind of opportunity lines up great with the opponent here on Tuesday with the Hornets offering one of the best DFS matchups around. They are in the bottom third in terms of defensive efficiency and play the second-fastest pace in the league. In addition to the minutes, the fantasy production is more than there for VanVleet who’s double-doubled (points and assists) in two of the last three games and is averaging 25 points and seven assists per game over the last month. The FanDuel price makes this a pretty easy call for cash games.

Murray draws the best DFS matchup out there on Tuesday, facing a Houston team that is dead last in defensive efficiency and first overall in pace. There is no better combination for our daily fantasy purposes and Murray has as high a floor as anyone on this slate. That’s because he’s turned into one of the best fantasy guys out there, having a true breakout season on the statistical side of things. He’s nearly averaging a triple-double on the season with 19 points, nine rebounds, and 8.5 assists per game while also adding in two steals. The solid contribution across the stat line would make him appear an incredibly safe option here even with the five-figure price tag on both sites.

This could be all James Harden tonight against the Lakers with the Nets missing both Kevin Durant and Kyrie Irving for the home game in Brooklyn. While Harden hasn’t exactly been a model of consistency or efficiency of late, there’s no doubt the ball is going to be in his hands nearly the entire game for the Nets here. With Durant and Irving off the court this season, Harden has a 34% usage rate in those 493 minutes. The rebounding rate ticks up as well and his on-ball time is already among the highest in the league. The Lakers are getting Anthony Davis back for this game, so the defense should improve, but as long as the game stays close Harden could be doing nearly everything for this team.

Meanwhile, Patty Mills should see an expanded role in this game as well with Kyrie Irving out. Mills’ usage rate jumps up above 20% when two of the big three are out and he should be there to help facilitate just a bit more of the offense as well. One has to think the minutes are in the high-30s if the game stays close and he’s coming as a solid, middle-tier value on both sites heading into this game.

I think we are going to be spending a decent on guards for this slate so getting some savings at small forward and power forward might be in order. Keldon Johnson hasn’t been the most consistent guy this season, but again it’s hard to argue with the matchup here. Facing off against Houston is just the perfect place to stack guys. And a good sign for Johnson in the short-term is the minutes increase to the low-30s on a fairly consistent basis. He’s gone for double-digit scoring in the last eight consecutive games with the rebounds mostly coming around. But this is such a good pace-up, defense-down matchup that the price is just right on what Johnson can provide.

Again, looking for cheaper options at these positions could very well be the way to go with point guard and shooting guard totally loaded. Korkmaz has been getting the starts for the 76ers over the last couple of games and has played 37 and 39 minutes respectively with Seth Curry out. But he’s struggled from three over the last week, going only 5-24 through the last six games. That’s helped keep the price somewhat in check despite the major increase in minutes and it still puts him in line as a cash game play on this slate. Again, I think we are mostly going to want to punt these positions if a lot of the top-tier value holds.

The DraftKings price is a total joke considering the matchup here against the Rockets and I expect him to be a very popular play on that site. The good news, in addition to the perfect opponent, is that the Spurs haven’t had any issue running Poeltl major minutes in the short term. He’s played 36 and 39 respectively in the last two and gone for double-doubles in three of the last four games. He has a very high floor in this game and the DraftKings price makes this a relatively easy call all things considered. I suspect on DK he’s among the most popular plays on the slate considering the price still lets you fit in some major pieces in the rest of the lineup.

The DraftKings price is almost daring you on Holmes at this point despite the center not getting tons and tons of run since coming back from injury. He’s played 25 and 28 over the last two and it sure seems like the Kings would want to start pushing him towards 30 minutes in closer games as they did earlier in the year. This is still a guy averaging more than 12 points and eight rebounds in about 26 minutes per game. We can take that on the DraftKings’ price for sure in this matchup against a Boston team that does trend bigger across the backline.

Horford has played solid minutes in the short-term even with Robert Williams back in the lineup, though the performance has left a bit to be desired. But it’s led to another price dip on FanDuel where he helps fill in a (for now) pretty weak position. The matchup against the Kings is a good one and I think he gets enough run to keep the floor on the higher side. Again, he isn’t asked to do tons from a fantasy scoring piece, but there are paths to him hitting value on these prices.