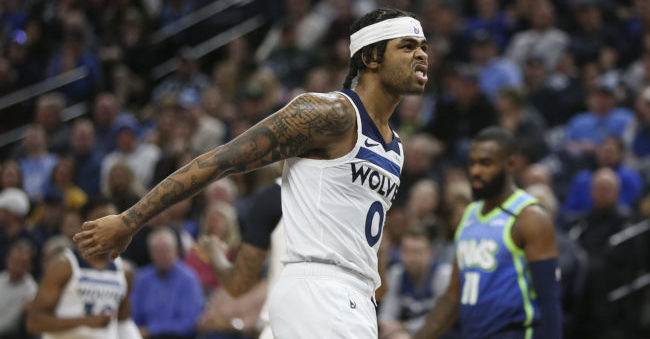 We’ve been on LaMelo Ball the last few times he’s played, still thinking the overall price points are a bargain across the board. He’s a bit more expensive now, but on this slate is still a good value play considering the circumstances. Though they are underdogs to the Timberwolves, this game’s 243.5 total is, by far the highest of the entire slate and a game we are going to want to target in general. He struggled from the field last time out, going just 8-21 against the Grizzlies, but this is still a guy averaging 24 points, six rebounds, six assists, and more than two steals a game over the last couple of weeks. We know the triple-double upside is there and this game should be a track meet with the first and second fastest-paced teams in the league squaring off.

Beverley isn’t going to be a prolific scorer in this Timberwolves’ offense, but he also doesn’t need to be at these prices. For the projected pace of this game, Beverley could really pile on some stats, enough to keep the floor very high considering the situation. He’s been able to put up balanced lines, all things considered, averaging 11 points, five rebounds, and four assists, along with almost two defensive stats per game over the last six. And that’s with the minutes only starting to stabilize. With a new contract in hand, I think Pat Bev’s role is secure here and he’s a great value play especially on DraftKings.

You are definitely going to see guys from this game just considering the nature of the matchup and the total that is absolutely through the roof. Russell makes for an excellent play, especially on DraftKings where the price is just coming too low considering how fast this game could run. When it stays close, Russell is good for about 35 minutes a game, and if that’s the case then I think we can bank on him scoring with enough volume to hit value. Per 35 minutes this season, Russell is averaging right around 22 points, seven assists, and 4.5 rebounds, more than enough production to make him a cash play on DraftKings where I think he will be a popular option.

This is a bit of a tricky spot this early in the day. Giannis Antetokounmpo was ruled out rather early on Monday after experiencing soreness in his ankle. He didn’t make it to pregame warmups and we had a runway to pivot to the other guys in the Bucks’ lineup. This is the second half of the back-to-back meaning the original sitting could have been management, but there’s a chance he’s out again here. With this game starting only 30 minutes after lock, we will almost definitely know. And if that’s the case that Giannis is out again, then I think we run Jrue Holiday without all that much hesitation. His price doesn’t reflect the kind of opportunity he’d have once again with Antetokounmpo out.

This is a similar situation to what we said with Holiday in that Middleton’s usage is set for a major increase if Giannis is out of the lineup. On the season, Middleton has a 26% usage rate, but that spikes to 33% when the Bucks’ superstar is out of the lineup. The rebounding and assist rates climb as well for Middleton who admittedly struggled against the Trailblazers last night. He was only 3-15 from the field though did finish with a near triple-double with 16 points, 11 rebounds, and nine assists in all. The FanDuel price would be a real tough fade if Giannis were out of the lineup once again.

The Pacers are in rebuild mode for the most part right now, having shipped off some key contributors at the trade deadline. But one guy who’s stepped up in a big way over the last couple of games is Brissett. He’s put up some monster lines, averaging 20 points, 12 rebounds, three assists, and a couple of blocks in that stretch. He’s basically doing it all for a team that doesn’t have much size and is willing to run him major minutes. The price on DraftKings makes this pretty easy even with the blowout risk so I don’t think we need to think all that much about it. The FanDuel price is a little closer though.

This is again in line with what we’ve said about Holiday and Middleton up until this point. Giannis would need to be out of the lineup for us to really consider Portis in cash. In addition to just the amount of fantasy production Giannis takes on his own, the Bucks would be in line for a major blowout if they are full strength against the Pacers. That being said, Portis would make a chalk play if he’s playing without the Greek Freak seeing as how the usage ticks up by 5%, the rebounding is up 4% and the assists are up 13% in this kind of situation. This is the news we will need to keep the closest eye on heading into lock.

This is a risky one because Vanderbilt can sometimes be the odd man out in the Timberwolves’ rotation even though he is running with the starters. It can mean just 25-26 minutes even in close games, which is a bit problematic from an upside perspective. But the good news is that he is coming cheap and this really is one of the ideal matchups in fantasy basketball at this point. The Hornets run a breakneck pace and aren’t a very good defensive team. Vanderbilt rebounds the position well which keeps his floor high enough at these price points. I think I’m going to take the risk here.

If looking for a cheaper way to get out of a thinner position, Batum could fit the bill here on both sites. He’s in the starting lineup with the Clippers dealing with some injury issues and could run minutes in the high-20s once again in this game. It’s not a great matchup, but Batum was solid on Monday against the Warriors, putting up 14 points and eight rebounds. He’s coming near the minimum on both DraftKings and FanDuel which really does help in lineup construction.