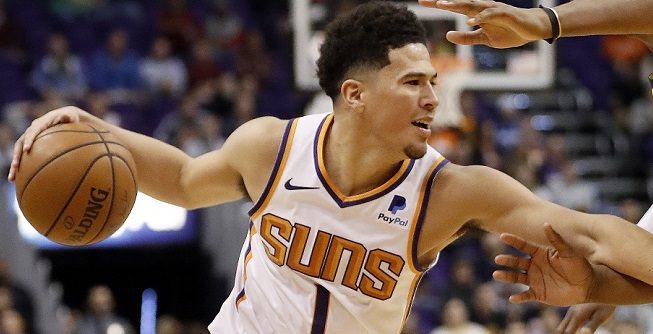 This is my final article before the All-Star break. It's safe to say that it was one of the craziest first halves ever in the history of the NBA, but it seems like the bulk of the craziness is behind us. All the COVID stuff has died down in the NBA, but the injuries are still coming in hot. That's going to be a significant theme in this article, so let's kick things off with two point guards who benefit from others' mishaps!

This pricing is honestly stupid. I mean, who the heck do the Nets have right now? James Harden is dancing in Philly while Kevin Durant, Kyrie Irving, and Ben Simmons are all in street clothes. That means Curry is the offense right now, putting him in line for 35 minutes, 20 shots, and a 30 percent usage rate. That certainly appeared to be the case in his debut, with Seth collecting 23 points, five rebounds, and seven assists across 32 minutes of play. All of that makes him impossible to fade at this sub-$6K price tag, especially since he faces a subpar Knicks defense.

Tyus has always been tremendous when filling in for Ja Morant. It looks like he'll have to do that again, with Morant sitting out on Tuesday. Jones got the start at point guard in his absence, tallying 27 points and nine assists in one of the best games of his career. That's a ridiculous line from a guy flirting with the minimum in terms of pricing, but Tyus has been averaging close to 30 fantasy points per game in this starting role since the start of last season. The best part of this is the matchup, though, with Portland ranked 24th in points allowed and 28th in defensive efficiency. All you need is 20-25 fantasy points for Jones to be a great value, and that seems like his floor with so much in his favor.

Kemba Walker is still below $5K on both sites and has at least 27 DK points in the last two games without R.J. Barrett.

Booker has been playing some of the best basketball of his career recently. He's scored at least 35 DraftKings points in 16 of his last 17 games, posting a 45-point average in that span. His aggressiveness led to this bump, with Book attempting over 24 shots a game in that super stretch. A sharpshooter like this getting up this many shots is an ominous sign for opposing defenses because he can drop a 40-point game on any given night. The matchup with Houston is the icing on the cake, though, with the Rockets ranked second in pace and dead-last in defensive efficiency.

Ayo has been one of the biggest steals of the NBA draft. This dude has come in and played a pivotal role for the Bulls, stepping up without Zach LaVine, Lonzo Ball, and Alex Caruso. Those three have left Dosunmu with all the minutes he can handle, with Ayo averaging 31 DK points per game across 38 minutes a night over the last 17 games played. More importantly, his ball-handling and shot attempts have gone up without LaVine, and that's a beautiful combo with his 40 minutes. Not to mention, Sacramento ranks 29th in both points allowed and defensive efficiency.

Buddy Hield has been one of the key pieces of the Pacer's offense since that strange trade.

Hart has remained below $7K all season long, and it makes no sense. This guy is one of the best stat-stuffers in the NBA, providing one of the best rebounding rates for any guard out there. That's led to him scoring at least 24 DraftKings points in 25 straight games, averaging 35 fantasy points per game in that span. That's actually above our projections, and he was doing that damage on a talented New Orleans roster. That's far from the case in Portland, with Hart looking like one of the focal points of this putrid Portland offense. That was on full display when he had 50 DK points in his most recent outing!

If Morant does end up sitting here, Bane is one of the best plays on the board. He's usually the key to this offense when Morant is off the floor, leading the team with a 29 percent usage rate. He's also averaging over 35 DraftKings points per game when Ja sits, seeing his minutes and shot attempts increase drastically. That makes him really hard to overlook against one of the worst defenses in the NBA, with the Trail Blazers surrendering the fourth-most fantasy points to opposing wings. A blowout would be the only thing that would slow him down, but this sub-$7K price tag makes him well worth the risk.

Keep an eye on Donte DiVincenzo. He was a sneaky pickup for the Kings and had 36 DK points across 27 minutes in their most recent outing.

This dude has been unbelievable for two months now. He had a rare dud on Tuesday, but he was one of the most consistent players in the NBA before that. In fact, Sia had at least 36 DK points in 32 straight games, flirting with a 50-point average in that span. That absurd stretch is hard to believe, especially since Siakam still sits below $10K. There's also a chance that Fred VanVleet will sit here, and if that's the case, Siakam will see his usage rise as well. Facing the Timberwolves is tremendous, too, with Minnesota ranked third in pace and 21st in total defense.

It's safe to say that Kuzma is the primary playmaker for this Wizards offense. That's quite the sentence to digest, but it's 2022, so anything is possible. An injury to Bradley Beal set things off, but trading Spencer Dinwiddie really opened the door for Kuz to run the show. In the last three games without those guys, Kuzma is averaging nearly 44 DraftKings points per game. He's doing more ball-handling and distributing than ever, giving him the highest usage of his career. All of that looks even better in this matchup, with Indiana having a bottom-five defense since Myles Turner got injured. It's also likely to keep this game close, and blowout potential is one of the only things that limit Kuzma's upside.

Bruce Brown is just $4,000 on DraftKings and had 51 DK points in his most recent outing!

Jokic is the model of consistency. If the MVP award were based on statistics and true value to a team, The Joker would be a clear-cut favorite to repeat. In any case, he's the best player in fantasy, and no one could argue that. He's leading all players with over 60 DK points per game, scoring at least 41 DK points in all but one game this season. Some of you might worry that he faces a stingy Golden State defense, but their center position is undoubtedly their biggest weakness. That was on full display when Jokic had 22 points and 19 rebounds en route to 62 DK points in their one meeting earlier this season.

Capela had a massive stinker on Tuesday, but there are some really encouraging signs. The most important thing is that he's played at least 30 minutes in back-to-back games! That directly correlates with the John Collins injury, and we genuinely believe that Cap is an $8K player in a 30-minute role. It certainly says so in the numbers, with Capela averaging 33 DK points per game across 28 minutes a night for the season. He's quite simply a per-minute monster, and he could easily have a 20-20 gem in this sort of role. Not to mention, Orlando ranks 23rd in defensive efficiency while surrendering the third-most fantasy points to opposing centers.

If you hear that Andre Drummond is starting for the Nets again, he's got too much upside to be $6K!