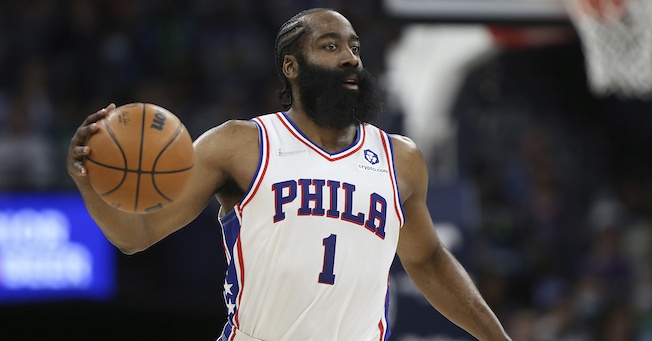 We're down to about one month of NBA basketball! This season has flown by, and I'm disappointed that it's winding down to an end. In any case, it makes these final five weeks extremely exciting because most teams are still in the race. Many teams here are battling for playoff positioning, and it looks like we'll have a ton of close games on this ledger. There's a lot to discuss with this Wednesday card, so let's get started with a couple of cheap point guards.

The Cavaliers backcourt has been throttled by injuries, but Goodwin has been a pleasant surprise for them. He's scored at least 23 DraftKings points in four of his five starts this season, averaging over 34 DK points per game in those four outings. That's a ridiculous total from a player sitting around $6K, and he should be a lock for 35-40 minutes with Darius Garland, Collin Sexton, and Rajon Rondo all injured. Getting to face Charlotte might be the best part of this, though, with the Hornets ranked second in pace, 23rd in defensive efficiency, and 28th in points allowed. BG actually played them in one of his five starts, collecting 39 DK points across 36 minutes of action in one of the best games of his career!

Gabe has been underrated all season long. He's filled in for Tyler Herro and Kyle Lowry at different times this season, starting at point guard in 20 games. He's actually scored at least 21 DK points in 18 of those, providing a 28-point average in those outings. That's a ridiculous total from a $4K player, and we simply can't overlook the fact that he's playing 30-plus minutes in this expanded role. Milwaukee sounds like a tough matchup on the surface, but they rank sixth in pace and 16th in total defense. We just love this pricing with Vincent because it makes it so much easier to get studs into your lineup, and that's where we're going to next!

Dennis Schroder will be a great option if Kevin Porter is out again.

Harden is one of my favorite players in the NBA because he's one of the best offensive players I've ever seen. Many people complain about his flopping or poor teamwork, but he is a master at his craft. He wasn't showing that in his final days with the Nets, but 56 points, 18 rebounds, 28 assists, and five steals through his first two games with Philly shows just how motivated Harden is right now. That's the stud we saw in Houston, and it should continue in a matchup like this. The Knicks rank 17th in defensive efficiency ratings, with James averaging 73 DraftKings points per game in their two meetings this season.

We said last week that Booker would get above $10,000 on both sites, and we're finally getting close to that number. We want to use him every night until then, with Book running this Suns offense in the absence of Chris Paul. He averaged 25 shots per game when CP3 was playing, and it's scary that he's handling the ball and playing a distributor role as well now. That's led to Booker scoring at least 43 fantasy points in seven of his last eight games, providing a 51-point average in that span. The matchup with the Trail Blazers is tremendous, too, with Portland ranked 25th in points allowed and 28th in defensive efficiency.

Facing Houston is a cheat code, and Donovan Mitchell should drop 40-50 DK points on them at ease.

Tyler is well on his way to a Sixth Man of the Year Award, and it's easy to see why when looking at his numbers. The stud from Kentucky has a 28 percent usage rate for the season, en route to a 34-point average. Both of those numbers creep up without Lowry, getting his usage north of 30 percent. That's scary for the Bucks because Herro has at least 38 DK points in two of their three meetings this season. Ranking fifth in pace makes high usage guys even more valuable, and we should be looking at another 30-35 minutes, 15-20 shots, and 30 percent usage rate from Herro once again.

Markkanen has been frustrating to trust at times this season, but he's been stellar since returning from injury. All of the injuries in Cleveland have really opened things up for many of these guys, leading to Lauri scoring at least 34 DraftKings points in three of his last five games. That's tough to find from a sub-$6K player, especially one that's seeing his usage on the rise. Getting to face Charlotte is the icing on the cake, though, with the Hornets ranked third in pace, 28th in points allowed, and 23rd in defensive efficiency. In their two matchups this season, Markkanen has maintained a 31-point average across 34 minutes a night.

Cameron Johnson has been starting in the absence of Chris Paul, scoring 37 DK points in two of the last three games.

Giannis probably isn't in the MVP running, but his numbers would argue that he should be. This dude is in the midst of another MVP campaign, averaging 29.4 points, 11.4 rebounds, and 6.0 assists per game. That's led to a fantastic floor, too, scoring at least 55 DraftKings points in 11 of his last 14 games en route to a 59-point average. That makes him worth it at any salary, and it might be a good time to use him because there might be some low ownership on him in this tough matchup. Just get those guaranteed 50-60 fantasy points into your lineup and figure things out from there because this dude is matchup proof!

This one could come back and bite us in the butt, but Lyles could end up being one of the best values on the board. He was certainly that on Monday, accruing 35 DraftKings points across 31 minutes of play. That equates to 10X value at this dirt-cheap price tag, and we have to believe he'll get another start at PF with Richaun Holmes injured and Chimezie Metu being excised from the rotation. They also acquired him at the deadline, and it looks like he will fill the Marvin Bagley role. All of that makes him tough to fade at such a cheap price, particularly against a Pelicans team that ranks 18th in defensive efficiency ratings.

If you want to take a risk on Portland's frontcourt, Greg Brown or Trent Watford should play 25-30 minutes.

Man, Mo has been tough to figure out. What we do know is that this guy is a beast when given the opportunity. He's averaging 27 DK points per game across 26 minutes a night for the season, which is more indicative of a $6K player. If you look at the 31 games he's played over 25 minutes, Bamba averages 34 DraftKings points per game. The reason we believe he'll crack that number here is that he played 30 minutes on Monday and needs to get more playing time to develop. This is a team going nowhere, and it's time to give Mo the minutes he deserves! Getting to face the Pacers is fantastic, too, with Indiana ranked 22nd in points allowed and 27th in defensive efficiency.

Smith was well on his way to a masterpiece on Monday, but an ejection cut him short. He had 24 DK points across 24 minutes in a rare start, marking the fifth time he's scored at least 24 DK points in his last six outings. Much like Mo, Jalen is a monster when given the minutes. The 21-year-old has scored at least 28 DK points in seven of the last eight games he's played at least 24 minutes, generating a 31-point average in that span. It looks like 25 minutes will be his floor for his new team, making him an excellent play at such a diminished price tag. Not to mention, Orlando owns a 27th OPRK against opposing centers!

Nikola Jokic is the best player in fantasy if you have the salary.