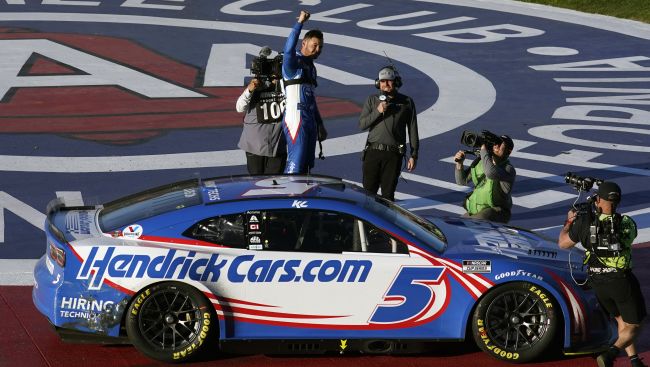 Chris Durell will be bringing you his weekly race breakdown, top trends, and top targets to help you cash on DraftKings and FanDuel. He also provides a comprehensive cheatsheet looking at current and career track history, current form, fantasy averages, trends, practice/qualifying information, and then puts it all together with a customizable model. Get your copy by visiting our "Chris's DFS Sheets" page.

Now’s your chance to get DFSR PRO, which will give you access to our NBA, NHL, PGA, NFL, & MLB optimizers and our new player lab! Get started for free by clicking the button below.

If I was a betting man(*giggles), I would say NASCAR is very pleased with the start of the 2022 season as a brand new hybrid Atlanta produced a fifth different winner on the season. The series now heads to Circuit of the Americas as the NextGen car will be debuted at its first road course race of the season. Last year was COTA's debut in NASCAR and it saw the series' top road course racer, Chase Elliott, take home the checkered flag and the race produced almost double the passing of any of the six road courses used last season.

For fantasy, while track position is always important at a road course, we can't ignore the possibility of multiple drivers tallying double-digit place differential and thus pushing into the optimal lineups. At the end of the day, however, it comes down to qualifying which comes right after the 50-minute practice session. Stay tuned to the cheatsheet for updates along with my final targets and rankings in my player pool. Then join me on YouTube channel Sunday morning for my raceday live show at 12:30 pm ET.

With all that said, let's now take a look at some early targets based on early-season success, track history, and road course history.

It would be a crime to not start a road course article without mentioning Hendrick teammates Kyle Larson and Chase Elliot. Between them, they won five of the seven road course races(Larson-3, Elliot-2) in 2021 and were the only two drivers with five Top 5 finishes and both led 100+ laps.

Neither comes in with the best form starting with Larson having DNF's in two straight after engine issues at Phoenix and crashed out at Atlanta. I am not worried though based on the road course success I mentioned above and before those two terrible finishes had a 2nd at Las Vegas and won at Fontana. Elliott has been the more consistent of the two with three Top 10's and the fourth-best average finish(12.4) in the series through five races but has yet to crack the Top 5. I am expecting it this week and will have a ton of exposure to both in all formats. 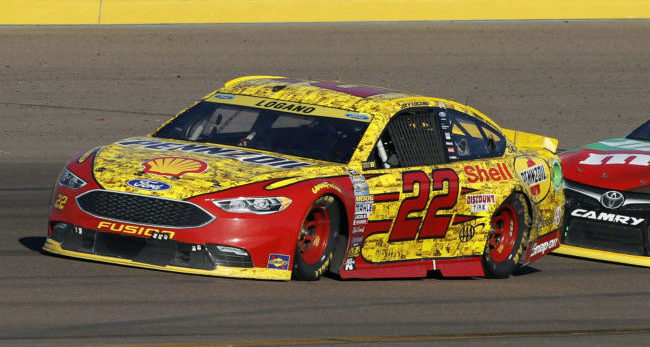 There is a lot to like about Logano this week starting with the fact he comes in at a season-low $9,100(9th in salary) on DraftKings. The #22 has also been consistent since leaving Daytona with three Top 10 finishes in the last four races and has the third-best average finish(11.4) on the season. It gets better as he had a terrific run here last year leading 14 laps en route to a T3 finish which was a part of a strong run on the road courses last year as he finished with three Top 5's and four Top 10's. Unless he has a lack of speed or mechanical issues in practice/qualifying, Logano will be a part of my core this week in all formats.

No driver has been more consistent to start the season than Kurt Busch in the #45 car. He is the only driver in the series to finish Top 20 in all five races and despite no notches in the win column, leads all drivers in average finish(9.6) and both DraftKings(48.5) and FanDuel(63.8) points per race. He now returns to COTA where rain made it even more interesting than it was leading up to the NASCAR debut at the track. Kurt ran Top 12 most of the race before hydroplaning and ending up 27th. Outside that race, he was very consistent on road courses with four Top 10's in the other six races and the 5th best average finish of all drivers.

One driver in the value range I will be watching closely in practice and qualifying is Cole Custer. Like Kurt Busch, he was a victim of the rain here at COTA last year as he, with no visibility, crashed hard into the rear of Martin Truex who was slow on the track. Take that race away, however, and Custer finished Top 20 in five of the other six races with an 18.5 average finish. I will be interested should he qualify outside the Top 20 and very interested if he qualifies outside the Top 25.